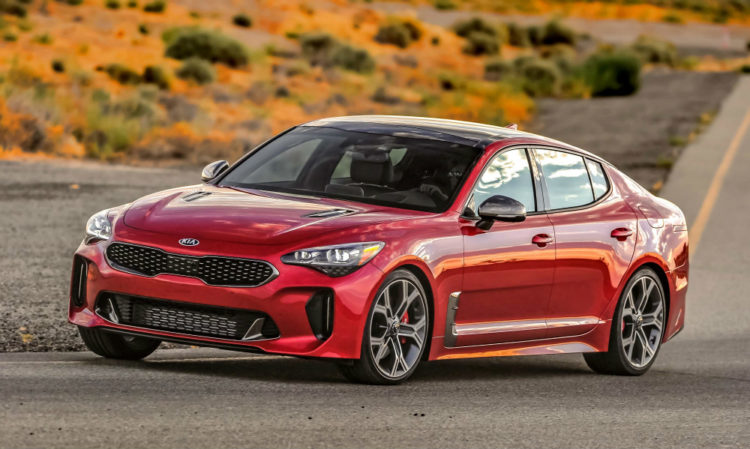 To boldly go where no Kia has gone before. That is the mission of the Stinger, Kia’s first sports saloon.

Ambitiously, Kia has BMW in its sights, which is why the Stinger is rear-wheel-drive like most BMWs.

But the Stinger is no BMW clone. Sitting low and wide, it has a feral face backed by old-school muscle-car proportions – a long bonnet, short front overhang, broad rear haunches, a fastback tail and a distinct cab-backwards stance.

Two engine variants will be sold here, both turbocharged: a 2-litre 4-pot with 244bhp and a range-topping 3.3-litre V6 with 365bhp. Both are served by an 8-speed ZF autobox with paddle shifters.

Kia says that the Stinger is benchmarked against BMW’s 4 Series Gran Coupe. But at 4.83m, the Kia is about 20cm longer. As a result, it trumps the German on cabin space, particularly rear legroom where it holds an almost 7cm advantage, as well as boot space.

The seating position is low and snug as befits the car’s sporty nature. The cabin is as stylish as the exterior – the dashtop is trimmed in leather-like material, the brushed metal finish on the centre console and fascia is classy and the trio of chrome-ringed eyeball vents on the dash looks very Mercedes-like, as do the perforated metal tweeter grilles on the front edge of the door panels.

Build quality and materials are a cut above other Kias, if not quite on a par with the premium European marques. Equipment level is generous, with even the base 2-litre fitted with adaptive damping, full LED headlamps, head-up display, wireless smartphone charging, a powered tailgate and a full suite of electronic driver and safety aids. 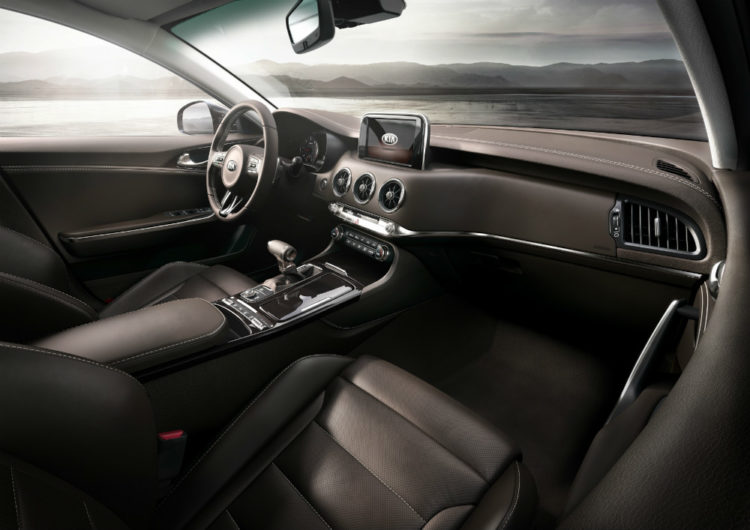 Added to the 3.3-litre V6 model are Brembo brakes, a Harman Kardon sound system and an 8-inch infotainment touchscreen with sat-nav, Android Auto and Apple CarPlay.

Five modes are on offer: Eco, Comfort, Sport, Sport+ and Smart (where the car selects what it thinks are the best settings based on your driving style).

In its press materials, Kia has wisely avoided overselling the Stinger’s performance credentials. It says the Stinger is not about outright power or hard-edged dynamics, but is intended as a car that a keen driver would take for a long, fast road trip. A gran turismo, in other words, albeit one developed extensively at the Nurburgring.

Despite the Stinger not being a hardcore performance car, the 2-litre model hits 100km/h in six seconds, while the 3.3 does so in just 4.9.

It is also fun to drive. On the twisty Mallorca Circuit, the 3.3-litre feels planted and stable. And out of tighter corners, the tail is happy to edge out for a bit of smoky drifting, without once feeling hairy or snappy.

The quick-geared steering is well-weighted and linear, if slightly lacking in feel. 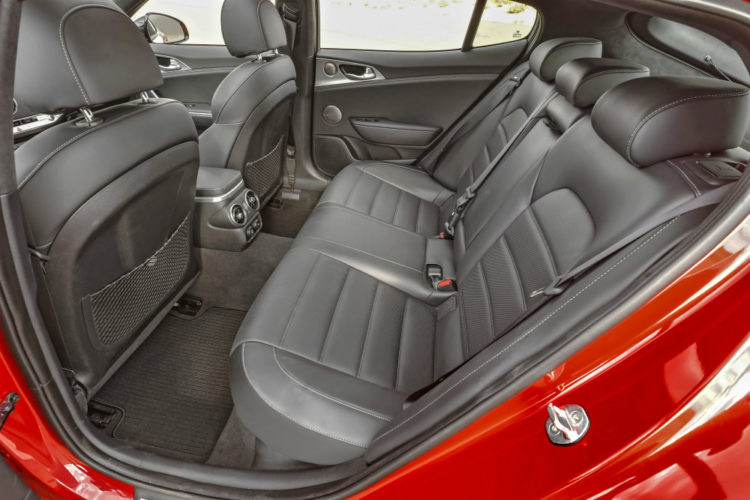 The car’s reactions are keen, rather than razor sharp. On the track, it feels best being driven at about eight-tenths, not flat out.

Still, the chassis is balanced and well-sorted, as evident on Mallorca’s hilly country roads.

The 3.3 with optional all-wheel-drive rides beautifully. Even in Sport+, the car remains pliant over every type of surface and flows down the road with a lovely, loose-limbed fluidity.

The V6 engine is lusty, with solid low and mid-range punch and a nice purr from the exhaust. A slightly weak link is the gearbox, whose nicely slurred upshifts are fine, but which would have benefited from a snappier response to the paddle shifters. Driven hard, the changes also lack the immediacy of a dual-clutch gearbox or even some of the better torque-converter autos.

The rear-wheel-drive 2.0 has a keener steering response and the car feels more agile and lighter on its feet. But its ride is less well-controlled, with the car floating and bobbing over undulations. Odd, because given its 200kg weight advantage over the 3.3, it should have been more composed.

This niggle apart, Kia has a superb halo product in the Stinger. When it launches here early next year, it is sure to undercut equivalent German offerings (and other potential alternatives such as the Infiniti Q50 and Jaguar XE) on price.

But even without that advantage, it is well able to hold its own. If you did not know better, you would think Kia was a seasoned sports saloon maker and not a newcomer. 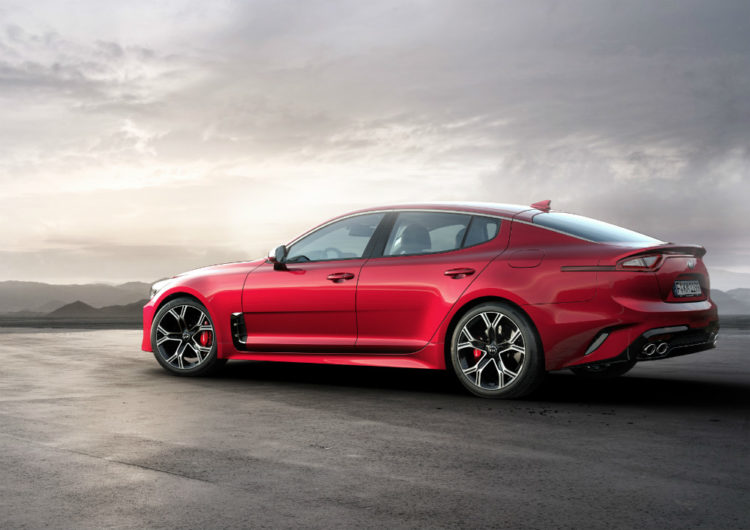