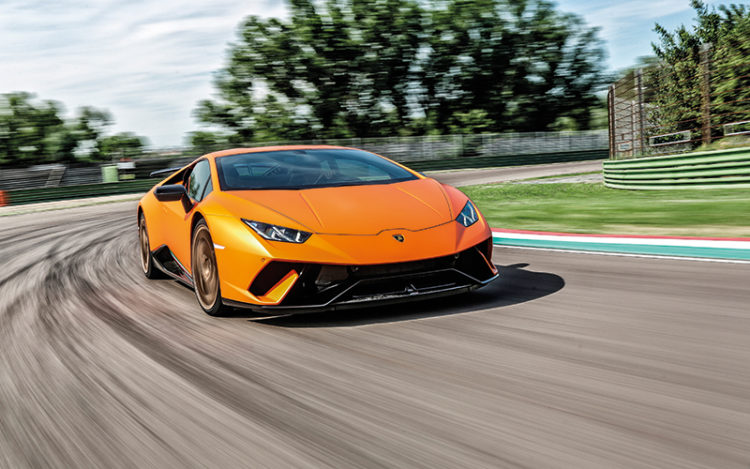 The Huracan Performante lapped the Nurburgring Nordschleife in 6 minutes and 52 seconds. Not only is this timing under the magic 7-minute mark, it beat the more powerful Aventador SV and also eclipsed the great Porsche 918 Spyder by a full 5 seconds.

The new Huracan Performante embodies elements of the Gallardo Superleggera such as reduced weight and additional power.

By using forged carbon fibre to substitute for some body components and lightweight titanium for the exhaust system, Lambo engineers have managed to pare 40kg from the coupe. They have also given the 5.2-litre V10 engine a new set of titanium valves and raised the output to 640bhp – 30bhp more than the regular Huracan.

The suspension has been suitably uprated by 10 percent and the roll stiffness increased by 15 percent.

The incredible grip from those tyres also gives the car a stunning launch capability – zero to 100km/h in 2.9 seconds, shaving 0.3 of a second.

In order to achieve that incredible lap time, Lamborghini had to dig deep, beyond just adding power and cutting weight. So the company developed ALA (Aerodinamica Lamborghini Attiva), a very clever active-aerodynamics system without visible moving parts.

The Performante’s aero system looks like any fixed-wing setup, but closer inspection reveals vents along the underside of the rear wing – not unlike how the Dyson bladeless fan operates. 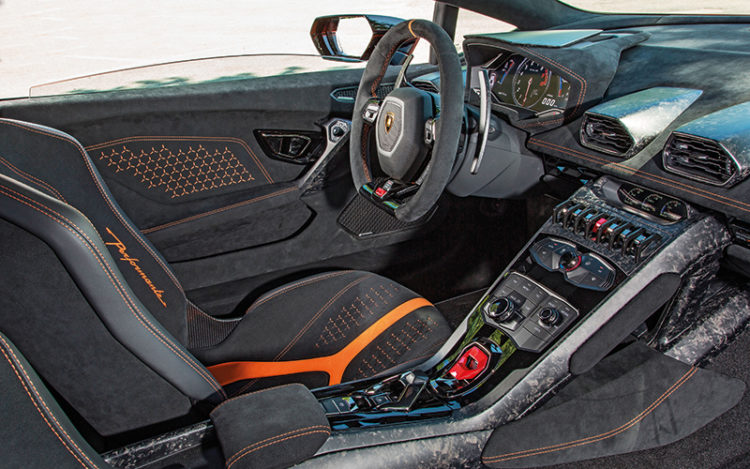 By allowing pressurised air channelled from high-pressure areas on the body to flow through these vents, both downforce and drag can be optimised.

Hidden valves under the base of the rear wing control the airflow to the left and right side. When the valves are completely shut, the internal airflow of the wing is allowed to provide maximum downforce.

The ALA falls under the control of Lamborghini’s Piattaforma Inerziale (LPI) central computer, which determines whether to trim or increase drag proportionally between front and rear, or even between left and right of the wing, so as to ensure the most ideal aerodynamics in every driving scenario.

When the Huracan is racing towards a corner, for instance, the system adjusts for low downforce and low drag.

As soon as the driver hits the brakes, the system shuts the vents and develops maximum downforce for braking and cornering. At the apex, when the driver gets back on the throttle pedal, the rear wing is trimmed such that downforce is increased over the inside rear wheel to optimise traction as the car accelerates hard. It’s a form of aero-vectoring.

The Lambo’s stability during high-speed cornering is remarkable, allowing the committed driver to maintain a higher average speed throughout. 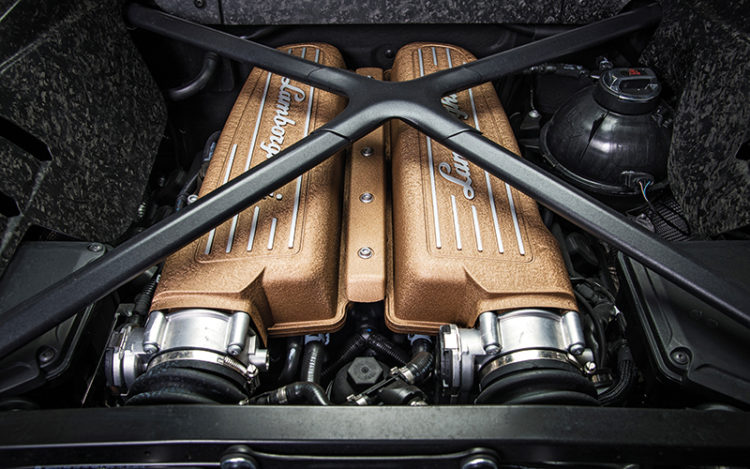 The Performante’s V10 powerplant has its own bronze manifold cover and repositioned, racier-sounding exhaust pipes.