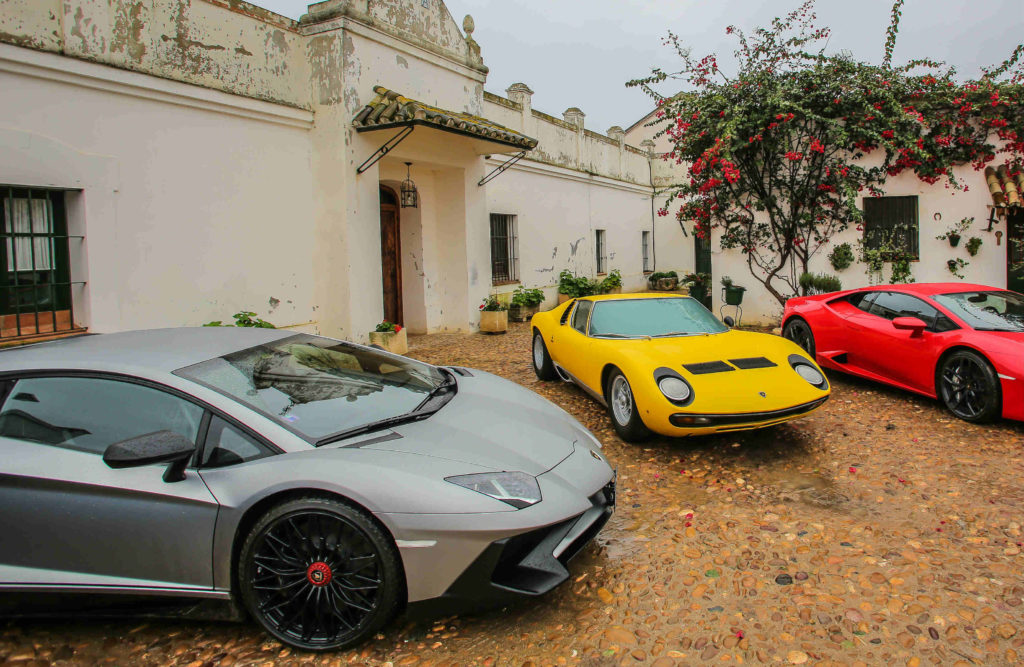 Just over 50 years ago, an Italian company better known then for building tractors than cars stunned the world with a radical racer.

Named after Spain’s most renowned fighting-bull breeder, the Miura, Lamborghini’s first attempt at a sportscar, was launched to an awe-struck world in 1966 and rocked the establishment.

One of the earliest creations of design maestro Marcello Gandini, the Miura was extraordinary – unbelievably lithe and low, and using a hitherto unheard-of layout for a road car.

Its mid-engined two-seater format had till then been the preserve of endurance race cars but, following the Miura’s lead, the layout quickly became the template for every serious supercar, even to this day.

The 12-cylinder 4-litre Miura catapulted Lamborghini into the ranks of exotic marques, transforming the brand’s reputation as a fledgling manufacturer of luxury coupes (the first Lamborghini car was the 350GT grand tourer of 1963) into that of a supercar builder.

In the ensuing decades, Lamborghini followed up with other ground-breaking supercars – Countach, Diablo, Murcielago and Aventador – but the iconic, impossibly beautiful Miura will always be the one that started it all.

Which is why one morning last month, I found myself standing in a muddy farm in the remote, windswept Andalusian countryside.

To commemorate the 50th anniversary of its greatest model, Lamborghini organised a pilgrimage of sorts for a few motoring writers to the place that lent its name to the car: the Miura bull farm, where for 150 years, successive generations of the Miura family have bred many of Spain’s greatest fighting bulls.

The day before, we had set off from Madrid on an epic drive in a psychedelic convoy – six cars representing most of Lamborghini’s current range, from the 580bhp Huracan LP580-2 to the fire-breathing 750bhp Aventador SV.

We covered several high-speed highways which allowed us to savour the cars’ ballistic straight-line pace and meandering backroads, showcasing their race car-like agility and roadholding. We made short work of the 600km drive to the town of Carmona, our overnight stop before our visit the next morning to the Miura farm.

We, however, did not admire the imposing bulls glaring menacingly at us from their pens. Sitting quietly in one of the inner compounds was a pristine yellow Miura SV, the last and most potent version of the Miura, plucked from Lamborghini’s museum. 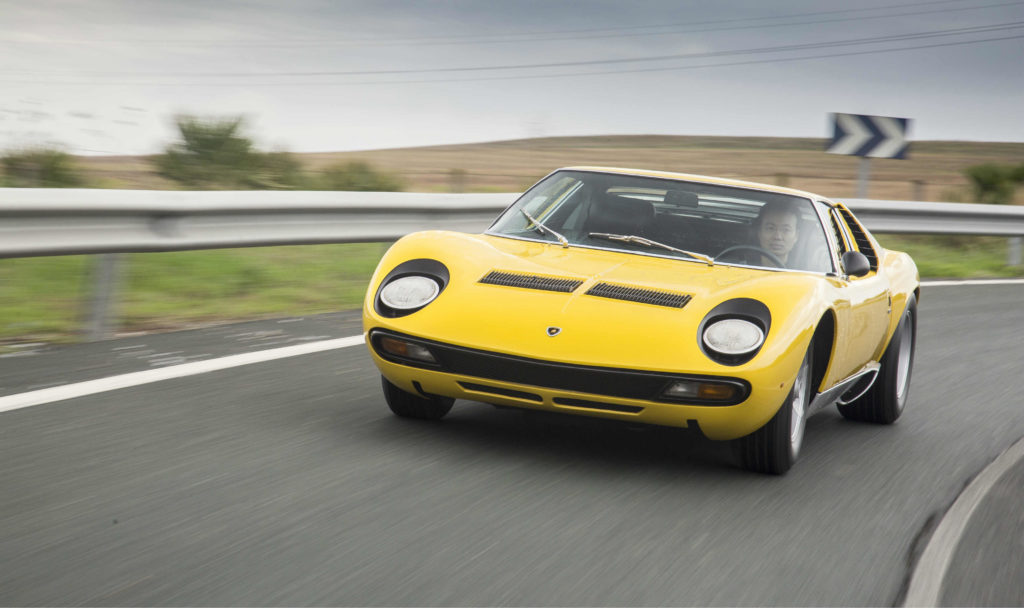 I was handed the keys and told to take it for a spin. Which I gladly did, punting this immaculate, priceless museum piece around the sweeping, undulating roads of the surrounding countryside.

Certainly, the rear-wheel-drive Miura felt nothing like a modern supercar – its unassisted steering was low-geared and heavy, and gear change was slow and demanded a firm, positive hand. Its non-adjustable steering wheel was an uncomfortable stretch for anyone not endowed with orangutan arms.

But with a kerb weight of not much over a tonne, the car’s 385bhp delivered urgent acceleration on a par with say, a quick latter-day hot hatch.

But no hot hatch (or anything else for that matter) could have matched the Miura’s exhilarating soundtrack at maximum attack as its V12 rasped and howled towards its 7850rpm redline. Half a century ago, when the average family saloon could barely wheeze its way to 100km/h in 20 seconds, noise and performance like this must have been mind-blowing.

Driving such an iconic car through the rolling landscape – caressing the thin Bakelite wheel, carefully rev-matching on downshifts and listening to the snorting, bellowing engine – is on every petrolhead’s bucket list.

But another moment to check off my bucket list was to follow: I stepped out of the Miura and into the Aventador SV.

I sped through some deserted roads, diving and ducking through the hills, exploring the all-wheel- drive supercar’s high roadholding limits, and running up through the gears and down again for the thrill of hearing its naturally aspirated 6.5-litre V12 howl and crackle, and to feel its warp-speed thrust.

Through sleepy hilltop villages, I slowed to a trundle to avoid upsetting the locals. Not that there was any danger of that – kids waved, youth and adults whipped out smartphones and, twice, people hopped into their beat-up hatchbacks to follow me. With a century sprint of 2.8 seconds, the Aventador left them in its noisy but glorious wake.

To drive Lamborghini’s first and latest supercars back to back was to experience how far the company has come in half a century, but also how it has held true to its philosophy. The gulf between the cars is vast of course – the Aventador differs from the Miura in every objective aspect – acceleration, roadholding, braking, safety and user-friendliness.

But in so many ways – their mid-engined layout, howling V12’s, visual drama and the sheer buzz they give the driver – the kinship is also clear.

The Miura may be 50 years old, but its spirit and influence live on in every Lamborghini today. 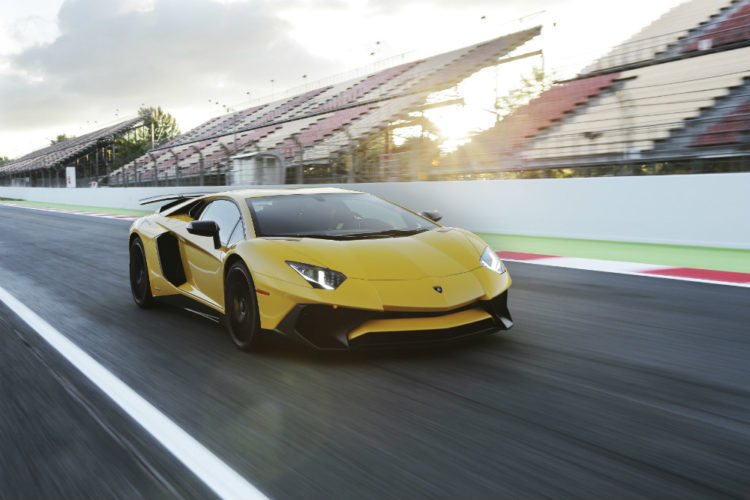