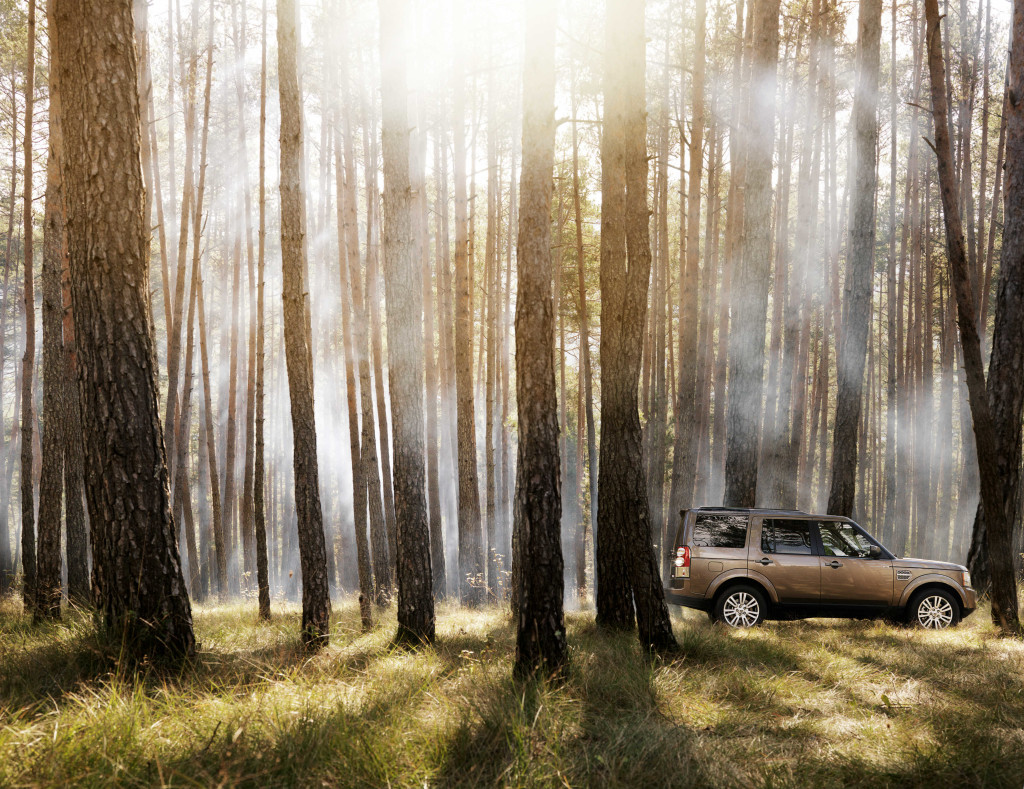 In the battleground that is the SUV segment, the Discovery 4×4 is the 4-star general of vehicular versatility (and the new Discovery Sport is a comrade in arms). It is equipped to survive a concrete jungle and built to thrive in a real jungle with flora and fauna, all while ferrying up to six passengers in style and comfort. Imagine the best of Popular Mechanics and National Geographic coming together in one outstanding machine for the outdoorsy. This is the automotive equivalent of the Swiss Army knife; a multi-tasking motoring tool that takes the rough with the smooth.

It’s called Discovery 4, but it’s more like Discovery 3.5, because the basic size, shape and setup have been carried over. This is a major update, in other words, but it works. Most of the “renovation” was done to the cabin and engine bay, with the exterior receiving less attention. But Land Rover got its priorities right here, because the straight-cut styling of the Discovery 3 continues to be smashing (excuse my English, the car is British).

The three fresh body colours of Nara Bronze, Bali Blue and Ipanema Sand are, well, refreshing. The outright design changes, however, vary in their aesthetic success. The new headlamps look handsome with their LED “high-lights”, but they are less unique than the old set with its quirky jigsaw-style pattern. The more extensive colour coding is in line with the product’s “higher” premium positioning, but the previous model’s unpainted black fenders, bumpers and side mirror housings have a certain old skool cool. They have a utilitarian purpose, too, by collecting off-road cuts and scrapes less “painfully” than with lustrous paintwork. Then there is the asymmetry issue. Land Rover kept the fantastic asymmetric tailgate, but it added another air duct to the left side of the vehicle for engine ventilation. It used to be just one vent on the right side, with the solitary slot feeding air to the engine. 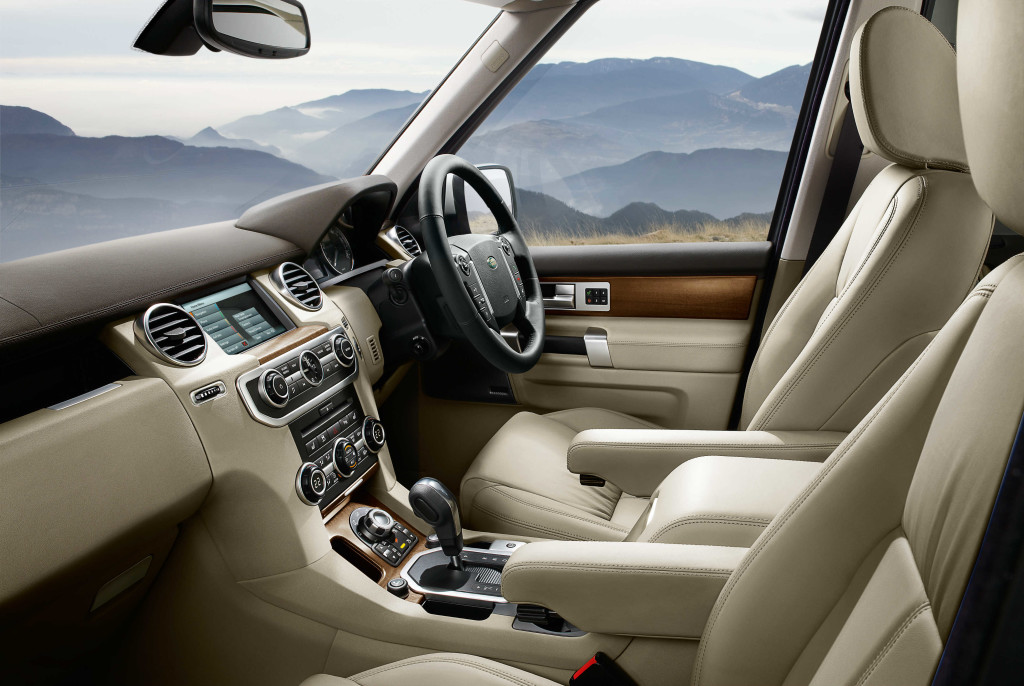 The Discovery’s biggest gains are found inside. If the exterior is an evolution, then the interior is almost a revolution. Almost, because the newcomer is still afflicted by the weaknesses of its predecessor. The cabin packaging, for example, isn’t very space efficient – the wheelbase is significantly longer than that of the Lexus RX (latest RX reviewed here) and the body is much larger, but the Japanese car is somehow roomier for rear passengers. Another inherited problem: The steering wheel is bigger than a large pizza, and made busier than before by a multitude of switches that control the stereo, trip computer, telephone and possibly the nearest train station, too. And considering how nicely the dashboard has been overhauled, the tacky armrest adjusters (apparently shared with the old Disco) stick out like a sore thumb.

The revised cockpit otherwise seems tight and looks right, while keeping true to the paramilitary personality of the previous cockpit. So I can wear army fatigues and still feel at home here, but I’ll have a bow tie on standby in one of my pockets, because the renewed Disco is a deluxe abode now.

It has acres of leather (hard-wearing yet soft to the touch) spread everywhere, including the dash top. Silver accents here and there, together with a choice of genuine wood trim, provide tasteful decoration. The console controls are classier and their layout is cleaner. The instrument cluster sports snazzier main meters which are also easier to read, while the gauges for fuel level and operating temperature have been replaced by digital readouts. Totally analogue, and a welcome counterpoint to the modern conveniences surrounding it, is the clock at the centre of the fascia.

The most important knob of all is the chunky controller for Terrain Response. It has been repositioned from behind the gearbox panel to in front and placed at an angle (it used to lay flat), making operation even more ergonomic. At the same time, the gadget has been restyled (no more levers and a lot less yellow emulsion) and now comes across as a high-end appliance rather than an industrial apparatus. Land Rover also took the opportunity to tweak Terrain Response and its HDC (Hill Descent Control) ancillary for even safer off-roading.

More gadgetry comes courtesy of the primary multi-function display. This neat touchscreen device, available on the high-spec HSE version of the Discovery 4 that I drove, consolidates the car’s infotainment, navigation and 4×4 driving data in an idiot-proof, full-colour format. It also doubles as the viewfinder for the newfangled Surround Camera System, which employs five electronic eyes (two on either end of the bumper’s airdam, two nestled below the wing mirrors and the fifth above the offset rear licence plate) to relay a nearly 360-degree digital view of the car’s immediate vicinity. This all-seeing array of cameras is not only useful for parking manoeuvres in congested town areas, but also for tactical movements in far-flung corners of our Lonely Planet.

Hearing that Disco diesel clatter is inevitable on the outside, but once I climb into the car and close the door behind me, the noise goes away. The throne-like driving position, with commanding views through the expansive windows and reflected from the massive mirrors, is now even more comfortable for royalty and park ranger alike, thanks to a stretched seat cushion and softer materials wherever I rest your arms.

Moving off, the first impression is of terrific low-end torque. Land Rover claims that 500Nm of the 3-litre TDV6’s maximum twisting force is delivered instantaneously when it’s pedal to the metal. That’s about as much torque as a BMW M5 in a hurry.

From behind the wheel, it feels like that point when a jumbo jet opens the throttles wide open on its turbofans and starts to lift. The Discovery stays planted on solid ground though as it accelerates, belting along on a seemingly relentless torrent of torque that is also unusually refined and impossibly responsive. It’s a diesel, so the rev limit on the tachometer is low compared to a petrol powerplant, but the way this sequential twin-turbo unit “swings” into action is highly impressive.

This is state-of-the-art diesel punch, with the performance sweet spot around 12 o’clock on the tacho (3000rpm) and between 50 and 90 on the speedo (that’s miles per hour). Similarly slick and quick is the 6-speed automatic, but it has no paddles for me to play with. Not that I really need them, because the gearbox does a great job of swopping ratios on the run.

Like before, the ride on the air suspension is slightly fidgety, especially over less than perfect tarmac, but it smoothens out considerably at higher speeds. Wind noise is well controlled, and the hardworking engine works in the background unless I wind down the window.

The Discovery 4 weighs even more than the VW Touareg V10 TDI, so handling is quite a handful, particularly on narrow rural roads that twist, turn and undulate. But improvements to the chassis and brakes have made it possible to hustle the Disco 4 harder through corners compared to the Disco 3. In fact, the car can achieve a decent pace from point to point if given enough road space ahead and alongside.

The Discovery 4 not only embodies 60 years of illustrious Land Rover 4×4 tradition and the modern technology to harness that heritage, it is also an urban weapon par excellence – with practical, protective seating for seven and the firepower to conquer the concrete jungle, taking no prisoners. No other vehicle on earth enables me to drop off a brat pack at school and then backpack to Timbuktu, 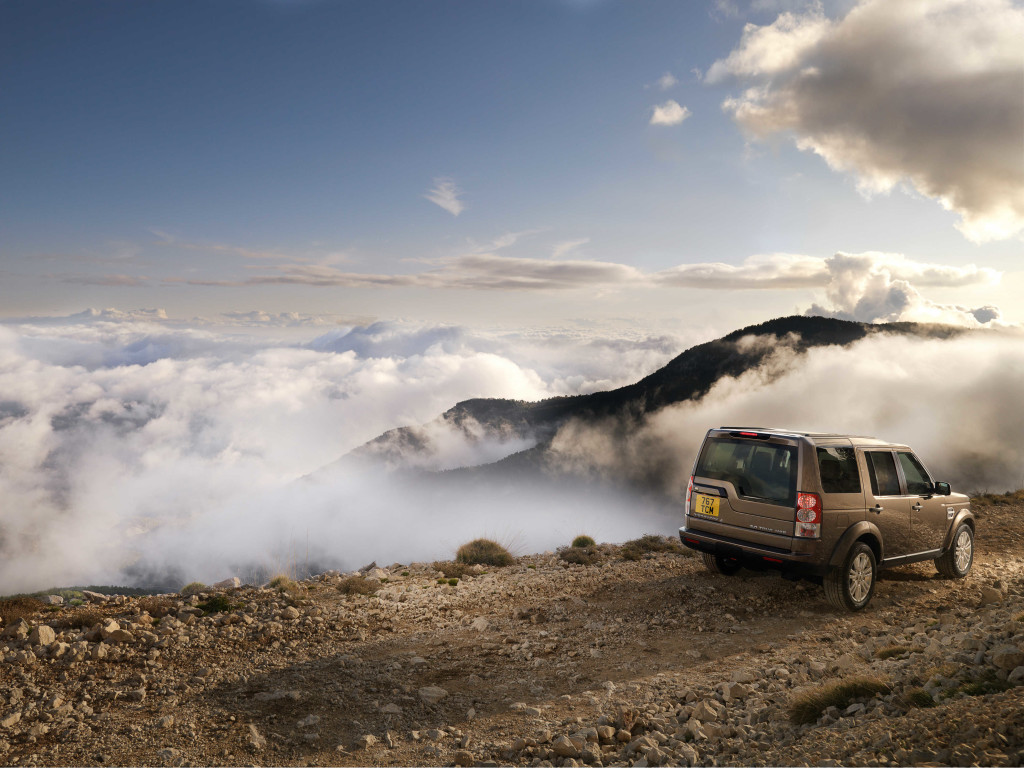