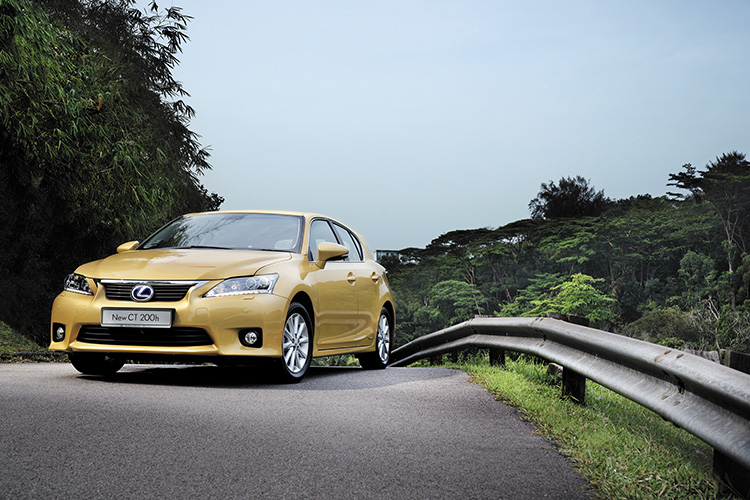 There is a reason premium car buyers in the know generally avoid entry-level models. These are the people not interested in mere style over actual substance – in other words, they won’t buy into fancy badges on a model lacking in equipment, power and worst of all, refinement. It is this minority segment that owns the mid- to high-end cars we all dream of owning someday.

Basic-tier luxury models, however, do serve an automaker’s long-term purpose, which is to reel in the young, upwardly mobile and make them identify with the brand. 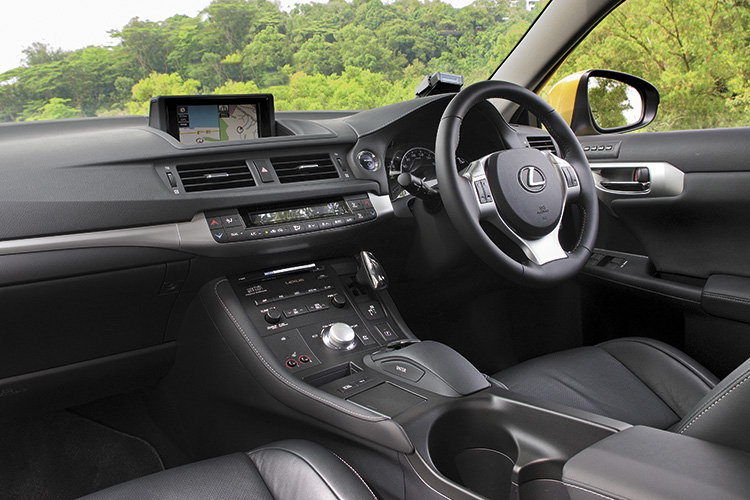 If it works out, said manufacturer creates a potential pool of customers who will be back, hopefully, to purchase the more expensive models in the future.

It is this strategy that Lexus is banking on with the CT200h. It is a bold, if not outright risky, move – considering our local context. For not only is the CT200h a hatchback bereft of the proper boot that buyers here crave, it is also only available as a hybrid. 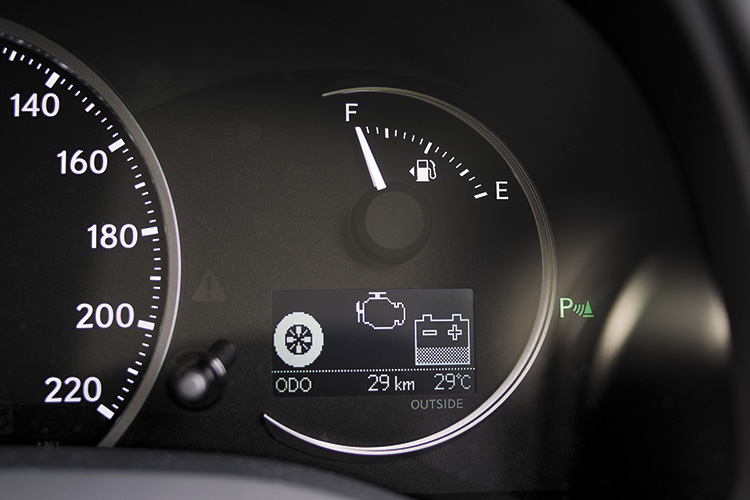 Then there’s the hatchback body style, which normally appeals to the youthful instead of the typically more mature (and well-heeled) Lexus clientele.

Lexus’ game plan, however, seems to be succeeding, judging by the 70 pre-orders the CT200h received prior to its launch. In fact, such is Lexus’ confidence that it expects the car to account for a third of all its Singapore sales in the near future. 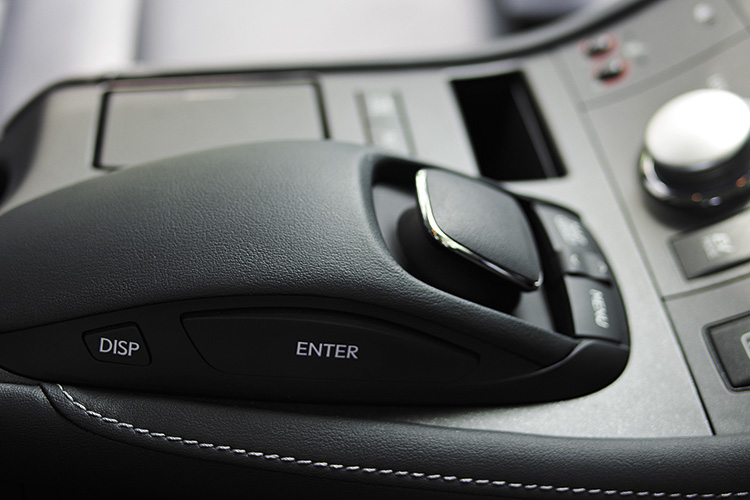 It is a daring claim to make, but it all becomes clear once you approach the CT200h. Look past the startling Flare Yellow paint job featured in these pages (the red works way better) and you’ll be met by a sharp but elegantly styled hatchback with an arrow-like face and low-slung stance.

Those knife-edged creases on the car’s nose are probably the ones responsible for its low drag coefficient of 0.28 – it looks like they were put there to slice through the air. 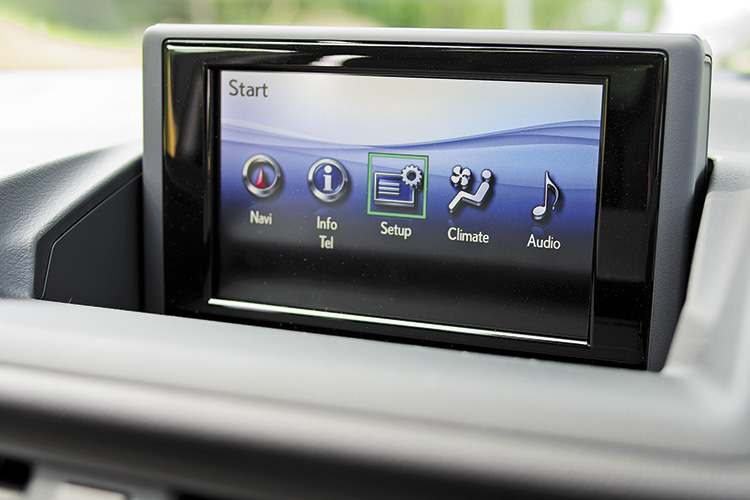 LCD screen that rises from the Lexus CT200h dash centre can be tilted for optimal viewing.

The athletic cues continue down the hatchback’s length, with subtle creases to give it an air of sportiness. While not as striking as the front, the rear end fortunately does not look like an afterthought – that element belongs to the rear passenger windows, which would have looked out of proportion to the ones in front if not for the additional “kink” behind them.

Certainly well intentioned is the CT200h cabin, which possesses a premium feel thanks to the smart cockpit and use of quality materials – some of which are particularly earth-friendly. Items such as the boot liner and floor carpets, for example, are made of a plastic containing up to 30 percent organic material. 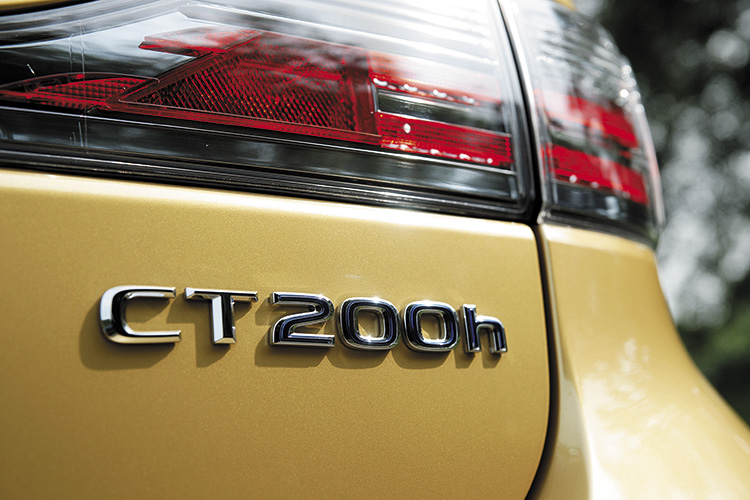 Ironically absent from the cars to be sold here, though, is the bamboo trim option. Its prevalence in Asian culture notwithstanding, bamboo also happens to be a very renewable wood source due to its ability to grow by as much as a foot a day.

Wonderfully present in this Premium variant, on the other hand, is the Mark Levinson audio unit, which now shows a marked improvement in terms of radio reception. 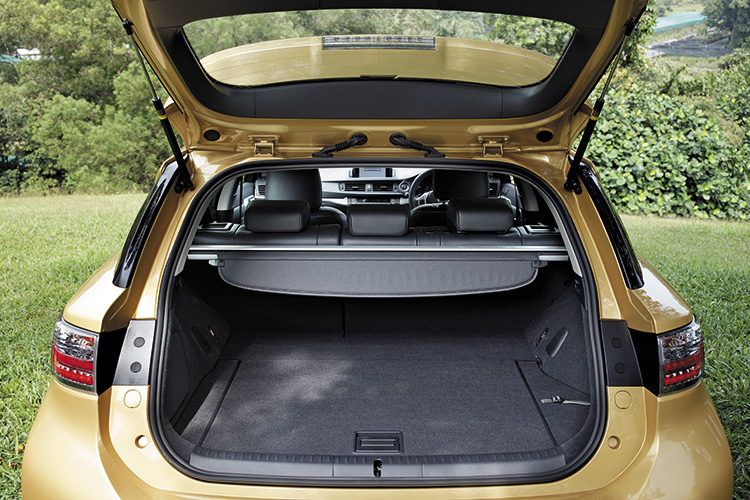 Also available is the mouse-like Remote Touch controller for browsing the on-board systems. It’s easy to use when switching between radio stations or your iPod tracks, but becomes cumbersome when you need to input a destination in the navigation menu. A touch-screen interface would have been better in this regard.

Also in need of improvement is the rear bench seat, which doesn’t offer much headroom and is outright stingy when it comes to foot space beneath the front seats. 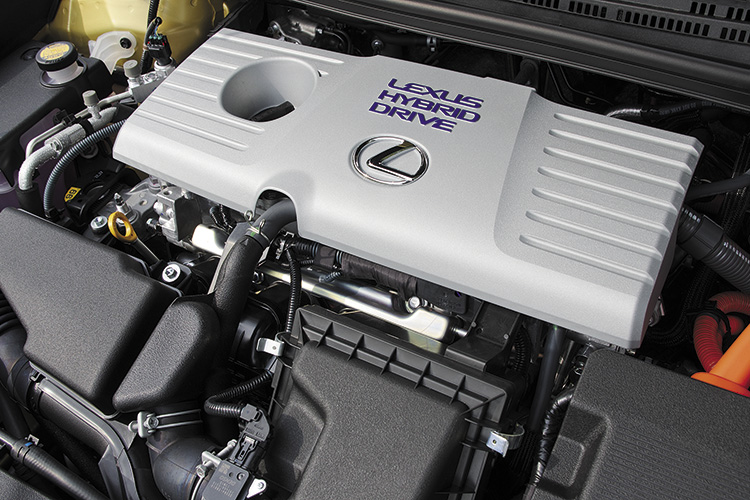 Lexus CT200h’s peppy and efficient drivetrain is derived from that in the third-generation Toyota Prius.

Then again, given the car’s compact size and the extra room occupied by the battery pack, the flat rear floor in the back can already be classified as an engineering feat.

What Lexus has further refined is the ultra-efficient 1.8-litre petrol-electric drivetrain lifted straight out of the Toyota Prius. Already known for its ability to operate seamlessly, Lexus has developed it to the point where you can barely feel the engine starting up as you move off. 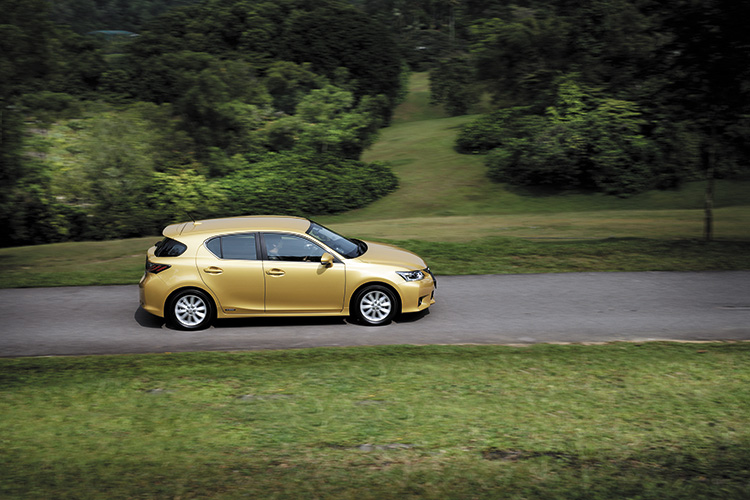 The Lexus CT200h redefines the concept of “entry-level luxury”.

Put your foot down and the drivetrain will respond in a manner befitting the mode the car is currently in. EV (electric vehicle) mode sees the CT200h silently running on its batteries alone (if they have enough charge), while Eco tells the car to behave more conservatively when it comes to power delivery and also air-con performance. The default Normal mode balances both extremes, but if you want to cut loose, then Sport mode is where things get interesting.

Turning the Drive Mode selector knob to Sport blacks out the eco-meter and illuminates the tachometer instead. The lighting also goes from blue to red to indicate this change. Unseen to the driver, the car becomes more liberal with the traction control settings and increases battery power from 500 to 650 volts to enable the driver to have a bit more “fun”. 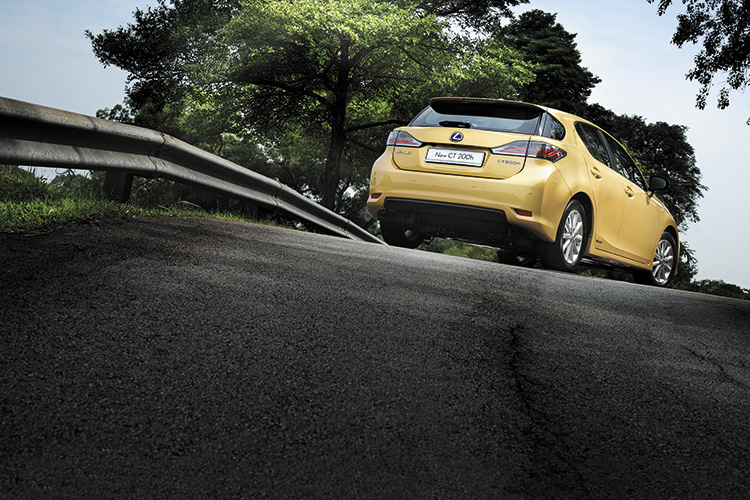 This amusement is, of course, limited to the engine firing up and kicking in at the slightest flex of your right foot, while the ride quality itself remains unchanged. Even with the double wishbone setup in the rear, handling is more composed rather than pointed – a trait that couldn’t be more Lexus-like. After all, we’re talking about an earth-friendly hybrid here.

Staying true to its purpose, the CT200h returned a respectable 17.5 kilometres per litre over six days of driving through a mix of roads. Although far from the claimed potential mileage of 26.3km/L, one can only imagine how this figure could be stretched with a combination of more eco-conscious (read: less impatient) driving habits and ideal traffic conditions.

Though not quite perfect, Lexus’ new entry-level player has what it takes to stand out when compared to lesser-equipped rivals. Its genuine cabin quality and seriously good fuel economy, wrapped in a stylish hatchback body, has given rise to a new segment of affordable, eco-luxury vehicles defined by Lexus.

Check out the latest Lexus CT200h