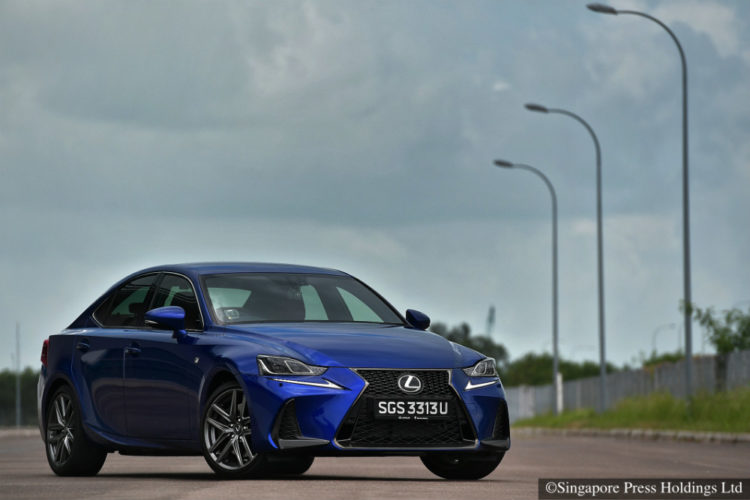 With the current generation Lexus IS, the Japanese marque has matched and, in some instances, outpaced BMW’s 3 Series as the definitive sporty, compact sedan.

The variant with a turbocharged 2-litre engine hits the bull’s eye with a combination of efficiency, refinement and pulse-raising performance. It has 241bhp and 350Nm of torque from 1650rpm, sent to the rear wheels via a creamy and devastatingly quick eight-speed autobox.

The century sprint is dispatched in seven seconds flat and top speed is a respectable 230km/h.

These numbers put the junior Lexus squarely in between the BMW 320i and 330i, a position previous IS models with a similar displacement could never attain.

As for driving sensation, the IS is as engaging as the BMW, if a tad more insulated.

The car has everything going for it, except for one thing: looks.

Its headlamps are now more stylish and menacing, peering at you like the eyes of a Transformer Autobot. Previously, they looked like the eyes of an octogenarian, with their semi-elliptical underside resembling eyebags or smudged eyeshadow.

The car’s front portion is now more upright, with a pair of jet-style intakes flanking a prominent Lexus spindle grille. The tweaked design makes the IS look broader and a tad more aggressive than before. 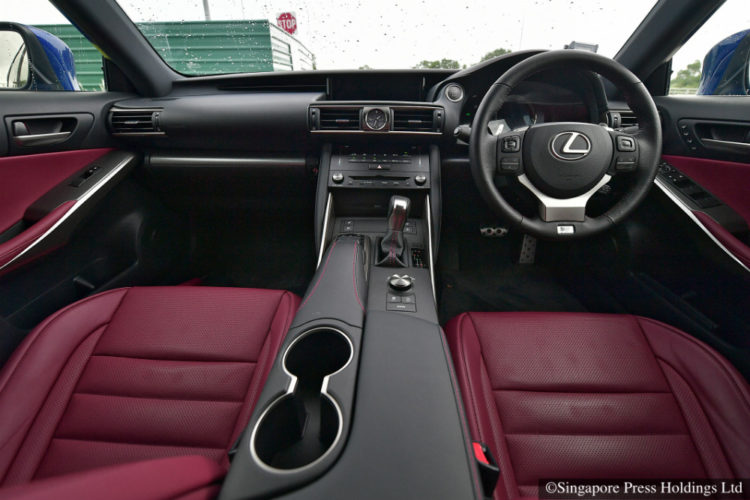 At the rear, tail-lamps are modified, but not improved. In line with the prevailing trend, its tailpipes are now trapezoidal instead of round.

Steering-mounted controls have likewise embraced angles. They are now squarish, instead of circular. The car’s infotainment screen has also been enlarged, from seven to 10.3 inches.

Front occupants will appreciate the knee pads, which come in handy during hard cornering.

Lastly, a pair of individual cupholders have been merged, so the enlarged compartment on the centre armrest will now accommodate your oversized phone.

That is a small but important aspect of the cabin because the IS Turbo is capable of tremendous thrust and manic manoeuvres.

And it is easy to drive fast in this car. Its impeccable poise, agile and obedient steering, and responsive throttle take the guesswork out of many situations.

This is more amazing given the fact that the IS is not a small car. It is longer than the 3 Series, which itself is nowhere as compact as it used to be.

No change has been made to the IS’ willing drivetrain nor its competent chassis. But the car’s engine and exhaust notes seem to permeate the cabin more easily than before.

If it is Lexus’ attempt at beating BMW in its own game, it is working to some degree. But at the same time, it runs the danger of losing some of its own DNA in the process.