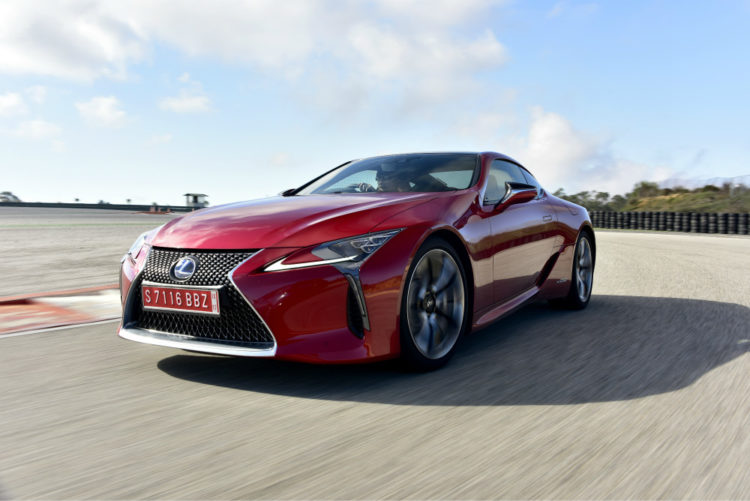 The Lexus LC is not the belated replacement for the LFA, Lexus’ 4.8-litre V10 carbon fibre supercar.

The LFA was a special model limited to just 500 units, produced between 2010 and 2012. Six LFAs made it to Singapore.

The LC, on the other hand, is a regular production model and Lexus will build as many as it can sell.

When it comes to Singapore in March next year, the LC is expected to be considerably less expensive than the LFA, which had cost about $1.3 million.

Before even turning the wheel, at that price level, the LC gives excellent value. Its exterior design looks like a million bucks, yet its price tag is closer to half a million dollars.

It evokes the image of a samurai sword – sharp, shiny and refined. With its low-slung bodywork and sweeping roofline, the coupe can probably slice through the air like a sword too.

The choice of 12 exterior colours includes yellow, an unusual blue and two shades of black.

There is an optional package that adds an active rear spoiler and specifies carbon fibre reinforced plastic for the roof.

I do not know how much weight the composite material saves, but it certainly adds street cred to the car.

On the streets of downtown Seville, the dark blue LC500h I was driving got plenty of attention from pedestrians and motorists, like it was some exotic prototype that escaped from a European motor show.

The Lexus hybrid is exotic and also economical. When I left the start point of the road test, the trip computer displayed a range of 1002km. In theory, I could drive the LC500h from Seville to Barcelona, 995km away.

I did not, of course. Instead, I drove to Monteblanco Circuit, where I could sample the full throttle, high-speed dynamics of the LC500h and LC500 back to back.

The technical presentation for the LC500h reflected the car’s complexity, but I managed to catch the keywords – Multi Stage Hybrid System, continuous acceleration, responsive acceleration and direct acceleration. 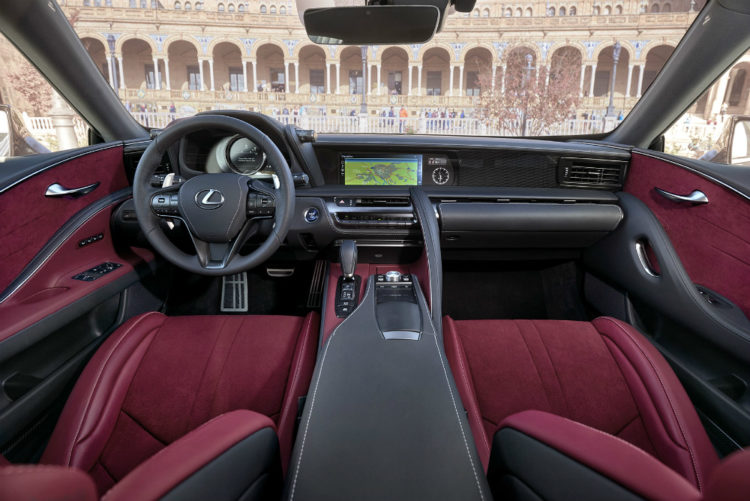 Naturally, acceleration was the name of the game on the racing circuit.

This hybrid is quick. It powers from a standstill to 100km/h in 5 seconds flat, although its surprising ability to overspin the rear wheels might waste a split second when accelerating aggressively.

It is also agile. It dives into corners confidently and changes speed/direction without delay or slack. It steers exactly to where I want and with the exact amount of assistance I need. The steering wheel is great too – compact, positioned just right and nice to hold.

The 3.5-litre petrol V6 sounds like it is doing most of the hard work when playing on the track, but without the electric motor providing a solid boost, the LC500h would not feel this punchy in the first place.

But the 5-litre V8 LC500 is even punchier. It has no fewer than 10 gears to deliver the ample power.

And gear ratios number two, three and four are stacked close to one another.

Add 477bhp, 540Nm and a vigorous V8 soundtrack to the powertrain equation and the result is a civilised version of GT500-class racing in Japan’s Super GT championship.

The LC500 is unabashedly faster and racier than the LC500h, with dramatic sound effects from the engine bay and exhaust pipes to make the experience even more exciting.

On roads and highways, the LC behaves like a true grand tourer – comfortable in any traffic situation and capable of devouring long distances at a good clip.

The LC cabin is beautifully designed, stylishly decorated and generously equipped. The interior is also well-made, right down to the finishing of the leather gearshift knob.

All the controls are user-friendly and the instruments are idiot-proof once you figure them out.

The front seats are fantastic – attractive, plush and supportive. But the back seats are not great for 1.73m-tall me – my head is parked against the rear windscreen and my knees brush against the front seatbacks.

Even if the LC turned out to be no better to drive than the cheaper RC, it would still be a winner because it looks like a million bucks, but costs a lot less than that. 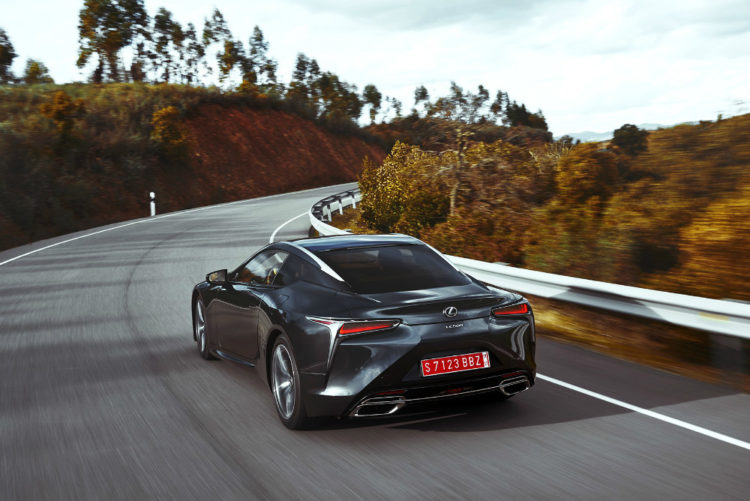