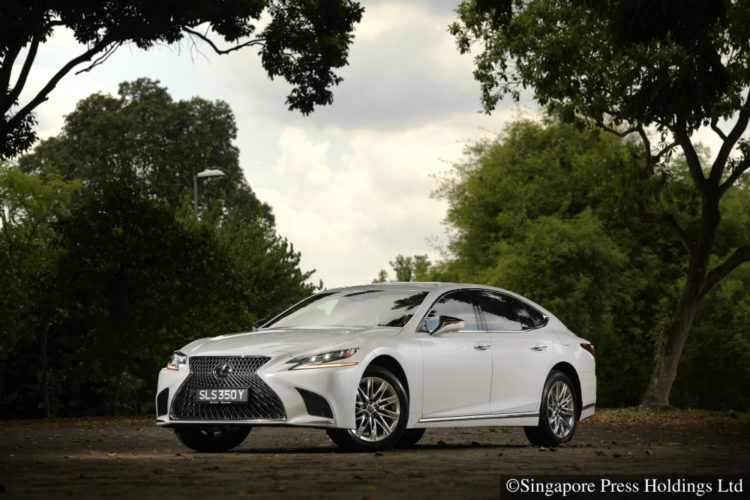 The Lexus LS350 comes with full LED exterior and interior lights, touchscreen display and a slew of active safety systems.

Only one version of Lexus’ new flagship LS is available now – the LS350, with a naturally aspirated 310bhp 3.5-litre V6 engine.

Even if it pales in comparison to its more illustrious siblings – the 415bhp LS500 and 354bhp LS500h hybrid – it is anything but modest.

The car cuts a strong presence simply by being huge. At 5235mm long, it does not fit into the length of a standard reverse parking space.

Not only is it huge, but it also looks like it has a bit of an attitude. It has an over-the-top spindle grille, a low-slung coupe profile and piercing L-shaped headlamps. These are not styling cues commonly associated with limousines.

Among cars such as the BMW 7 Series, Mercedes-Benz S-Class and Audi A8, the LS is easily the sportiest-looking.

Inside, occupants are pampered. The front seats come with heating and ventilation, and there are 26 ways to adjust each seat to cater to all body shapes or conceivable positions.

The best seats are in the rear. Passengers can stretch out, thanks to a 3125mm wheelbase. The rear seats remind me of Gold Class seats in Golden Village cinemas.

When I fired up the engine for the first time, the head-up display projected an animation that is best described as a blue-and-white meteor shower before it settled into usual displays such as speed and direction.

I re-started the engine just to see the animation again.

On the go, the LS drives more like a sporty sedan than a barge-like limousine. The heft of the 2.1-tonne car is unmistakable, especially around corners. But the beefy engine and creamy 10-speed gearbox – an industry first – compensate well. 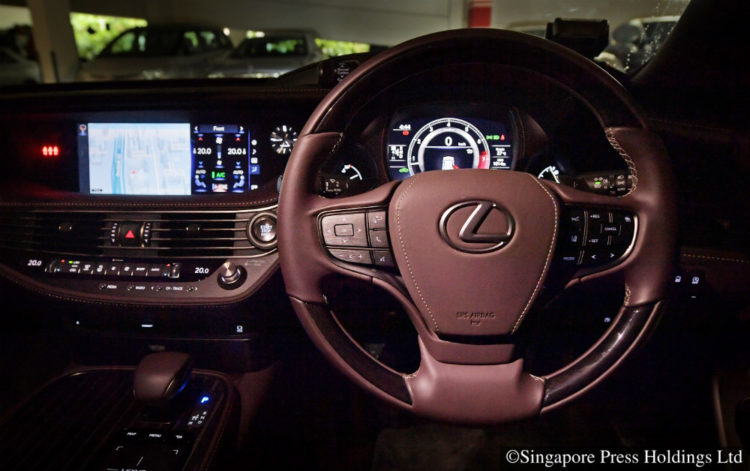 The engine is a joy. It revs freely at all speeds and does not protest when worked hard.

The car comes with the usual frills expected of the segment – full LED exterior and interior lights, sunroof, touchscreen display, seat massage function for driver and front passengers, just to name a few.

But there is a glaring omission.

I invited a colleague to try out the massage function of the rear seats, promising that it would be something she has never experienced before. To our surprise, there was no such feature.

There will be towkays for whom the lack of rear seat massage function would be a deal breaker. They will have to wait for the higher-end LS500 and petrol-electric LS500h.

The car comes with a slew of active safety systems, including a GPS-based voice warning against speeding.

Over a 200km test-drive, the LS350 recorded an average fuel consumption of 7.4km per litre, which is significantly higher than the official 10.4km per litre figure.

Still, it is not a massive trade-off for such a sporty limousine.

The term is a bit of an oxymoron. How can a car be sporty and limousine-like at the same time? Yet, Lexus may have found the right recipe for precisely such a car.

While its rivals compete to be more luxurious, the LS has carved out its own niche. This could well prove to be its winning formula.