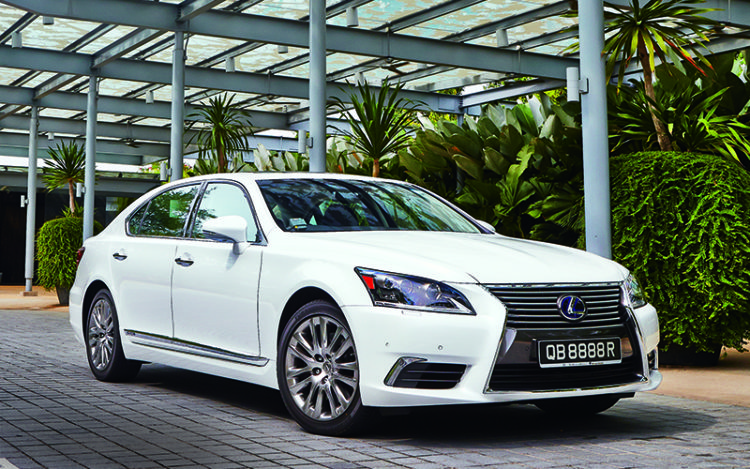 Large hybrid cars such as the LS600hL were hit hard by a double whammy earlier this year. First, the Carbon Emissions-based Vehicle Scheme (CEVS) will impose a $5000 surcharge on the Lexus (with effect from July 1) because of its 219g/km carbon emission, which comes under CEVS Band C1.

The second, bigger blow is the newly introduced tiered ARF taxation, which has increased the flagship’s base cost by almost $100,000 (new ARF of $249k minus old ARF of $154k, the latter after a 40 percent Green Vehicle Rebate). The current price of the LS600hL is almost $700,000, making it the most expensive new Lexus in Singapore. Is it still worth the outlay? 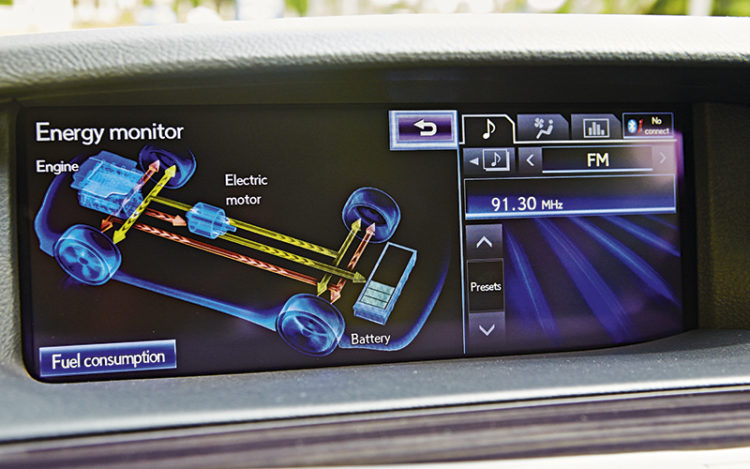 The LS had a major makeover for 2013, and the hybrid model benefits from the same set of improvements. Half of the 6,000 parts in the LS are said to be new, with the most obvious being the spindle-shaped single-frame grille. Maybe it is my familiarity with the controversial new face of Lexus, but the “hour glass” kink in the grille seems less jarring now. In fact, it actually looks good on the LS.

Ultimate refinement has always been the benchmark of the LS, to the point of it being labelled “quietly bland” by some critics. With the latest LS, Lexus seems determined to inject more “soul” into its limos. The LS460 (reviewed recently in our April issue), for instance, is an entirely different animal from its predecessor. It rides and handles in a far sportier manner, and its V8 engine note has become fairly audible by Lexus standards. 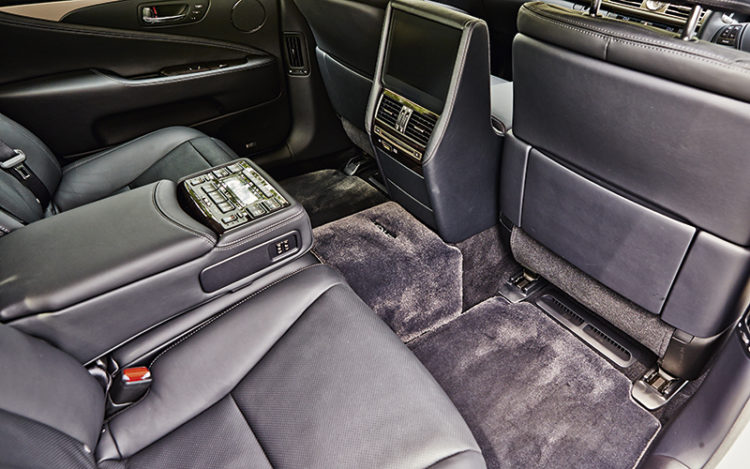 Plenty of space, every treat in the towkay book, plus solid quality standards.

However, this new-found vigour might put off the more traditional LS owners who expect nothing but silence, refinement and the finest amenities. This group will probably opt for the LS Hybrid.

While incorporating all the changes of the petrol-powered LS, the petrol-electric LS remains true to its roots by being whisper-quiet while on the move. Unlike the LS460, the LS600hL has retained the superb refinement that the LS built its reputation on. Step on the accelerator and this Lexus takes off like a (green) rocket, except it does so silently. 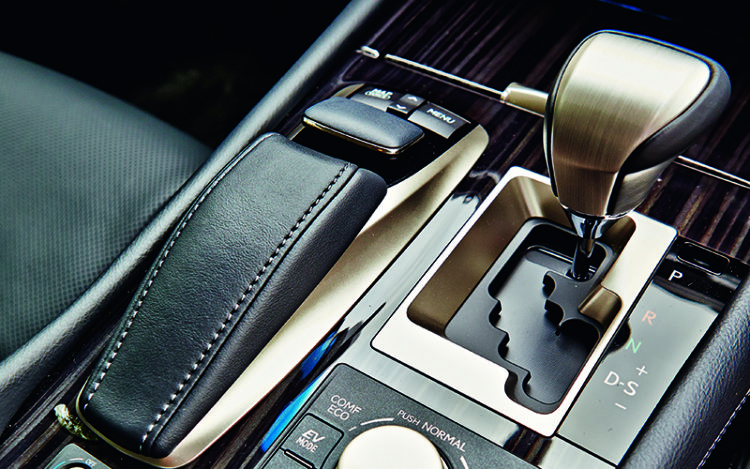 In Economy or Normal mode, the refined growl of the 5-litre V8 is barely audible. Select the Sport or Sport+ mode, and this limo morphs from Dr Jekyll to Mr Hyde. The instrument lighting switches from pale blue to a reddish hue, and the TFT readout on the left side of the main binnacle changes from hybrid-indicator to tachometer. The throttle response becomes instantaneous, with engine revs held higher at any road speed, while the V8 growl is now more purposeful. It’s soul-stirring for the dedicated petrolhead!

But no matter how much fuel there is coursing through my veins, my head tells me this is a hybrid car and I should drive it like one. So, for most of my commutes, the Lexus is left in its default Normal mode. Once on my favourite driving road, though, I switch to Sport (or even Sport+) in an instant and drive more aggressively. 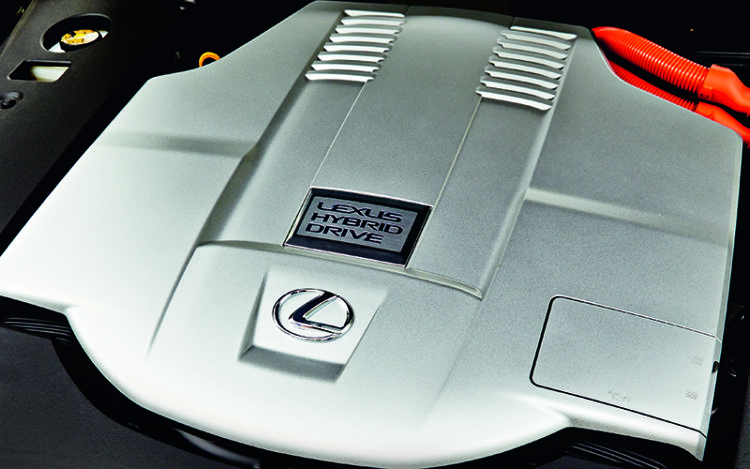 Lexus believes that this 5-litre V8 performs like a 6-litre V12, hence the LS600h label.

The LS600hL is a comfort-biased saloon, so the way it handles is a revelation. There is a fair bit of body roll on hard cornering, but the steering feel is decent and the big car can be hustled round corners in an enthusiastic manner – without frightening yourself or your occupants. It cannot match the agility of the lighter LS460, but it’s still impressive for a 2320kg behemoth.

The combined output of the 5-litre V8 and its integral electric motor is 438bhp – 56bhp more than the regular petrol LS460. However, the hybrid model’s extra 310kg over the LS460L takes its toll on acceleration – the latter sprints to 100km/h in just 5.7 seconds, over half a second quicker than the LS600hL. 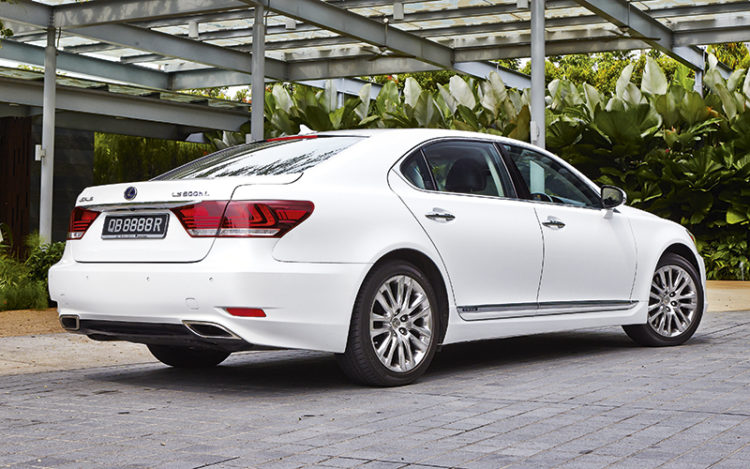 For the traditionalist towkay who wants his LS to be utterly hushed and absolutely refined, the LS600hL would be a better choice than the LS460L. Unfortunately, the staggering $689k price tag is difficult to justify. Therefore, I would be perfectly happy with the normal LS460L, which costs a more “reasonable” $527k.