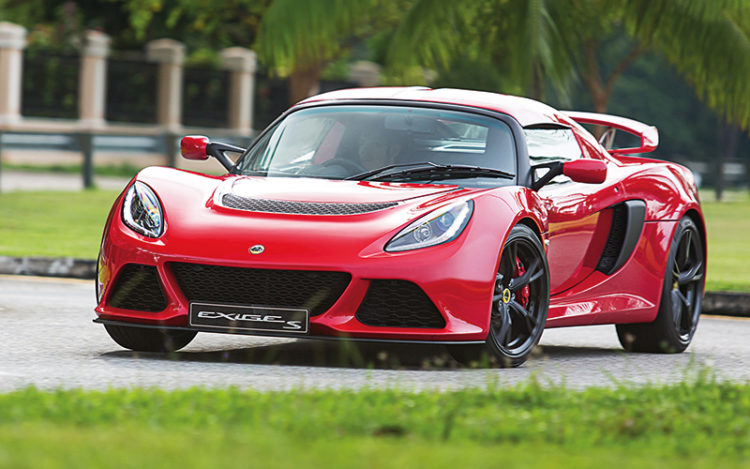 Colin Chapman, the founder of Lotus, essentially built his road and racing cars on the one core principle of “adding lightness”. It’s something the marque has strictly adhered to, even long after his passing in 1982.

Which should make the new Exige S cause enough for Chapman to rise from his grave to give the person responsible for it a sharp smack on the back of the head. That’s because the Exige, in its latest form, has added the opposite of lightness (some 145kg), tipping the scales at 1080kg.

In spite of the added flab, the Exige would still be considered remarkably light by any measure, unless of course, said measure is its predecessor, which weighs 935kg (Performance Pack versions of said vehicle weigh an anorexic 890kg). Lotus Exige S’ interior isn’t much to look at (or touch), but that really isn’t the point of the Exige.

That bulking up is largely due to its new engine – a 3.5-litre, supercharged V6, from a 1.8-litre inline-4 previously. That, and because the Exige is now 4084mm long – an inevitable increase of 299mm from before, as the larger motor takes up more room in front of the rear axle.

We don’t have a problem with the new lines. The added length gives it some much-needed road presence, making the Exige look less toy-like and more like a harder-edged version of its bigger brother, the Evora (a GT).

It’s helpful, then, to think of the new Exige as an “Evora on a diet” rather than the “Elise on steroids” it was before. But don’t go thinking the Exige has gone soft. That outrageous rear spoiler should be a sure sign it hasn’t, plus it’s 355kg lighter than the Evora, which should give you some clue as to how minimalist it still is. 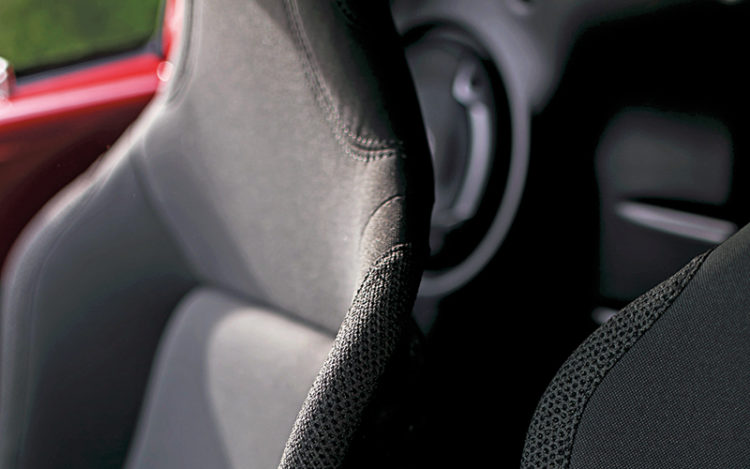 On that point, the Exige still conspires to give the impression that you’re sitting in a can of tuna, thanks to its extruded aluminium tub chassis, prominently on display owing to the lack of carpeting.

Actually, we take it back. Cans of tuna, because of the fish within, have more interesting things to look at on the inside than the Exige (and the contents are tastier). Also, with cans of tuna, you don’t have to deal with the alarming flimsiness of the signal/wiper stalks and the almost laughable cheapness of the lever that unlatches the engine cover (this also grants access to the boot). And let’s not even get started on the size of those panel gaps…

The only concession it seems to make to luxury is a (rather cheap-looking) fabric-upholstered transmission tunnel and electric windows. Even storage spaces are a luxury. Want a glove compartment, door pockets or cupholders? Sorry, you’re out of luck. As for the boot, well, let’s just say a golf bag won’t fit in there.

Even the wing mirrors have to be manually adjusted, so it’s useful to have a passenger along to lend a hand, otherwise it means sprawling awkwardly across the seats to adjust the passenger-side mirror while attempting not to collapse from heat exhaustion. That’s because the air-conditioning only seems to blow warm air, and there’s plenty of heat-soak in the cabin from the engine just behind your head. 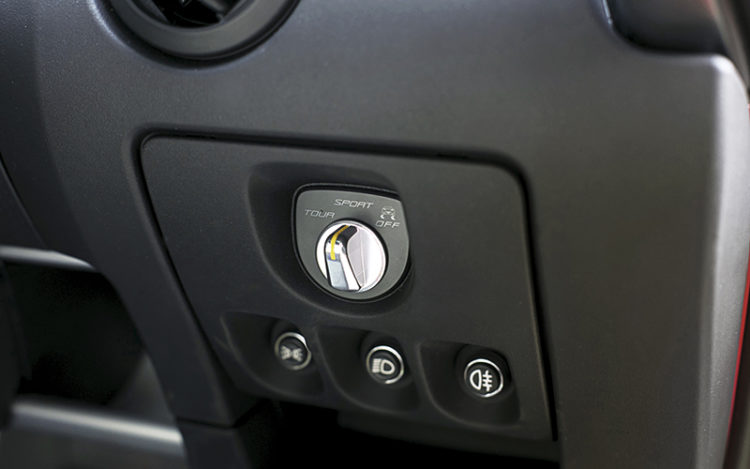 Lotus Exige S has a Tour mode that muffles the exhaust and throttle response for long days in the saddle.