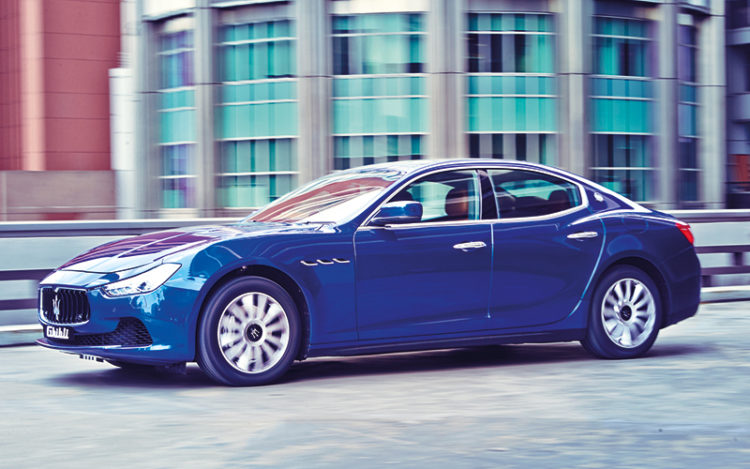 A tailor-made suit not only looks stylish, it also flatters the wearer by making him (or her) look slimmer. And when it comes to suit-making, some of the most skilled would be Italians, known for their sharp and aggressively cut designs. This penchant for tailoring is evident in the Ghibli, Maserati’s contender in the executive saloon segment.

In Singapore, the Ghibli is fighting with entrenched rivals such as the BMW 5 Series and Mercedes-Benz E-Class, which are the market leaders. Compared to the Bimmer, the Maser looks sleeker and more muscular despite being physically larger. 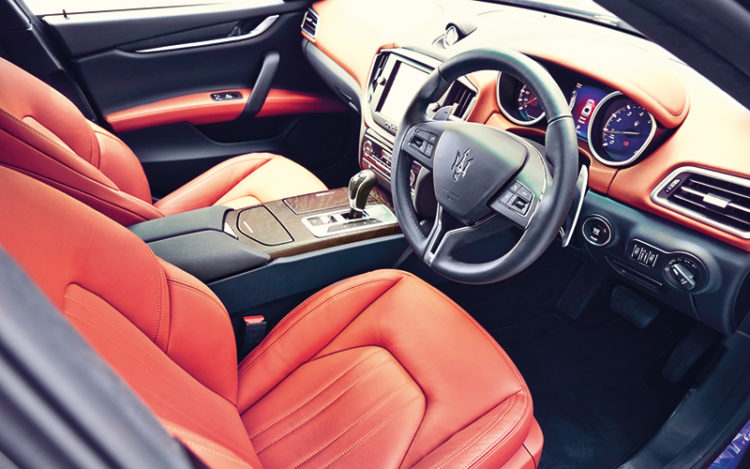 Neat cockpit layout and intuitive controls minimise distractions and allow the driver to concentrate on the drive.

To be exact, the Ghibli is 64mm ?longer, 85mm wider and has a 30mm longer wheelbase than the 5 Series. Yet, despite its dimensions, its size is only evident when it is parked next to ?smaller saloons.

While its generous proportions look great on paper, the car’s cabin isn’t as spacious as expected. The rear bench, for instance, doesn’t offer as much legroom as the 5 Series, and rear headroom will be an issue for occupants who are over 1.8m tall. That said, the backseat does offer modern amenities in the form of a USB point and 12-volt power socket, both conveniently located in the armrest. 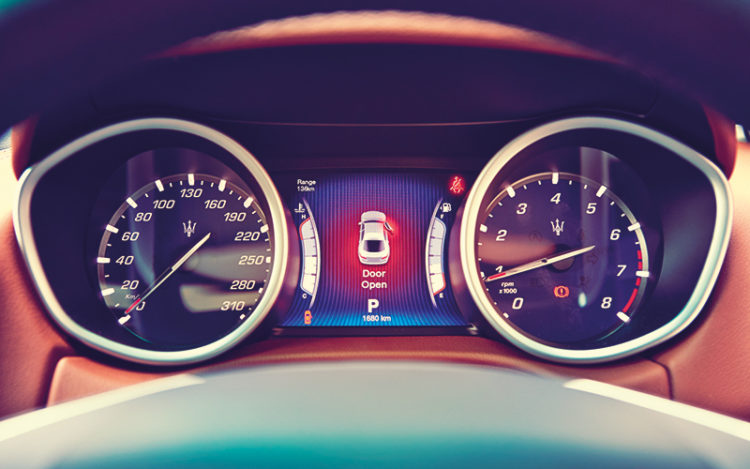 Equally modern is the car’s cockpit, which has a neat and driver-centric layout. There are few buttons on the dashboard, and the Maserati Touch Control infotainment system is quite intuitive. Said setup is identical to the one in the Chrysler 300C (both Chrysler and Maserati are owned?by the Fiat Chrysler Group), and some of the switchgear is shared with the 300C,?but neither aspect compromises the Ghibli’s identity.