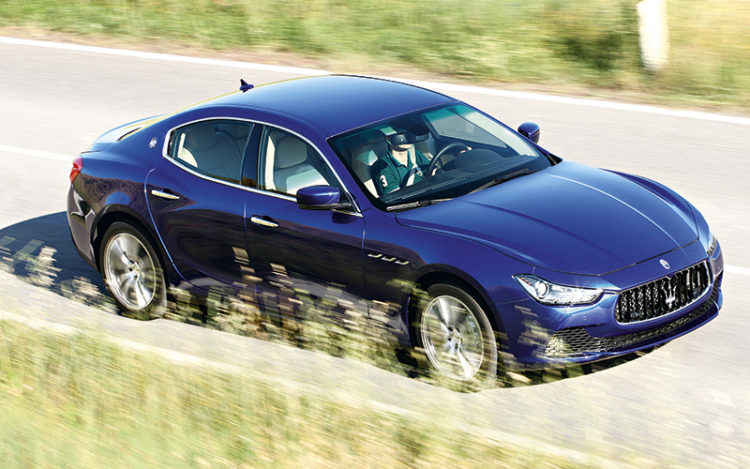 Hot on the heels of the “7 Series” Quattroporte limousine is the “5 Series” Ghibli. It’s based on a shrink-fit version of the platform that underpins the aforementioned Maserati flagship, with a turbo petrol V6 engine (in two states of tune) that’s essentially the larger car’s V8 with two cylinders lopped off. There’s also an entry-level 3-litre turbo-diesel model, a contentious first for the Modenese marque, but the variant is crucial in Europe where fuel-efficient “D” passenger cars are popular.

This Italian newcomer looks lovely. It’s like a smaller, tighter Quattroporte, with a similar long-hood/short-tail profile and accentuated fenders inspired by Maserati’s Tipo 61 Birdcage, a famous racecar from the early 1960s. Styled in-house but with supervision by ex-Pininfarina and current Fiat-Chrysler chief designer Lorenzo Ramaciotti, the new-generation Ghibli is much closer to the “four-door GranTurismo” aesthetic ideal than the larger Quattroporte. 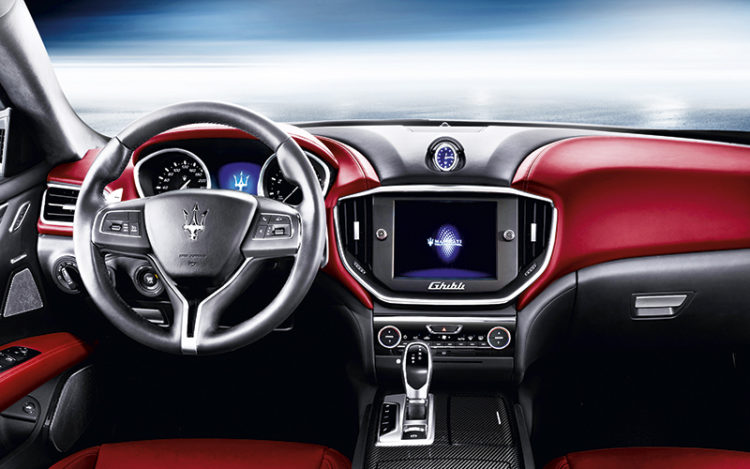 In the engine “vroom” is a twin-turbocharged, 3-litre 60-degree V6 that develops 330bhp in standard form and 410bhp in “S” form, the latter also available with on-demand four-wheel-drive (except for right-hand-drive markets like Singapore).

Made in the Ferrari foundry alongside the Quattroporte’s 3.8 V8, these new V6s have direct injection, variable valve timing and start/stop, with the last feature claimed to cut the car’s urban fuel consumption by six per cent. The primary difference between the two V6s lies in their software and exhaust plumbing, but they have noticeably different characters – more on this later. 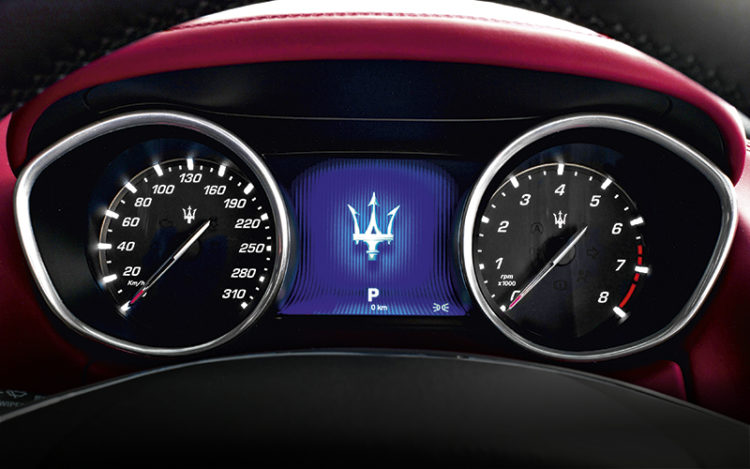 Transmitting the power is ZF’s 8HP70, a state-of-the-art 8-speed automatic also in service with various German limos. It’s much slicker than Maserati’s old DuoSelect automated manual and quicker than ZF’s previous 6-speeder, with a shift time shortened from 250 to 150 milliseconds.

There’s torque converter lock-up in every one of the eight gears, yet they operate with syrupy smoothness at all times. Being relatively light and compact, this transmission is also easy to package within the vehicle, while its transaxle placement translates into a perfect front-rear weight balance of 50:50. 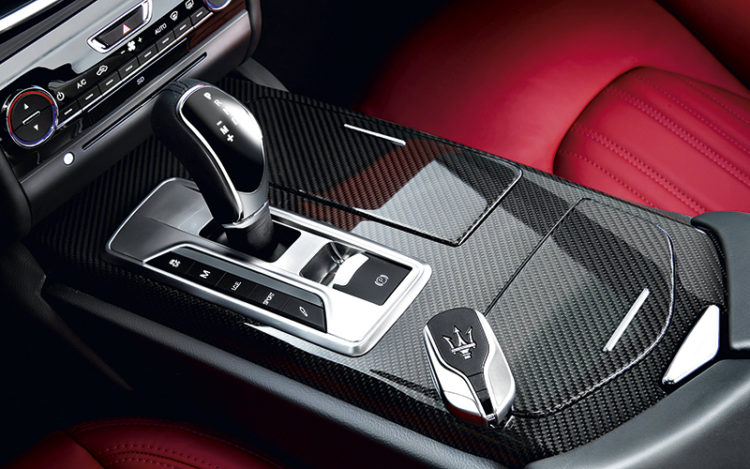 I start the day’s driving with the standard-tuned 330bhp Ghibli, and it’s more than satisfactory. The two turbochargers muffle the engine note that reaches the cockpit, but it sounds purposeful enough from the outside. The car hits 100km/h in 5.6 seconds and has oodles of overtaking power, so it dispatches slower traffic in an undramatic fashion. But the Maser’s mid-range potency seems to go flat between 5000rpm and 6000rpm – this doesn’t happen in the more powerful 410bhp Ghibli S, which rushes happily to its redline like a true thoroughbred as it rides on an extra 80bhp.

It isn’t only the additional horsepower that makes the Ghibli S such a blast. It also boasts a “full surround” soundtrack – engine burbling with every gearchange, sports exhaust singing along. Without a doubt, this 410bhp V6 is the gem of the Ghibli lineup, until the V8 option gets approved by Maserati management (I hear that the 8-cylinder can just about slot into the engine bay). 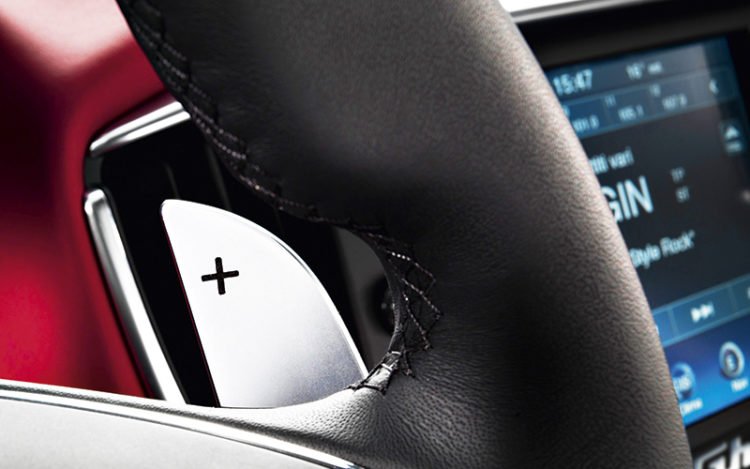 In acceleration terms, the rear-drive Ghibli S takes 5 seconds flat to complete the century sprint, while the four-wheel-drive Ghibli S Q4 takes an even snappier 4.8 seconds, thanks to superior initial traction. Its 284km/h top speed is merely 1km/h down on the Ghibli S, while its fuel economy is just a little worse – in theory at least, because in my experience, the Q4 drinks unleaded at a significantly faster rate when driven hard.

This is the first time Maserati is dabbling with four-wheel-drive, but its learning curve wasn’t steep because much of the hardware is tried-and-tested. In the case of the Ghibli S Q4, it’s an active multi-plate wet-clutch system that can divert as much as 50 percent of the torque to the front wheels, but sends almost all of it to the rear axle during normal driving. 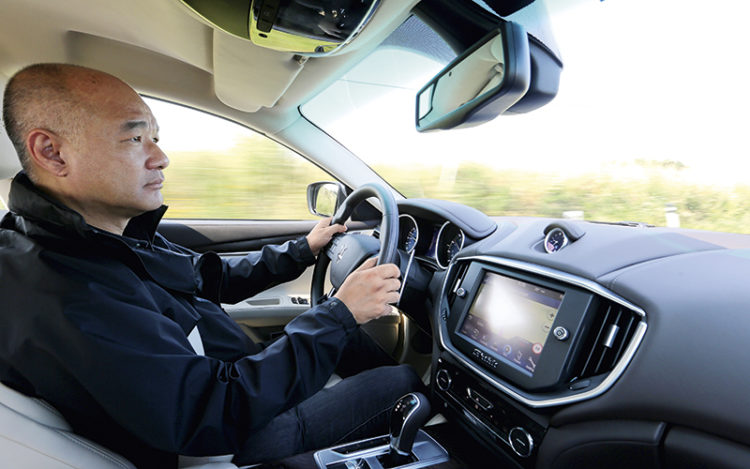 As in the other Ghiblis, there’s a mechanical Torsen-type differential in the rear to distribute power laterally. It operates according to a traction profile map and makes reactive adjustments on the move as well, so as to achieve near-neutral cornering balance. There’s no torque vectoring, though.

The Q4 driveline makes the Ghibli S even more entertaining and adds flavour to the car’s brilliant dynamics. You can power-exit a corner early, even before the road straightens out, and the Maser actually leaps out of the bend, so fantastic is its traction. 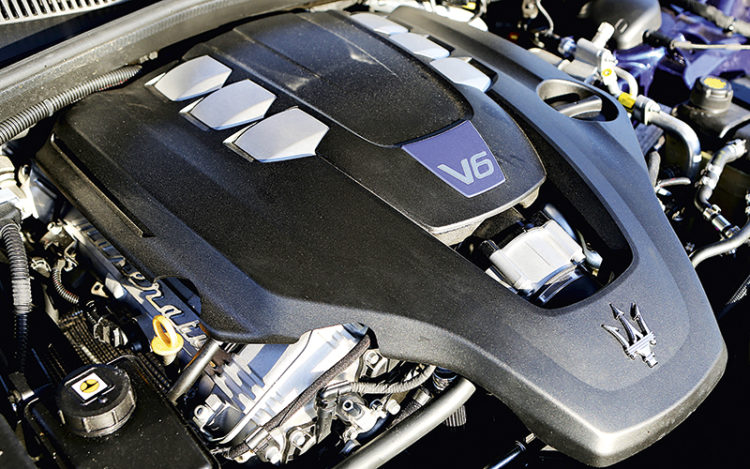 Interestingly, it also “squirms” more, with the engine’s ample energy acting on all four wheels and therefore accommodating a variety of driving styles, from smooth to rough. The overall balance feels different from that of the rear-drive Ghibli S, mainly due to the Q4 mechanism’s added weight (60kg) and the consequent change in the front-rear weight ratio from 50:50 to 51:49.

Without Q4 4WD, the Ghibli is still a thrilling thing able to put a smile on your face within the first kilometre. The way the chassis responds to the (hydraulic) steering, and the manner in which the suspension goes about its business – these inform the keen driver that something special is going on “underneath” this Maser. The ride is on the firm side of pliant, but there’s a surprising amount of “cushion” over broken tarmac and manhole covers. 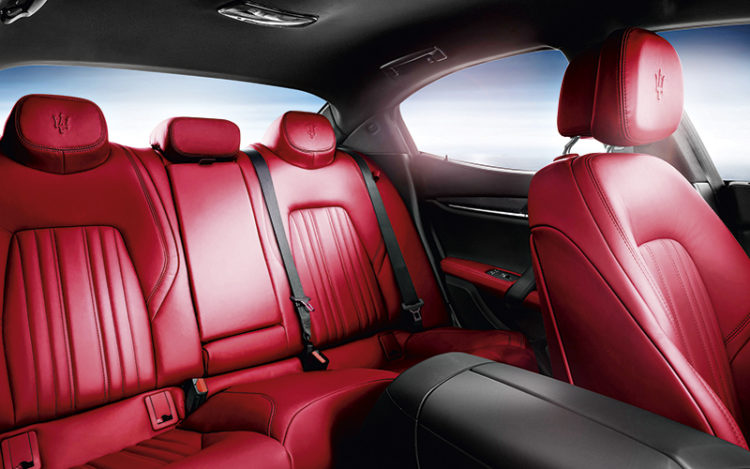 Skyhook electronic damping is standard, with its damper modes separated from the drivetrain modes, which is more versatile than having the dampers and drivetrain “bundled” together.

Unlike the first-generation Skyhook, the newest system doesn’t destroy the ride quality when put into Sport mode, yet it provides greater control when tackling curvy Tuscan terrain. Most of my drive was done in Sport, but Normal mode is capable enough for regular roads interspersed with the occasional switchback. There’s also an I.C.E. mode, which is Maserati-speak for Increased Control and Efficiency, and it happens to be ideal for icy conditions, too. In this mode, the throttle response is dulled to the point of being lazy and the transmission refrains from kickdown (to reduce “surges” that might upset the traction), making the journey gentler and more comfortable. Because the powertrain keeps to higher gears as far as possible when in I.C.E. mode, fuel consumption and carbon emission are reduced at the same time.

If you’re a fan of Italian interiors, the Ghibli cabin will not disappoint. It looks and feels like fine furniture, and is stylish to a fault. The soft-touch, natural-grain leather upholstery comes with a choice of three colours (five if you opt for the Poltrona Frau trim), and the wood is very classy. Most of the on-board equipment is shared with the Quattroporte, such as the 8.4-inch multimedia/sat-nav touchscreen, the 7-inch multi-function display in the instrument cluster and the climate control panel. The gearlever and its cluster of push-buttons (for drive-related settings) are also from the Quattroporte. 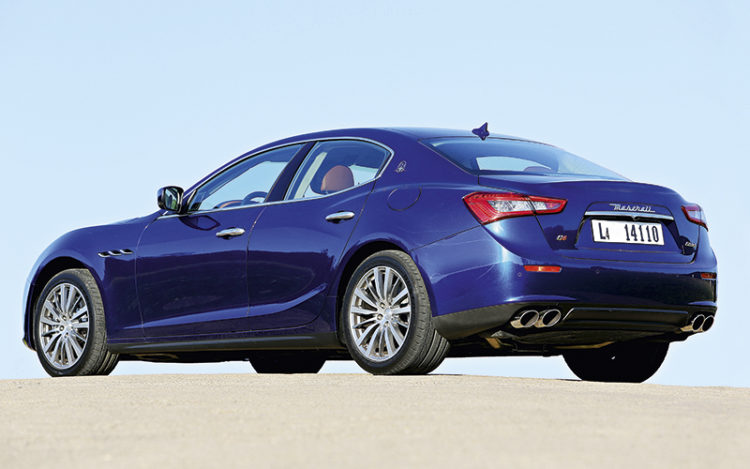 One major option is a Bowers & Wilkins hi-fi with 1,280 watts amplified through 15 loudspeakers. Even telling the time is a pleasure in the Ghibli, courtesy of a traditional blue-faced Maserati clock with aluminium details.

The new Ghibli is a critical chess piece in Maserati’s game plan to diversify its model range, depend less on the Quattroporte and GranTurismo, and sell 50,000 units annually by 2015. The Ghibli targets high-end German sports saloons such as the Mercedes-Benz CLS and BMW 6 Series Gran Coupe, with the E-Class and 5 Series also in its sights. 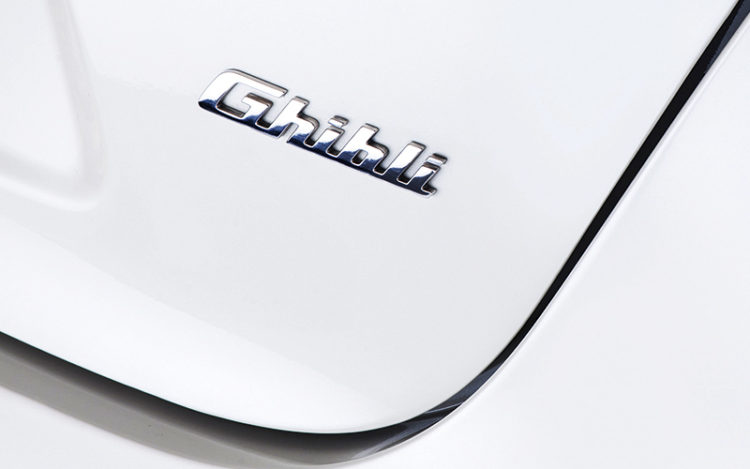 The exotic trident badging alone is worth its weight in gold, but the Ghibli has the charisma, substance and performance to back it up. Unfortunately, when this “baby” Maserati comes to Singapore early next year, it’ll be priced like the previous Quattroporte because of the current “tiered” taxation regime that penalises expensive new cars more heavily.

Maserati unveils Nerissimo Editions of Quattroporte, Ghibli and Levante
Check out our review of the latest Maserati Ghibli here