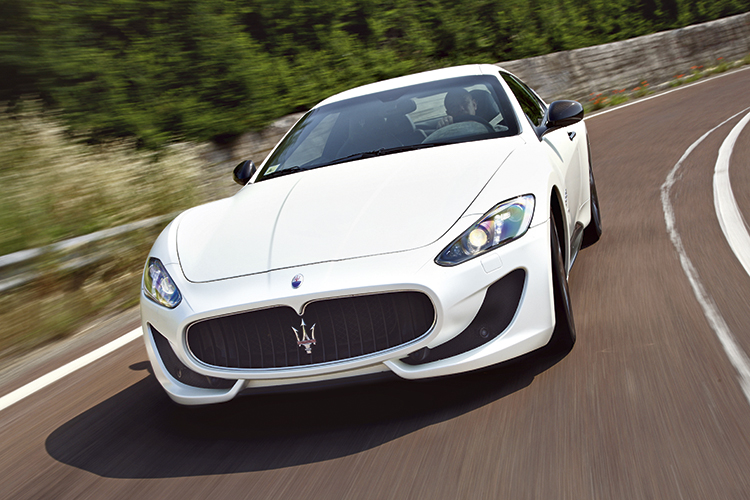 The new GranTurismo Sport comes in two flavours – one with the Cambiocorsa robotised manual and the other with the ZF torque converter automatic. Both are 6-speeders. In the Maserati family, the Sport slots in between the entry-level 4.2-litre and the range-topping MC Stradale (MC S for short).

With the GT Sport Cambiocorsa using the same 460bhp 4.7-litre V8 as the 2012-spec MC S, it is closer than ever to the highest-performance flagship. It even looks alike if you specify the correct set of MC Sport Line options. Much harder to replicate, however, is the 110kg “strip-down” of the specially lightened MC S. 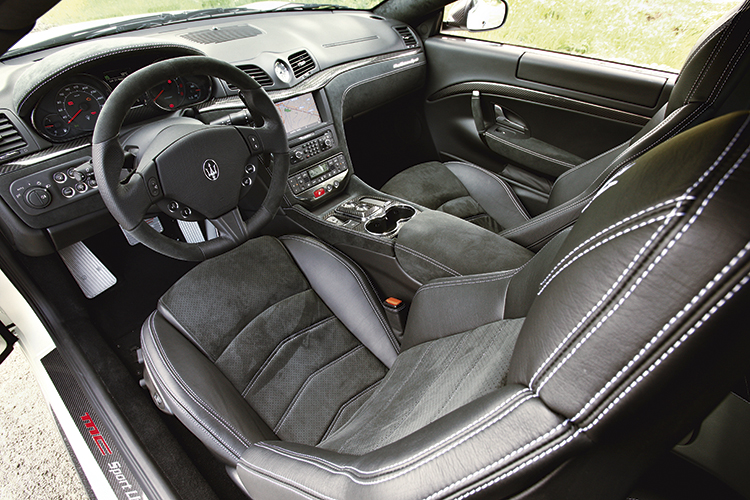 Only a Ferrari cockpit could best this Maserati cabin in design and desirability.

The GT Sport hits the 100km/h mark from stationary in 4.7 seconds, just a tick behind the MC Stradale. Two ticks behind is the 4.8sec auto GT Sport. These are split-second differences on paper, but on the roads around Modena, the two variants of the GT Sport differ more significantly.

The semi-manual car feels better behaved in corners, with a more neutral handling balance to keep the keen driver entertained. Credit for this superior behaviour goes to the improved weight distribution – 47:53 versus the full auto model’s 49:51. With the gearbox located in a transaxle position between the rear wheels, there is a lighter load (35.6kg to be exact) over the front axle and consequently sharper turn-in, making the “front-midship” GranTurismo feel even more agile. Another advantage is stronger traction on step-off plus greater rear grip at the limit. 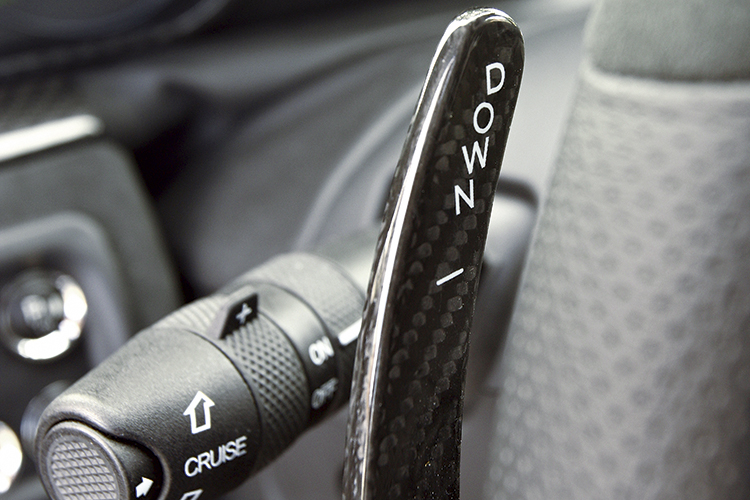 On the mountain roads around Modena, the car delivered a confident, flowing drive throughout. The dual-cast Brembo steel brakes stood up well to the abuse, hauling the 1880kg vehicle down from speed over and over again without complaint.

The V8 sounds great, of course, especially after you hit the Sport button on the carbon fibre-trimmed dashboard. This “broadcasts” the wonderful exhaust sound. It also stiffens the Skyhook active suspension, resulting in a very firm ride, which is good up on a mountainside switchback but bad news in town. The factory knows this “problem” and is working on a way to set the electronically controlled dampers independently of the exhaust system. 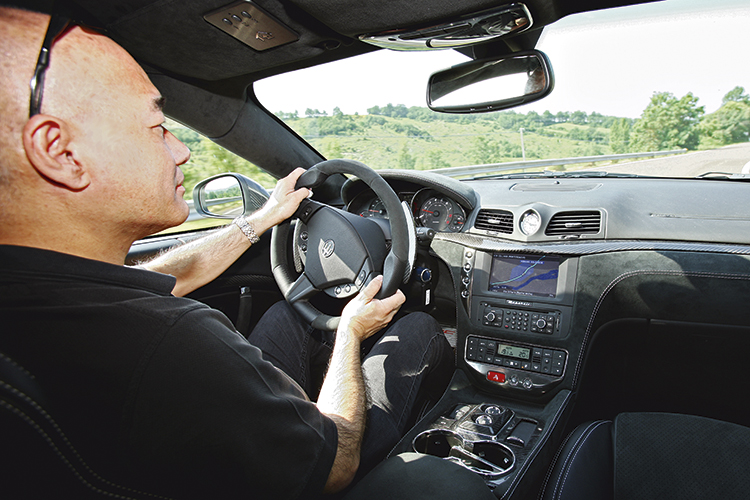 The GranTurismo’s Skyhook suspension has been uprated by 10 percent, giving it a wider range of damping compared to the earlier fixed-rate system. Maserati engineers claim it is softer than before, yet firmer when necessary. Indeed, broken tarmac edges are absorbed very well while maintaining a solid hold on the road, with the 20-inch Pirelli P Zeros playing their part.

Compared to the smooth-shifting traditional auto, the Cambiocorsa is more aggressive in its gearchanges when on the attack and less refined when pottering about in town. Sporty drivers will, of course, care more about the speed of the gearshifts – 100 milliseconds in the case of the Cambiocorsa, half the time taken by the ZF system. 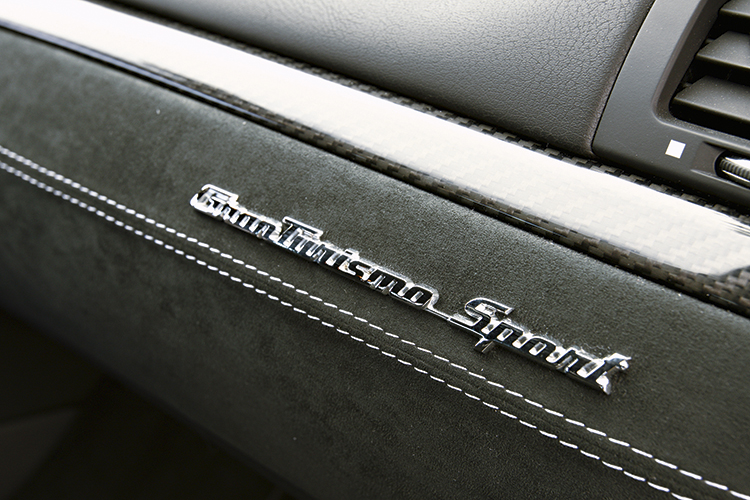 That said, the autobox has updated software that makes it twice as quick as the previous affair. Launch control is standard for both transmissions, so either one is happy to leave expensive black lines on the asphalt, although the automatic does it less dramatically than the gung-ho Cambiocorsa.

Styling-wise, there are refreshed lamp clusters, redesigned bumpers and new alloy wheels, but the sheet metal per se was untouched. Maserati’s magic touch was instead applied to the GranTurismo drive experience, already one of the most stirring in the $500k segment. 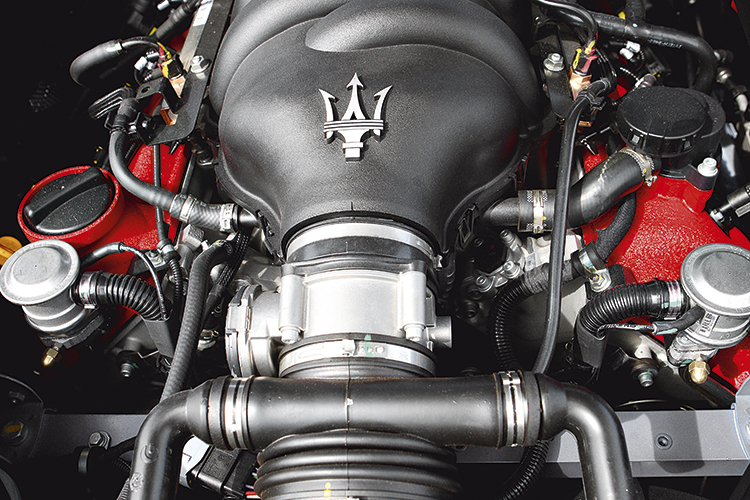 Now that the coupe offers two gearbox choices, one “more” manual in nature and the other “more” automatic, enthusiasts have even more reasons to seriously consider this Italian alternative to the BMW M6 and Jaguar XKR.