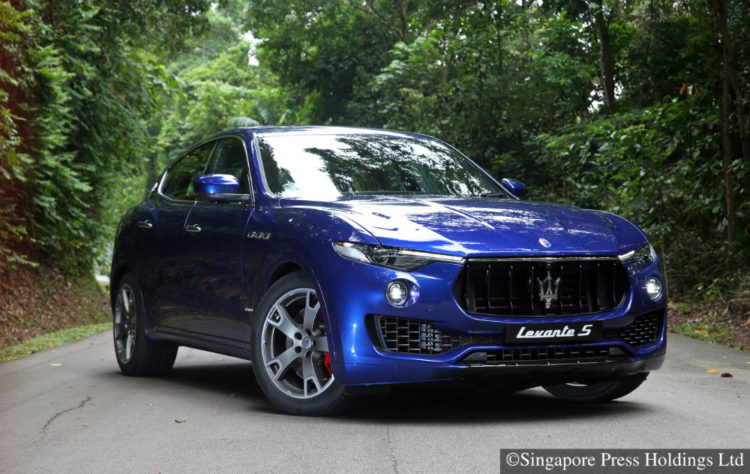 Sometimes, the only thing separating a palatable car and a lip-smacking one is sound. Maserati’s Levante sport utility vehicle (SUV) is a prime example.

While the turbo-diesel version launched last year was a fairly competent new entrant for Maserati, the petrol variant is way more entertaining. Simply because it sounds like a Maserati – loud, brash and over the top.

In normal drive mode, the Levante S’ bi-turbo 3-litre V6 burbles audibly from 1500rpm. This background music comes to the fore once you push the revs past 4000rpm.

And it revs readily, with a throttle that is not as light as those in popular German turbos, but is purposeful and linear all the same.

Switch to sport mode and the 430hp/580Nm power plant goes from burbling to bombastic, with sound-induced vibrations which permeate the cabin. And that is just when it is idling.

Squeeze the throttle and the music not only rises in volume, but it also takes on new notes. Between 3000 and 5000rpm, the Levante S sounds like a jet-fighter taking off. No other car sounds like it.

While other models from Maserati – a marque known for its vocal engines – may be as loud, none will match its degree of drama. The decibels are more obvious outside the car than inside. At the lights, occupants of other vehicles actually turn to look at the heaving hulk.

As un-neighbourly as this booming giant can be, it is hard to resist driving it in sport mode. 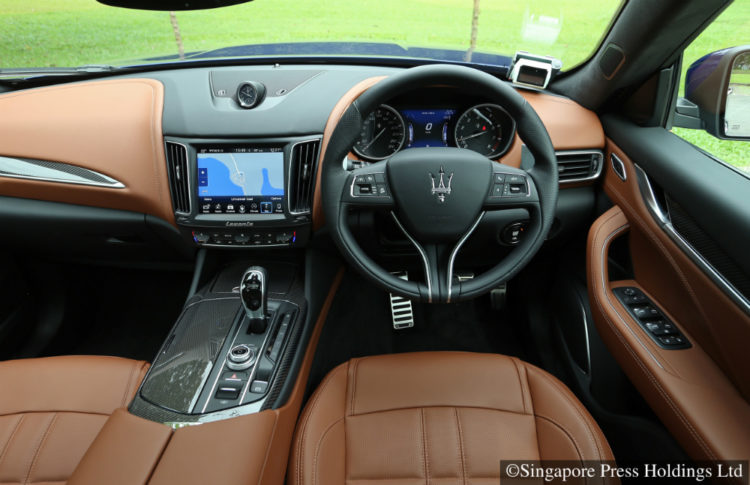 Its aural appeal aside, the car is just so much more entertaining with its suspension stiffened, its throttle response sharpened and its exhaust flaps wide open. Yet, it is at no time high-strung, allowing you to drive in this mode in the city with ease.

Even with its stiffened springs, the Levante S’ ride does not appear harsh. This is probably the biggest achievement for an SUV and, quite frankly, phenomenal for one weighing more than two tonnes.

Together with its higher revs and more stirring vocals, the petrol Levante could well have been the sportiest modern Maserati today – if not for its bulky body and higher centre of gravity.

For its bulky body, the car’s active lane-keeping system is helpful, especially on fast but narrower-than-usual arterial lanes such as those along Lornie Road.

Its bird’s eye camera parking assist is another useful device, since even its big wing mirrors cannot cover its wheels unless they are tilted all the way down.

Still, there is no escaping the challenges that come with such a large car. The Maserati SUV is more than 5m long, nearly 2m wide and with a wheelbase a tad over 3m. Its turning circle is wide and visibility of its lower rear flanks is poor.

With the mass comes a spacious interior. Like its diesel sibling, the petrol Levante has plenty of room for passengers and cargo.

It is also decently equipped, with adjustable ride height and adaptive cruise control among the more noteworthy features.

All in all, a sound investment.