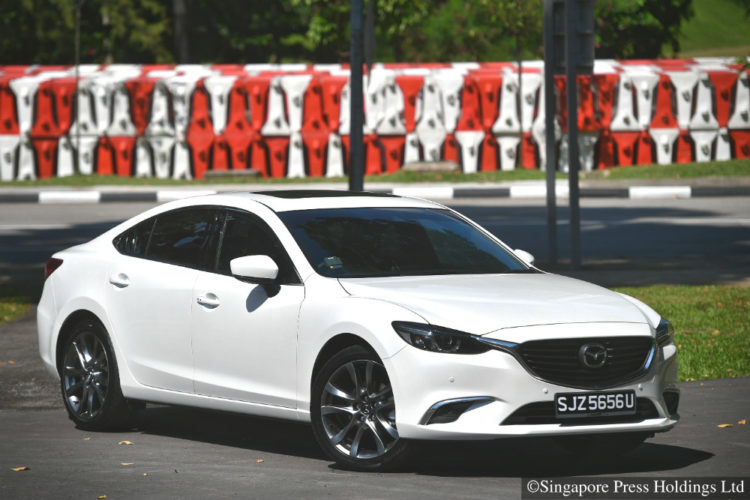 Over the last decade or so, Mazda has differentiated itself from its fellow Japanese brands by making cars that feel Continental at the wheel.

The facelifted Mazda 6 goes one step further, by having a host of electronic driving aids usually found in premium European carriages.

First, there is G-vectoring control, a software which retards torque slightly when it senses the steering wheel is turned. This shifts weight to the front tyres, increasing grip in a cornering manoeuvre.

First seen in upscale car brands such as Porsche, this vectoring feature is now filtering its way down to mid-range cars. The Mazda 6 is the first mass-market Japanese sedan to have it here.

I am not sure of the feature’s usefulness and relevance. Admittedly, the Mazda 6 is a hoot to drive when compared with, say, the Toyota Camry or Honda Accord. But it is no performance car and is unlikely to elicit adrenaline-filled driving on any given day.

Secondly, most drivers would ease off the throttle as they approach a corner, which automatically shifts some load to the front axle. They would then re-apply pressure on the pedal for a quick exit. So, this electronic intervention is unnecessary.

Mazda says the feature also reduces the need for minor steering corrections, even those made “unconsciously” on straight roads. Again, a car with a well-sorted chassis and properly aligned wheels would do the same. 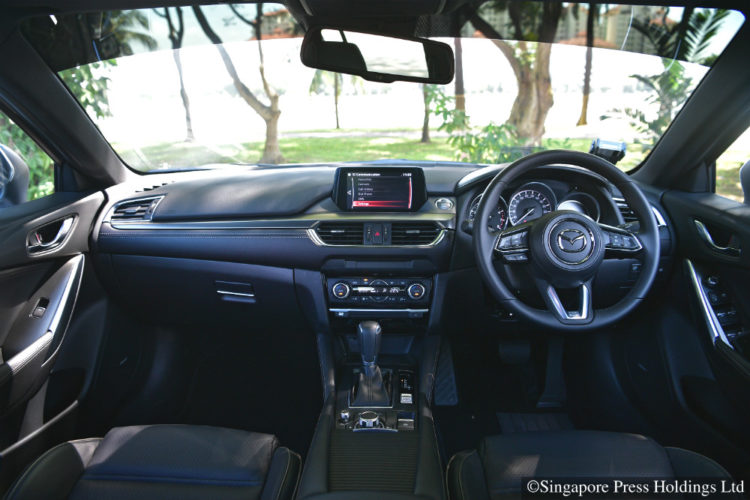 The Mazda 6 is spacious, elegantly styled and well finished.

The pre-facelift Mazda 6 certainly felt no worse off without this feature. In fact, it felt a little breezier than the current car despite the latter’s small increase in engine output.

The facelift also comes with Lane-keeping Assist, a camera-based system which monitors road lane markings and adjusts steering if it senses the vehicle is moving out of lane.

This feature, found in Mercedes-Benzes, Audis and Volvos, is spooky because you feel an unseen hand at the wheel. Again, if you are a sensible driver, this feature is not relevant.

Next, the car comes with Smart City Brake Support, which applies the brakes if it senses an imminent collision with another vehicle, pedestrian or inanimate object. Unlike most similar systems elsewhere, the one in the Mazda 6 works when the car is reversing as well.

There is also blind-spot warning, which has become commonplace. Not too common is Driver Attention Alert, which suggests a coffee break (by flashing a suitable icon) if it senses that the driver is tired or inattentive.

As there are all types of drivers on the road, I suppose these features will be handy in some situations for some folks.

On the flip side, I am not sure if they impede the car’s driveability. The test car seems to have a slightly wooden throttle, which is oblivious to gentle pressures and responds only to hefty shoves.

Otherwise, the Mazda 6 remains a creditable executive choice. It is sizeable (nearly 4.9m tip to tip), spacious, elegantly styled and well finished. Only now, it may be a tad over-engineered.