Mazda 6 is an executive saloon with a sporty soul | Torque
Loading posts... 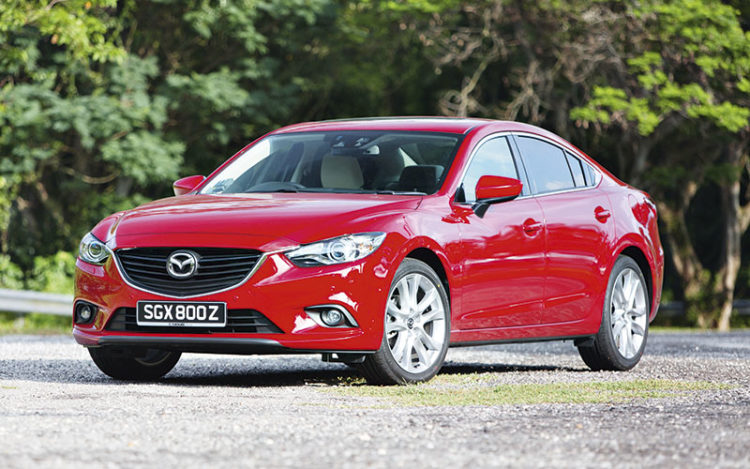 The Mazda 6 is Hiroshima’s attempt at reclaiming some of its lost mojo, with much of the lustre surrounding a brand known for its sharp-handling cars (yes, even the Mazda 5 seven-seater) missing of late. It’s axed the RX coupes and the MX-5 roadster is getting on in years, this current generation having been with us since 2005.

Needless to say, there’s quite a bit riding on its new mid-sized saloon to succeed. It has nothing to worry about on the chassis front at least. At 4865mm long (or 40mm longer than a Toyota Camry), the Mazda 6 is hardly compact, but a low seating position, rising shoulder line and raked windscreen conspire to create the illusion that it is smaller than it actually is. This is backed up by its agility, the sort of which we’d normally associate with a car a size class down. 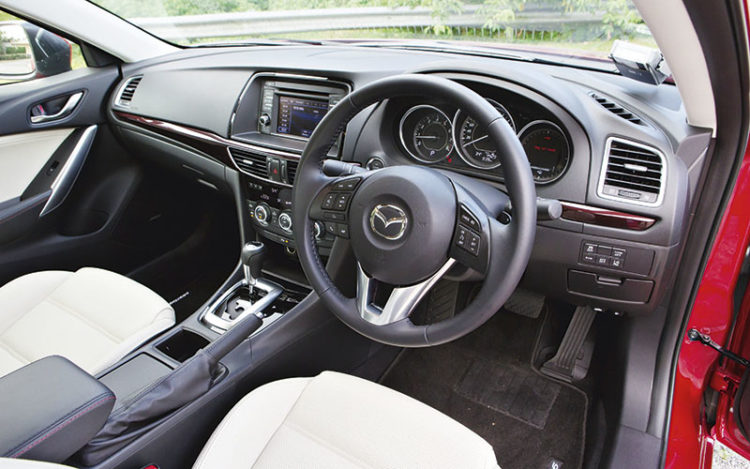 Much of this can be attributed to the SkyActiv chassis and its extensive use of ultra-high-strength steel, which is lighter than regular steel. The vehicle’s claimed kerb weight of 1444kg is hugely impressive for its size. (The 2.0 model, below the range-topping 2.5 featured here, is even lighter at 1393kg.)

That steel is also, by happy chance, more rigid than conventional steel, translating into a chassis that betrays little unwanted flex. The Mazda 6 is quick to settle into corners, and rapid steering inputs elicit little complaint. The car displays the sort of light-footedness that characterises the best of the breed. 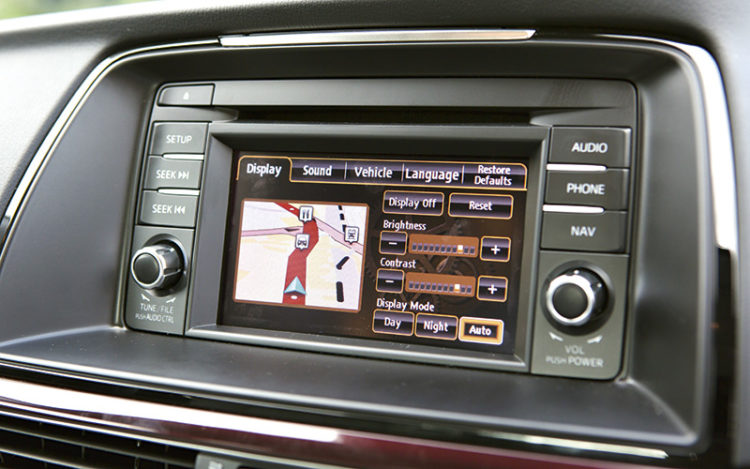 Equipment highlights include satellite navigation and a Bose sound system.

Yes, we’d like more meat to the steering and we want it to be just a little quicker, but that’s just nitpicking. Anyway, since we’re at it, we’d also opt for a switch away from the comfort-biased Bridgestone Turanza tyres.

It’s an odd choice given the Mazda 6’s sporting pretensions. Pitch the 6 too hard into corners, and it’s immediately apparent that the squishy sidewalls and greasy feel don’t flatter the chassis. 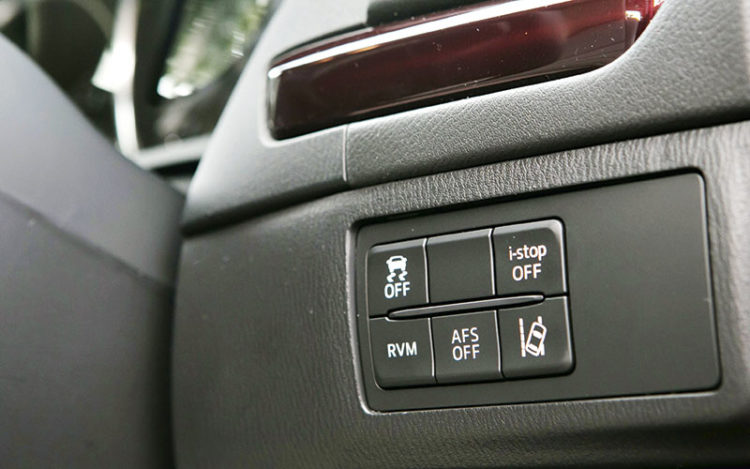 On the flip side, the tyres do contribute to the Mazda 6’s pliant ride. It glides over all but the worst tarmac and filters out much of the rippled surfaces that are the bane of cars shod with large wheels, like the 19-inch alloys on our tester. Aural refinement when cruising is also exemplary.

Ultimately, however, what lets the car down is its engine, and it’s hard not to feel a little shortchanged by the Mazda 6 for not delivering on the promise of that chassis. The disjunct between looks and actual performance is made even more apparent by how the new Kodo design language is said to reflect the athleticism of a cheetah in full flight. If the Mazda 6 was indeed a cheetah, then it’d be one with a bit of a bum ticker.

Its 2.5-litre 4-cylinder produces 187bhp, which should seem adequate, but it’s the thin 250Nm of torque, reached at a stratospheric (by modern standards) 3250rpm, that really shows the Mazda 6 up. 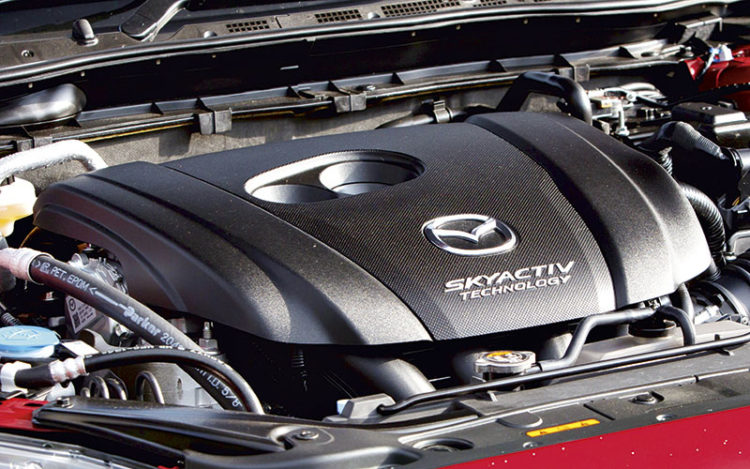 Coming anywhere near the 6’s 7.9 second century sprint timing requires burying the throttle into the carpet (and possibly beyond), the tinny keening of the engine making it clear that it’s something the car is highly uncomfortable doing. This negates the 15.1km/L consumption claimed by its clever SkyActiv drivetrain.

It’s a marvel of engineering, a naturally aspirated engine optimised to the hilt with a 13:1 compression ratio and frictional loss-minimising 6-speed automatic. The only problem is it’s a one-trick pony whose party piece is economy. 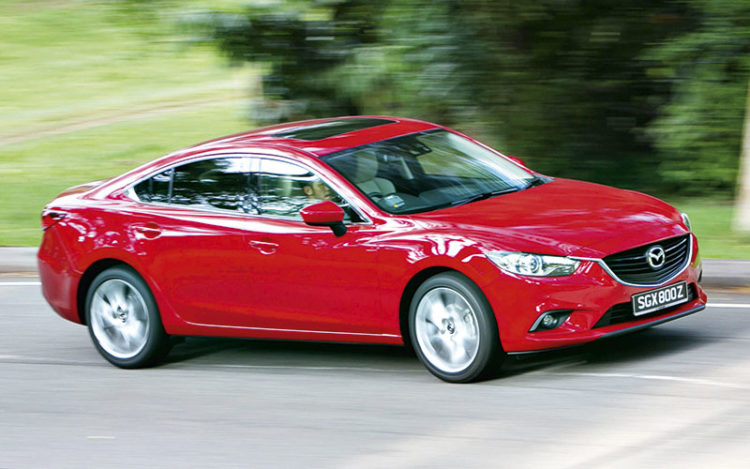 It’s this lack of punch that might make the car’s $198,988 (with COE) price tag a little hard to swallow, its equipment list (including TomTom satellite navigation and a Bose sound system), those dramatic lines and pointy chassis notwithstanding. The more practical-minded will also find issue with the 438L of luggage space. The boot is acceptably deep, but the high floor rules out more awkwardly shaped items.

The Mazda 6 proves that the brand’s mojo never really left, it’s just been in remission for a spell, although the prodigal’s return hasn’t exactly seen it arrive with all its limbs and indeed, its heart, intact. 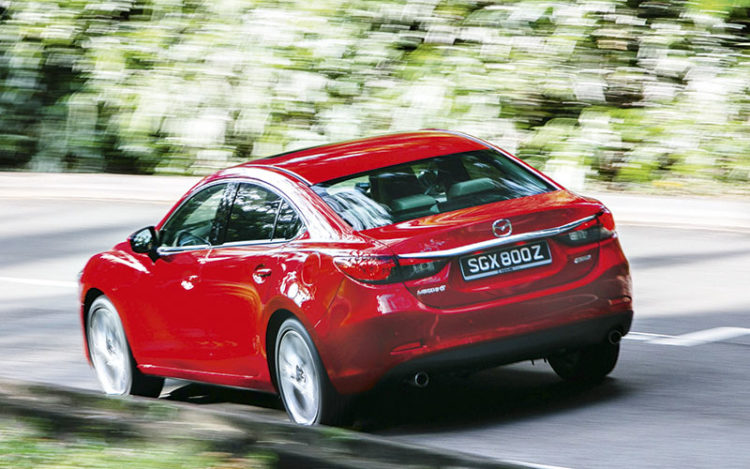 Design inspired by cheetahs in full sprint,; we’ve never seen a red cat, but the Mazda 6 is certainly a looker.