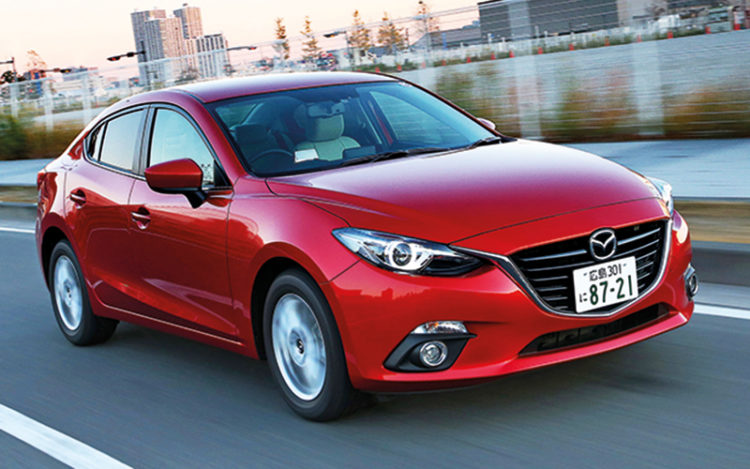 Japanese automakers compete against one another, of course, but they also collaborate on joint projects that offer mutual benefits. Notable examples include the dynamic duo of Toyota 86 and Subaru BRZ, and the rebadging of kei cars (Japan’s domestic mini-runabouts) to sell them under a different brand– the Mazda Flair, for instance, is actually the Suzuki Wagon R in a light disguise.

With hybrid cars being consistent bestsellers in Japan, Mazda has also collaborated with Toyota to introduce a petrol-electric hybrid version of its Axela (sold as the 3 in markets outside Japan). The Hiroshima-based automaker bought key hybrid-drive components from Toyota (believed to be from the second-generation Prius) and married them to Mazda’s 2-litre Skyactiv petrol engine. 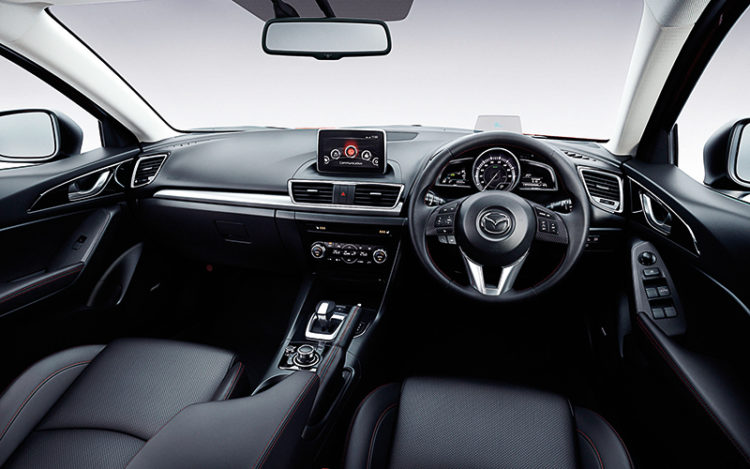 However, this doesn’t mean that the Axela Hybrid is merely a Prius technical template clad in swoopy clothes that follow Mazda’s Kodo styling philosophy. The engineers went their own way to integrate the different parts and optimise the operation of the hybrid setup, so as to make the eco-Axela a nicer drive than its “frenemy” from Toyota City.

It already looks nicer to drive, thanks to sexier styling than the Prius, which comes across as slightly geeky (and some of the buyers are actual geeks). But the Toyota is a more practical load carrier than the Mazda, due to its versatile liftback configuration and bigger boot, with 445 litres of space versus the Axela Hybrid’s 312 litres. The latter is down by over 100 litres compared to the conventional Axela saloon, because of the all-important nickel-metal hydride battery pack nestled behind the backseat. The well-made, well-designed dashboard and its modern conveniences, which include Mazda’s newfangled MZD Connect infotainment interface and a simple (non-retractable) head-up display, are carried over from the standard high-spec Axela, but the hybrid variant has a customised transmission panel.

Its “B-D-N-R” layout (“B” provides some form of engine-braking), with a separate button for “P” (Park), is the same as the Prius’ and it functions in the same manner – push the knob into the desired slot, after which it’ll “spring” back to its original position. Thankfully, said knob is less toy-like than the Prius’ space-age joystick. 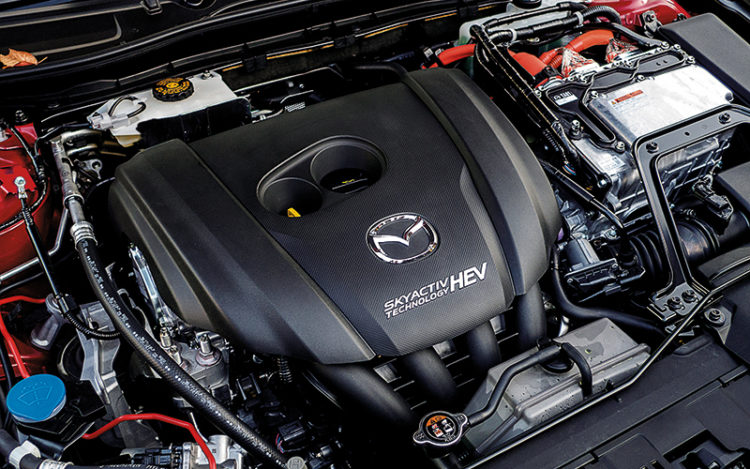 Mazda Axela Hybrid’s “electricals” and transmission were bought in, but Mazda did the tuning and the packaging.

More importantly, the Axela Hybrid offers a far less “digitised” driving experience and a more natural, better supported driving position than the Prius, while delivering fantastic mileage that would embarrass the Mazda 2 supermini, which returns an average of 14.7km per litre in 4-speed auto form.

In fact, the Axela feels positively alive when compared to the Toyota – it accelerates with some enthusiasm, steers accurately and corners neatly, even on economy-biased 205/60 R16 tyres. Said rubber gives decent grip, helped by the rigid chassis and excellent suspension. The all-round disc brakes are effective and easily modulated, apart from a little stiffness in the brake pedal’s initial travel – a minor issue that’s probably related to the regenerative braking system. The 2-litre mill is rather vocal when working hard (with full throttle applied), but its automatic transitions between “on”/petrol-electric and “off”/electric-only modes are smooth enough for everyday motoring. Always in the background is the computer-controlled mechanical interplay of the engine, motor, battery and transaxle. Simply drive, and let the hybrid car handle the complicated fuel-saving stuff.

Just like a Prius, in other words. But in this case, Mazda has injected enough of its own fun factor to make the Axela Hybrid more enjoyable (albeit not necessarily more desirable) than the benchmark eco-car. Even the keen driver who cannot see himself ever driving a Prius, or a Honda Insight for that matter, would find the petrol-electric Axela pretty interesting. 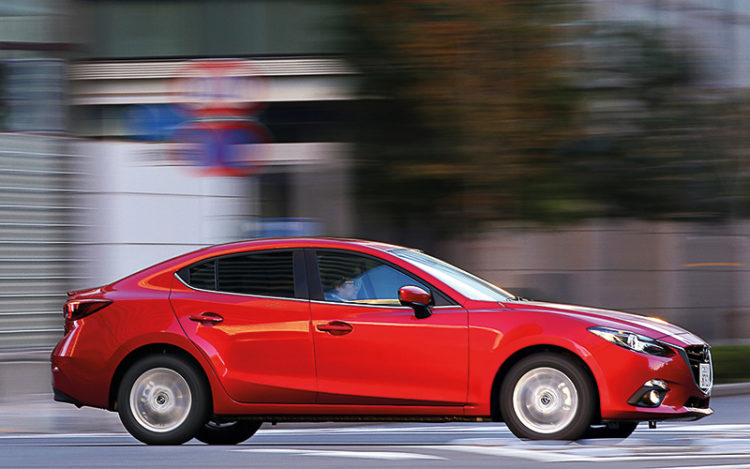