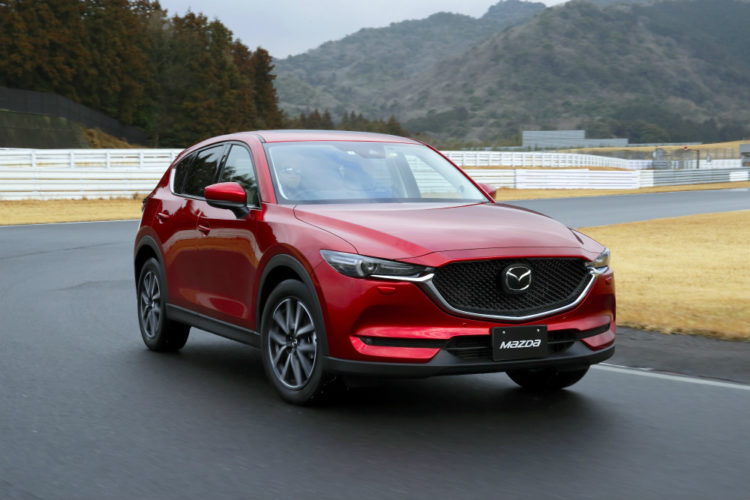 The latest CX-5 has built on the strengths of its popular predecessor, but also put on 40 to 50kg. Still, the crossover looks slimmer, thanks to its flatter profile (5mm longer and 15mm lower) and sleeker light clusters.

According to Mazda, the car’s NVH (noise, vibration, harshness) insulation has been beefed up, crash safety and ride comfort enhanced and equipment list expanded. With all that, a 50kg weight gain is excusable.

Two new items are a powered tailgate and rear air-conditioner vents. Both are practical features in Singapore.

In the new CX-5, the boot is as well organised as before and a bit more spacious. With its 2700mm wheelbase retained from the old model, cabin space remains ample.

But the rear seats now have a two-step reclining mechanism, so occupants can lean back and relax more easily, while the front seats have more supportive cushioning.

Most of the switches on the redesigned dashboard look (and click) like those in the earlier CX-5, but subtle improvements have been made. For instance, the motors that adjust the front seats are less noisy now and the glovebox lid does not rattle gently anymore when it is opened.

The printed film decorating the dashboard and doors is a nice touch – less chintzy than fake metal and less tacky than faux wood.

More importantly, there are useful new gadgets for the driver. One of them is Active Driving Display – a neater and clearer head-up display than the one available in the Mazda 3, 6 and CX-3.

Another is the Mazda Radar Cruise Control, which allows the CX-5 to follow the vehicle in front at speeds of up to 100km/h. 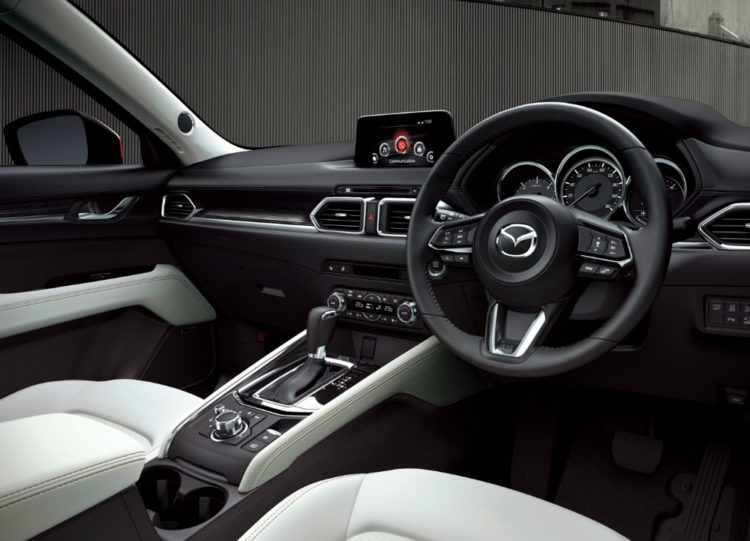 One other useful new gadget in the CX-5 is a seven-inch centre touchscreen. It is the same size as the previous updated one, but projects sharper text and graphics.

The hi-fi is punchier, with an optional Bose sound system broadcasting through 10 speakers, two of which are mounted in the A-pillars – another of the car’s upgrades.

Too bad the 2.5-litre engine and its 6-speed automatic gearbox, carry-overs from the last CX-5, were not upgraded.

They have received tweaks, though. The shift lever is positioned 60mm higher than before and thus more handy. New software has made the transmission more responsive to the driver’s inputs.

The car responded well to my intentions at Mine Proving Ground – not as well as the nimble MX-5 roadster I drove just before the new CX-5, but better than the old CX-5.

That said, both CX-5s gave plenty of all-wheel-drive grip from their 225/55 R19 tyres and steered surprisingly sharply for elevated everyday hatchbacks.

But the newcomer kept a tighter rein on its body movements while its stable chassis, well-damped suspension and accurate, well-weighted steering provided me with greater confidence to spear through the corners of the circuit.

I became overconfident at one point and the car threatened to skid. But the onboard stability control intervened to save my skin.

Of course, for crossovers, racetrack situations are less relevant than city roads, traffic jams and suburban excursions. The new CX-5 should be able to handle them equally well. It is quieter on the move, has a more pliant ride and is adequately equipped with user-friendly features that make life easier.