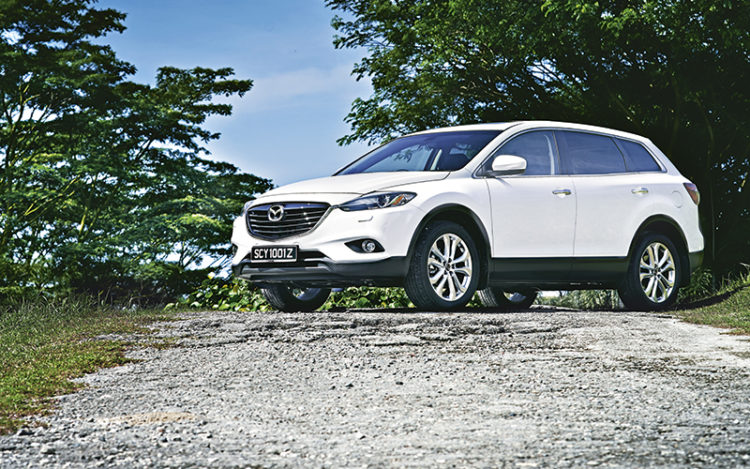 America is commonly called the Land of the Free. But ask any Asian who’s visited the US, and they’re likely to describe the experience as holidaying in the Land of the Large. Because compared to the rest of the world, almost everything in America is bigger.

Take the portions served in restaurants, for instance. Eateries such as The Cheesecake Factory have servings so huge that even American diners have trouble finishing their orders. Walk into a 7-Eleven there, and you’ll discover that the size of the largest Big Gulp is 64 ounces (1.9 litres). It makes the Big Gulps here seem more like “Little Sips”, for the biggest size available in local 7-Eleven stores is only 44 ounces (1.3 litres). 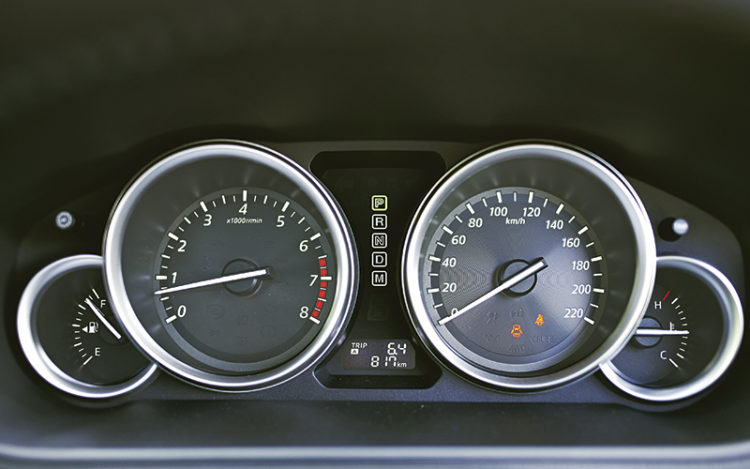 Pay attention to the fuel gauge needle, for it falls as quickly as the revs climb.

Not surprisingly, when it comes to cars, many American motorists love driving super-sized SUVs (sports utility vehicles). Only US carmakers could come up with behemoths such as the Hummer, Chevrolet Suburban, and Cadillac Escalade. After all, with their broad roads and generously sized carparks, drivers there don’t have a problem parking these monsters.

But owing to space constraints in Singapore, most local motorists aren’t especially keen to drive enormous SUVs. For the few who do want to “live large”, though, the CX-9 could be what they seek. 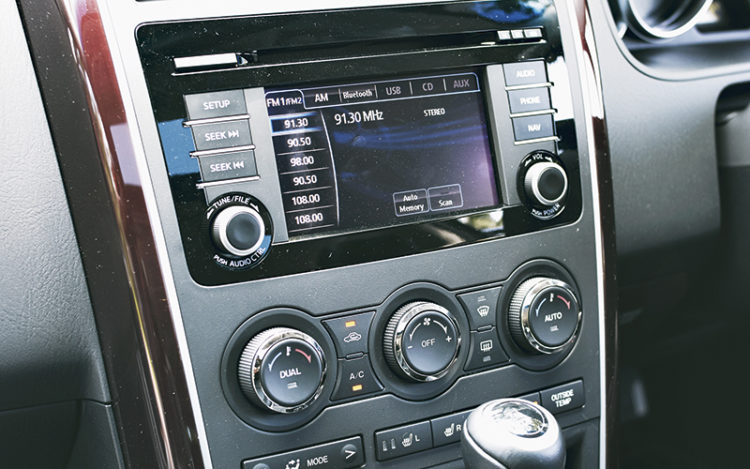 For starters, the CX-9 simply dwarfs the other seven-seater SUVs sold here. At 5106mm, it’s longer than the Kia Sorento (4685mm) and brick-like Volvo XC90 (4807mm). In fact, the CX-9 is even lengthier than the Audi Q7 (5089mm). This Mazda is so large, even its 20-inch tyres look rather small under those lorry-like wheel arches.

The CX-9’s colossal exterior translates into an equally expansive interior. The cockpit is well-suited to tall passengers as there’s plenty of headroom, and the wide seats easily accommodate drivers with wide waistlines. The dashboard’s look and layout are similar to that of the CX-5 (the CX-9’s smaller sibling), and definitely more ergonomic compared to the discontinued CX-7. 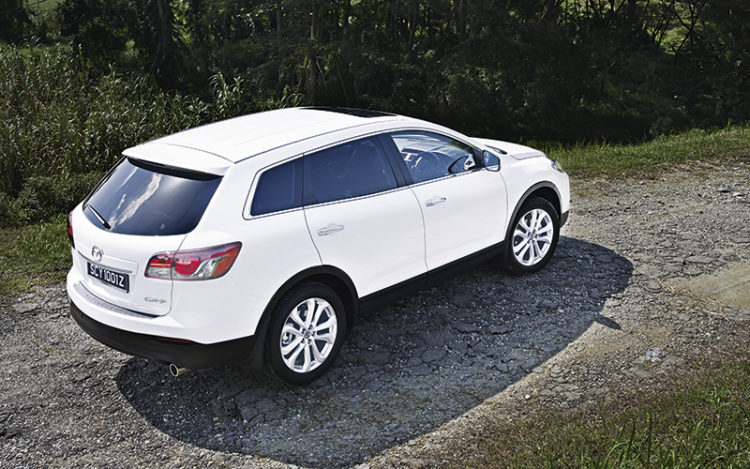 Also user-friendly is the CX-9’s infotainment system, which offers TomTom-powered navigation and Bluetooth telephony functions. But the real treat here is the Bose audio, which really makes your favourite tunes sound great. Not so great, however, is the lack of a Rear Vehicle Monitoring (RVM) system to help you detect other cars within the vehicle’s blind spots. If this safety feature is incorporated in the less expensive CX-5, it should be standard on the CX-9, too. Also missing is an electrical folding function for the wing mirrors – a convenience present even in bread-and-butter cars.

The space in the second row is rather odd. While the flat floor means three or possibly even four passengers can be seated abreast, the seats themselves actually aren’t that comfortable. This is because the bench has been set very low (which results in an awkward sitting position) in order to “increase” available headroom, while the storage points for passengers’ knick-knacks seem miserly in light of the ample cabin room. 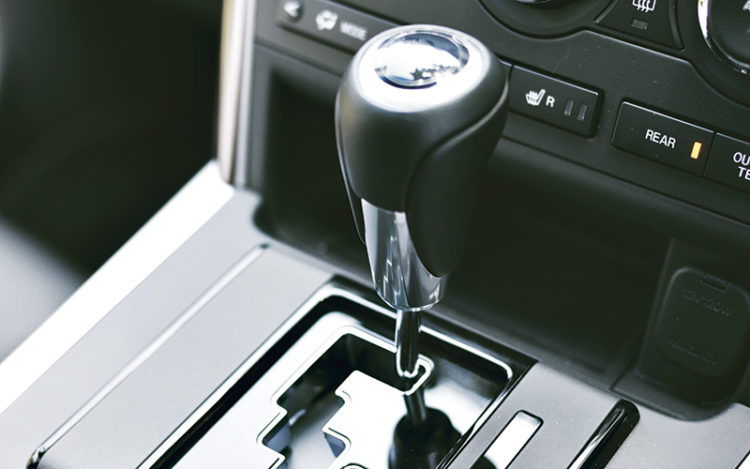 This 6-speed automatic is seamless, and the -/+ points for the manual override are in the “correct” positions.

Access to the rearmost pair of seats is fairly simple, while the legroom right in the back is decent. The reduced headroom caused by the tapered roofline, on the other hand, means this area is more practical for children rather than adults.

Befitting the CX-9’s gargantuan proportions is its sizeable 3.7-litre V6 engine, which churns out 274bhp and, more crucially, 367Nm of torque. Although the latter figure only peaks at 4250rpm, the naturally aspirated motor’s wonderful responsiveness delivers plenty of shove, even from a standstill. 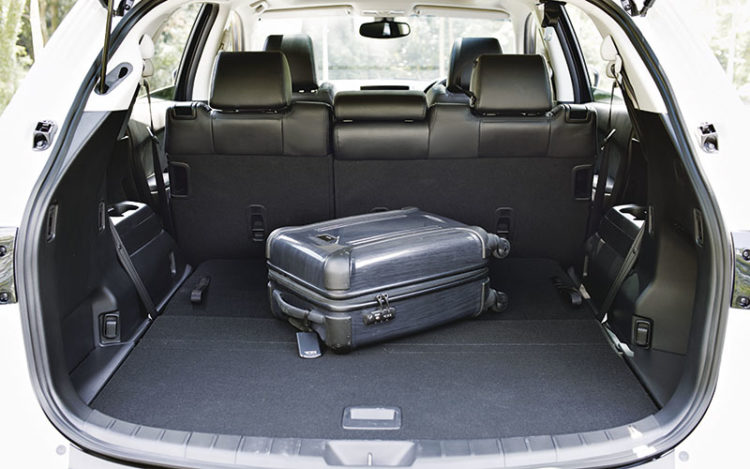 There’s 487 litres with all seats upright, which can be expanded to 2852 litres by folding the second and third rows.

This SUV’s performance is admirable even with a full complement of passengers on board. It pulls away easily, with the powerplant’s vocals providing a throaty soundtrack to the proceedings. It also rides smoothly despite the aforementioned 20-inch tyres, and cruises quietly in spite of its mass. The CX-9, however, is in need of stronger brakes. It lacks stopping power even with just the driver on board, thus requiring you to brake even earlier when the vehicle is fully loaded with people.

These drawbacks, however, are unlikely to deter a committed big-SUV enthusiast who’s bent on living large and driving the American (automobile) dream, even if it is with a marque that hails from the Land of the Rising Sun. 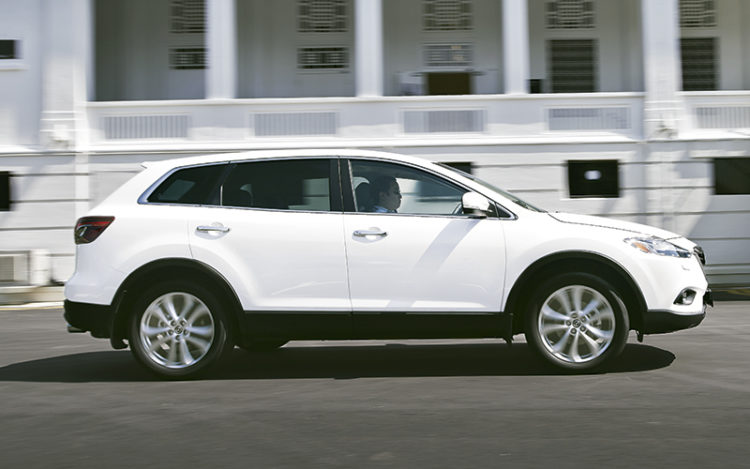