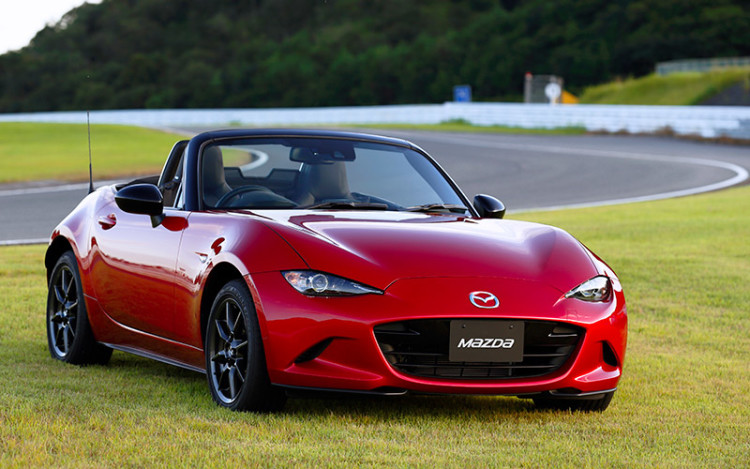 When Mazda launched the original MX-5 (codenamed NA) 26 years ago, they created quite a stir with its modern rendition of the 1960s’ roadster genre.

It’s a cleverly packaged sports car – cutesy, fun to drive, affordable and with a measure of Nihon reliablility. Other cars have tried to emulate Mazda’s roadster formula, but none has managed to reach the MX-5’s cult status.

Mazda’s brief to its designers and engineers for the latest MX-5 (codenamed ND) was to rekindle the magic that made the NA such a roaring success.

So, instead of being upped in size or power, the MX-5 was downsized and went on a major diet. It’s now 4cm shorter than the original model, and has lost more than 100kg over the previous model. At barely over 1000kg, it’s a featherweight by current roadster standards.

A modest 130bhp 1.5-litre naturally aspirated engine is new for the base model, and so is the SkyActiv-G 155bhp 2-litre engine for the top-of-the-range version. 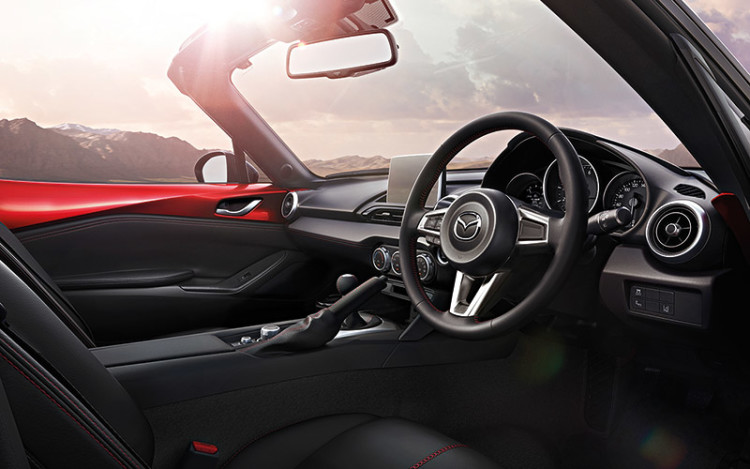 Despite the ND’s dainty external dimensions, it will comfortably accommodate two grown adults in the snug, trimmed cockpit.

But it’s not all perfect. There is no glovebox (made way for a passenger airbag), and the centre console’s cubbyhole and mini-compartments behind the seats are barely enough for your mobile phone, sunglasses and other oddments. The slits of door pockets are good for carpark coupons and little else.

Boot space, too, has shrunk (by 20 litres) to 130 litres, which is just enough for a pair of carry-ons or soft duffle bags.

You sit very low to the ground and all controls fall to hand naturally. Press the “Start” button and a sporty engine/exhaust note comes to life. You can even sense the power lurking beneath, with a tinge of mechanical vibration through the transmission shifter.

There isn’t much poke low down in the rev band, but the high-compression (13:1) 1.5-litre engine mated to the 6-speed automatic gearbox is certainly rev-happy and ready to oblige.

In Sport mode, it will gladly hold the revs till 7000rpm before the gears change up. It also intuitively downshifts when braking, to keep within the peaky power band, ready to charge out of the next hairpin bend. 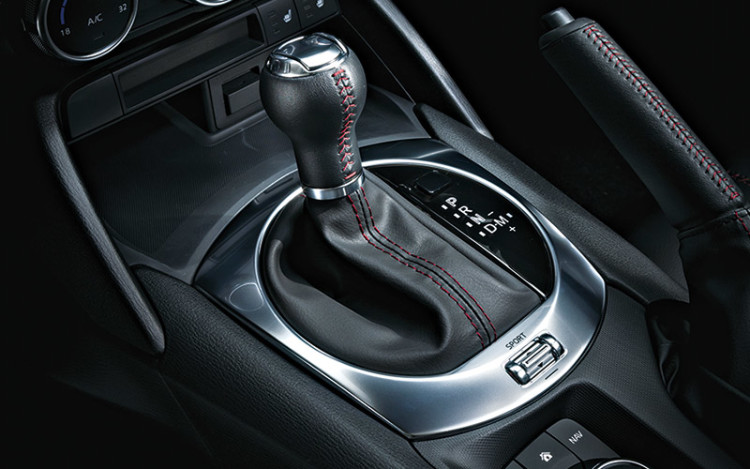 For the record, the 6-speed manual MX-5 doesn’t feel much sportier than the 6-speed auto MX-5, although you’ll have the pleasure of wrist-flicking each cog into gear as you accelerate in tandem with the footwell’s nicely weighted pedals.

The quick and accurate steering is communicative, too – a Mazda forte. This gives the driver a sense of confidence in fast corners, accompanied by moderate body roll and squealing from the skinny 195/50 R16 tyres, as the MX-5 approaches its traction limits.

With the roof down, wind noise is pronounced at speeds above 90km/h, and it remains noisy even with the windows up. When the insulated hood is up, the cabin quietens down a bit, but still with a heady mix of engine and exhaust chorus accentuating the sensation of speed.

The hood itself is neat. Just release the catch, pull the fabric soft-top and latch it tight, using only one hand – all within a few short seconds. 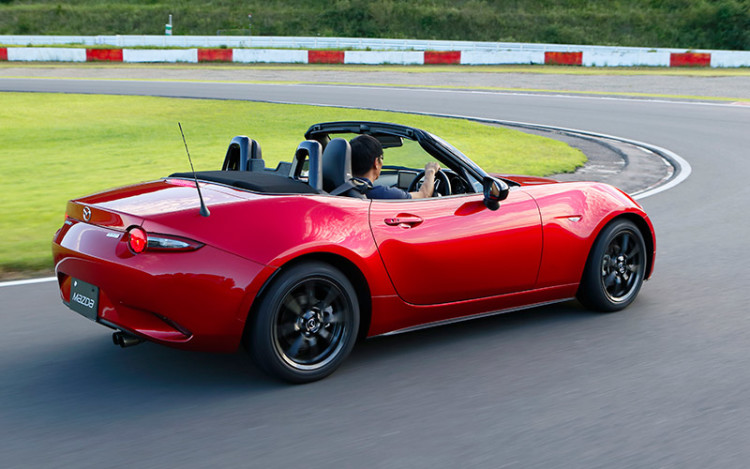 Mazda’s latest ND MX-5 manages to capture (or recapture) the essence of the original NA. There are racier and more capable small sports cars out there, but none is quite as charismatic or as entertaining as the new Japanese roadster.

It’s not about speed per se, but the embracing of Mazda’s jinba ittai philosophy – oneness between driver and car. Therein lies the magic of the MX-5.