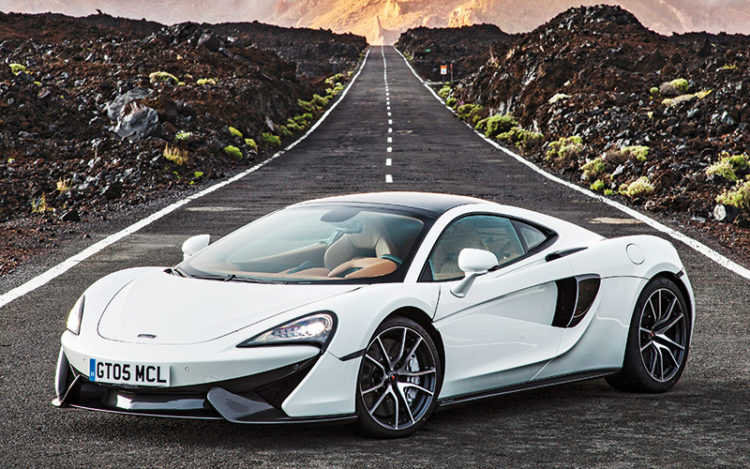 Just last year, I was introduced to McLaren’s “affordable” 570S at Portugal’s Portimao racetrack. This year, McLaren held the party closer to Singapore by introducing the 570GT at Malaysia’s Sepang racetrack.

The newcomer and the closely related 570S belong to the McLaren Sports Series, which is positioned below the McLaren Super Series of 650S and 675LT. The Sports Series models offer a mid-mounted twin-turbo V8, an aluminium body, a carbon fibre chassis and a local price tag of below a million bucks.

The 570GT looks almost identical to the 570S, but eagle-eyed observers will spot the differences – the “flying buttresses” of the rear pillars have been removed, the rear windscreen has been redesigned to double as a glass hatch, and the rear lip spoiler has been made 10mm taller to compensate for the reduced downforce of the reconfigured rear deck. 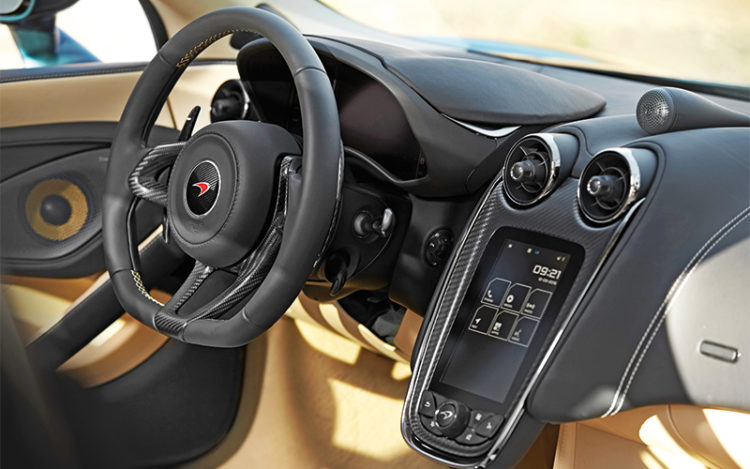 The reconfiguration is to increase the interior space. The 570GT is certainly more spacious than the 570S, but there’s not enough extra space to squeeze two more seats into the cockpit.

The shelf below the side-opening, tinted, heated and carbon-fibre-framed glass hatch provides a storage capacity of 220 litres for baggage and whatnot – usefully more than the 144 litres in the 570S.

The storage area can be trimmed in either Nappa leather or Alcantara fabric, and is equipped with runners and a retaining loop to secure stuff. Of course, McLaren sells a set of designer luggage that maximises the 570GT’s cargo space, which includes the existing 130-litre compartment beneath the bonnet. 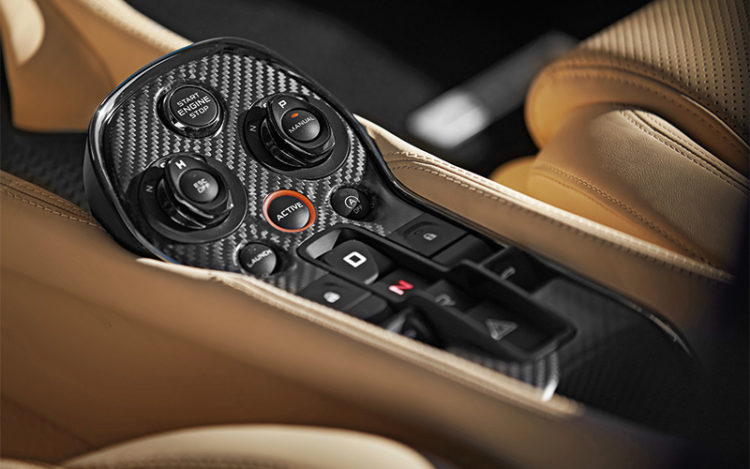 Also new are the panoramic glass roof and the plusher, leather-wrapped cabin with improved soundproofing. All the changes make the 570GT 37kg heavier than the 1313kg 570S.

Both the 570GT and 570S use McLaren’s Monocell II, a modified variant of the carbon fibre tub that underpins the 650S. Monocell II has lower sills that add 6kg to the light weight (75kg) of the original tub, but those sills make it easier to get in/out of the 570.

The 570GT uses the same engine as the 570S. The McLaren-developed M838TE is a twin-turbocharged 3.8-litre V8 that produces 570bhp (hence the car’s name) and 600Nm, delivered to the rear wheels via a 7-speed dual-clutch SSG (Seamless-Shift Gearbox). There are three powertrain settings (Normal, Sport, Track) for the driver to choose the most appropriate performance for the given situation, be it on road or track. 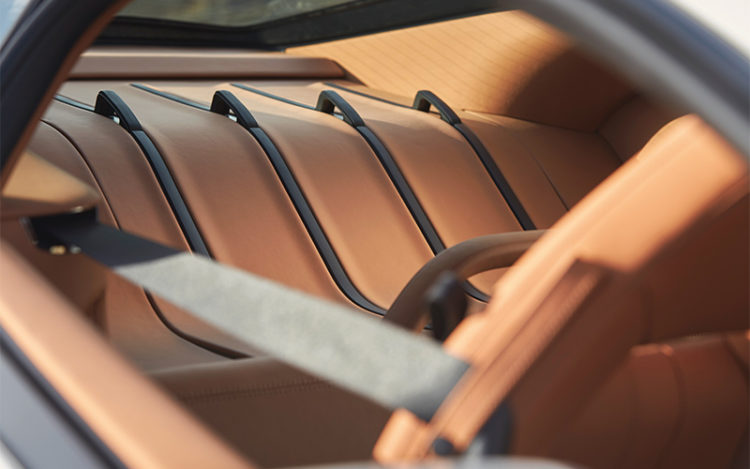 The 570GT’s new-generation Pirelli P Zero tyres might account for some of that difference in pick-up, because they have less off-the-line traction than the quasi-racing Pirelli Corsas of the 570S.
Like the 570S, the 570GT uses conventional independent-coilover suspension, but with 15 percent softer front springs and 10 percent softer rear springs.

The steering rack of the 570GT is also 10 percent less direct than the one in the 570S, but remains wonderfully communicative. 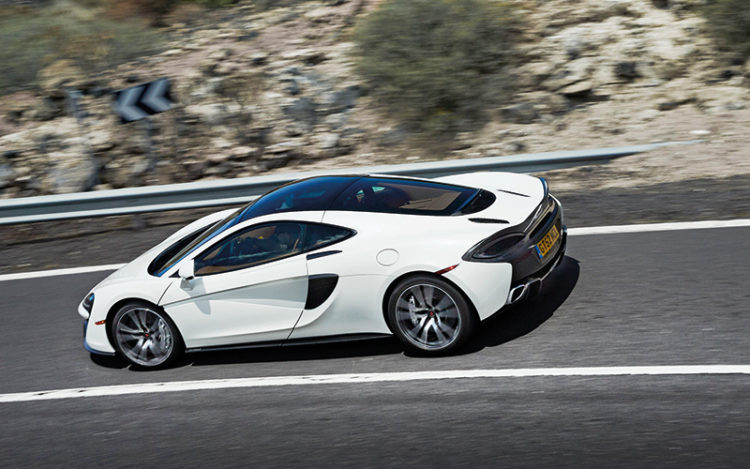 These tweaks allow the 570GT to behave in a more progressive fashion than the 570S, while riding with the same fluency as the 650S.

Compared to the 570S, the more softly sprung 570GT is more tolerant of throttle applications, transfers its weight less abruptly and displays less tendency to oversteer.

On a perfectly driven quick lap at a circuit such as Sepang, the 570GT won’t be quite as quick as the 570S, but it’s easier to handle at the limit. And below that high limit, it’s easier to keep the 570GT on your chosen cornering line. At the same time, the P Zeros are pretty forgiving.

So, the 570GT makes life in the McLaren fast lane more liveable. Yet, it still gives supercar levels of performance and handling. The 570GT is softer, friendlier and more practical than the 570S, but it’s equally enjoyable. 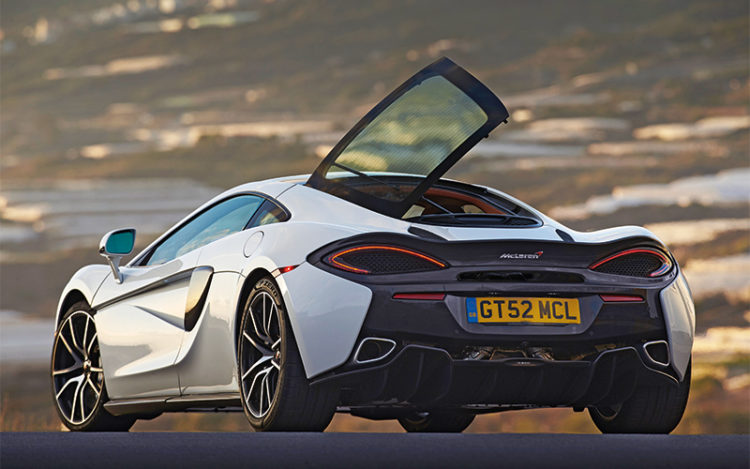