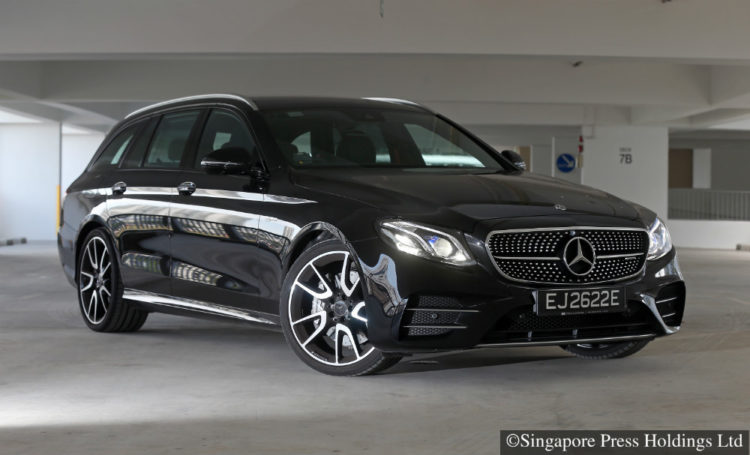 The concept of combining brawn and beauty is not uncommon in the automotive world. Mixing brawn with utility is a little less common, even though Volvo popularised it more than 20 years ago with the 850.

Since then, variations of the theme have surfaced, with Audi probably leading the pack with its RS Avants.

But if you want lots of space with pace, the unassuming-looking Mercedes-AMG E43 Estate is hard to beat. This car has an enormous storage capacity – 640 litres to be exact. A lot more if you fold the rear seats.

That means you can carry a lot of stuff in there. But you should probably leave out fresh milk and nitroglycerin. With the car’s hard-as-nail ride, chances are both would go off before you get home.

Indeed, the all-wheel-drive E43 wagon is sprung like a hardcore racer. While such a set-up is acceptable in a car like the Mercedes- AMG C63 Coupe, it is a tad over the top in an estate – even one wearing the racy AMG badge.

It is even more curious, considering that the car’s “43” nomenclature denotes “AMG-lite”. You would think a car that is not meant to be an all-out track beast should be supported by softer springs.

Not the E43 4Matic Estate though. Its ride is decidedly firm, especially if you are seated in the second row. All in all, it has perhaps slightly more yield than the C63’s chassis, but there is no mistaking its orientation. 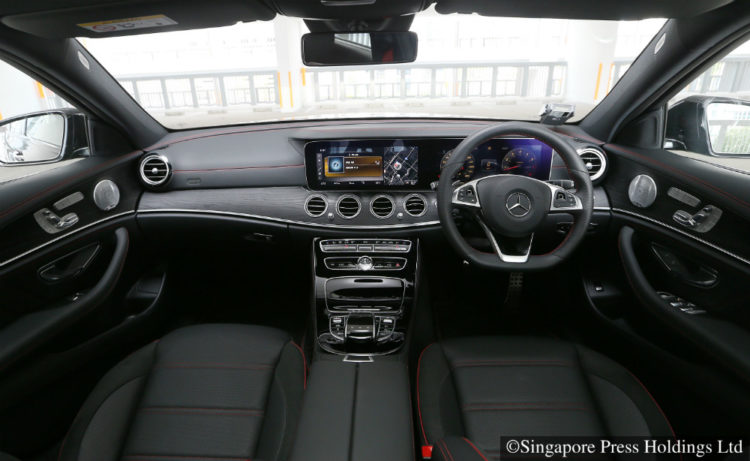 Maybe it is partly attributable to its 20-inch wheels, which again are strangely bigger than the sportier C63’s 19-inchers.

With some 400 horses in rein, an owner might be tempted to make a detour to Pasir Gudang on the way back from the grocery store. In such an expedition, he or she will be thankful for the car’s 4Matic all-wheel-drive system (the beefier C63 is rear-wheel-drive).

The E43’s rear-biased system preserves the Merc’s driving characteristics in the city, but comes into full play in the circuit. If there were to be a race among full-sized fully ladened station wagons, the E43 should have a distinct advantage because of its twin-axle drive.

Even in everyday applications, you feel the car has a more neutral and balanced disposition when it is negotiating a sharp bend. Even though its rear overhang is 10mm longer than the E-class sedan’s, you do not really feel it.

Like all Es, the car is superbly composed on the go. Its helm is unwaveringly steady and true, which is always a good thing if you don’t wish to work too hard for an enjoyable drive.

As a utility vehicle, the E43 is pretty traditional. The luggage area is decent enough for many weekend activities. But should you want to lug larger items, just fold the rear seats down to free up a flat and expansive area.

It has a motorised tailgate, which is pretty standard fare. It also has soft-closing doors, which are far less common. On the whole, it is a quibble-free car. Well, except maybe for its hard ride. 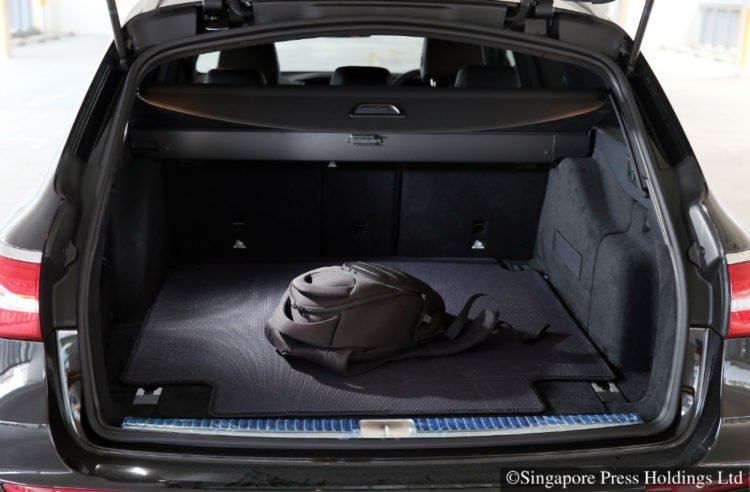