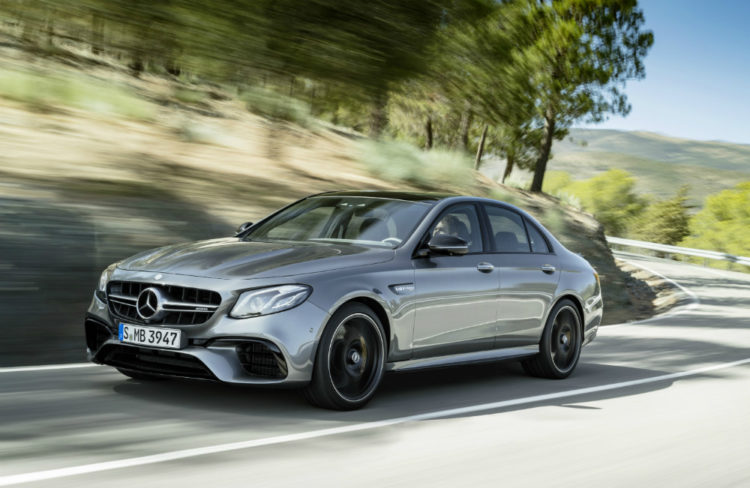 For the test drive of the new E63 S in Portugal, the folks at Mercedes made the journalists drive 110km from the airport to the Algarve race track at Portimao instead of to a hotel.

The three-hour stop at the race track was necessary for the test drive as the E-Class being tested is a thoroughbred track machine, though it is based on the Mercedes-Benz E-Class launched earlier this year.

The car has a distinctive twin-blade AMG radiator grille and air intakes are larger than the headlights. The air intakes are necessary to cool the twin-scroll turbocharged 4-litre engine under the hood.

Mr Matthias Schottle, who headed the development of the car, said at the press conference that the newcomer is “the most powerful E-Class ever built”.

He could also have called it the fastest E-Class ever. As I drove the car out of the Faro airport, the first thing that awed me was how torquey it is on the move. The car’s official century sprint is a blinding 3.4 seconds.

I made a wrong turn into the expressway from the airport and the car’s navigation system redirected me to an alternative route that added about 20km to the drive.

For international test drives, the organisers invariably pick the best-paved or most scenic routes, sometimes both.

The unplanned route ahead of me was neither well-paved nor scenic. Instead, it cut through warehouses and villages and was full of potholes.

But the car performed well, absorbing the potholes and road bumps as a E-Class would.

It was as if it has the bipolar behaviour of a sports car and a luxury saloon, with both accessible at the flick of a switch.

The car has four drive modes: Comfort, Sport, Sport Plus and Race. While the Comfort mode may be the default one for daily driving, the various sport modes shine at the race track.

The Mercedes minders at the track were so serious about track driving that the journalists had to wear race helmets and balaclavas.

After I sent a selfie in my racing gear to my wife, she asked: “Why are you covered up like that?” 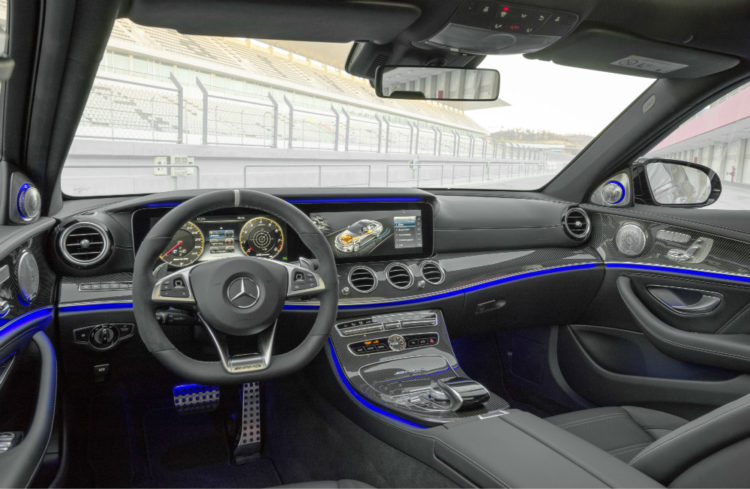 I replied in jest: “In case I feel queasy from the tossing and turning, I’ll vomit into the balaclava and the car will be kept clean.”

Well, I managed to take the car 10 times around the clockwise 4.7km Algarve track.

The highest speed I clocked was about 230km/h and the scariest part of the circuit was a blind climb to a hilltop and a dip of what felt like several storeys followed. I did not vomit, but I could easily have passed out from the adrenaline rush.

I entered a particularly tight corner with too much speed and looked like I was not going to steer the car out of the corner cleanly, but the car’s 4Matic+ four-wheel-drive system kept me on the track and away from the gravel.

I do not know exactly how it worked, but it would have adjusted and redistributed the torque at the four wheels, so that I could get out of the tight corner.

I am not an out-and-out aggressive driver, but still, I appreciated what that safety feature did for me.

It is the first time Mercedes-AMG equipped the souped-up E-Class with the 4Matic+ system as standard gear.

After the jaunts round the track, the car provided a comfortable and cossetting drive to the hotel.

Within 24 hours, I had driven the car for about 200km, a quarter of which was on the race track. The 24-hour programme was insufficient to fully appreciate a car, but it was clear that the E-Class AMG hits a sweet spot.

It is a Swiss Army knife of a car. It is lightning-quick on the track and it has four doors, a spacious boot, so it can be a family car with the prestige of a Mercedes.

The car also has a limousine-like presence and enough rear legroom, so that those switching from the flagship S-Class would not feel like it would be a downgrade.

Those keen on the new E63 S have to wait until the second quarter of next year. The price is still being worked out, but it should cost more than half a million dollars.

For such an all-in-one car with performance, practicality and prestige packed into a package, the price may be a bit of a bargain.