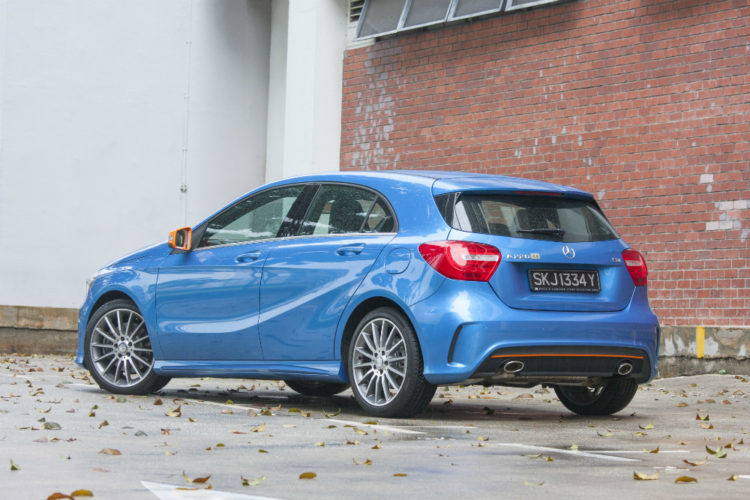 Mercedes-Benz would like you to believe that the all-new A-Class is the “rebel” of its passenger car range, but nothing could be further from the truth – at least not where the petrol-powered variants are concerned. The A200 Urban I drove recently, for instance, is imbued with all the traits one would expect to find in a Mercedes. It has a stylish and refined cabin, and the car rides comfortably even on sports suspension. Plus, despite its dual-clutch gearbox, the A200 continues to perform in a relaxed manner even when the manual override function is utilised. Apart from the youthful, sporty design, there’s nothing really un-Mercedes about the A-Class.

It’s a different story with the A220 CDI, however. Unlike the A200 and A250 Sport, which have smooth-revving 1.6-litre and 2-litre petrol engines respectively, the 2.1-litre turbo-diesel in the A220 is quite uncouth. Like an old-school oil-burner, it clatters when started, and sounds like a taxi at low speeds. If you were expecting one of those advanced diesel units that are as quiet as their petrol counterparts, you’ll be disappointed here. 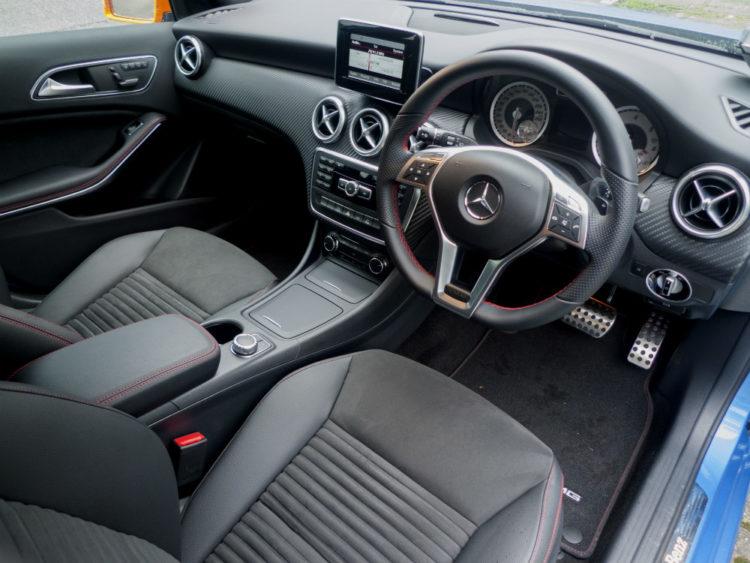 Now, while the A220 is coarse at low speeds, its acceleration is nothing short of delightful compared to the A200. With 170bhp and 350Nm (14bhp and 100Nm more than the A200), the A220 feels punchier and more effortless. And while the 7-speed dual-clutch in the A200 displays a lackadaisical response, it’s more urgent here. There’s less hesitation when moving off from a standstill and the manual override feels quicker, too.

But because diesel engines are heavier than their petrol counterparts, the A220 weighs 40kg more than the A200. The A220 thus requires slightly more steering lock to get its nose to tuck in. Apart from this, the overall handling remains tidy. 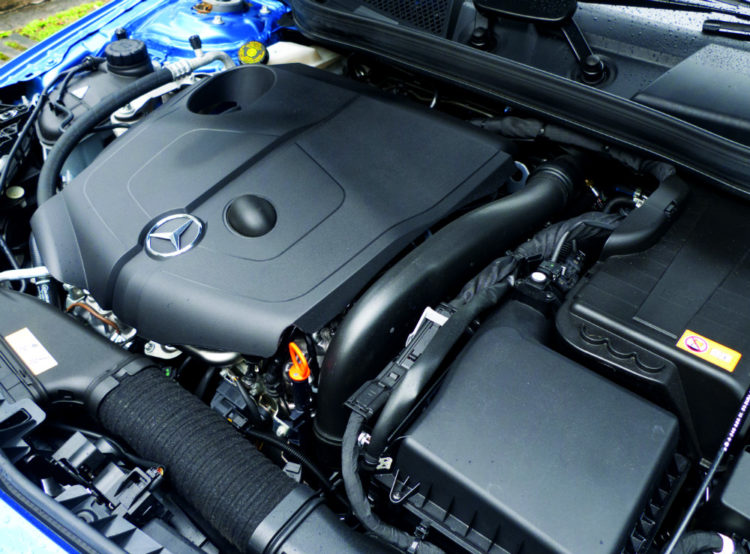 The diesel unit’s clatter vanishes once the engine reaches its operating temperature.

Although the A220 feels speedier and has a more responsive gearbox, its century sprint timing of 8.2 seconds is surprisingly no quicker than that of the A200’s. But when it comes to frugality, the A220 is clearly superior. Over a four-day test-drive, I easily managed a combined consumption figure of 17km per litre. Although this is still far from the manufacturer’s claimed figure of 23.8km per litre, it was achieved with a heavy right foot and without the use of the start-stop function, which is more jarring here than in the A200.

The A220 might not be as polished as its petrol-powered siblings, but this is part of what makes it the “black sheep” of the Mercedes family. For buyers who fancy themselves as rebels with a cause, they would certainly stand out by opting for this diesel model.