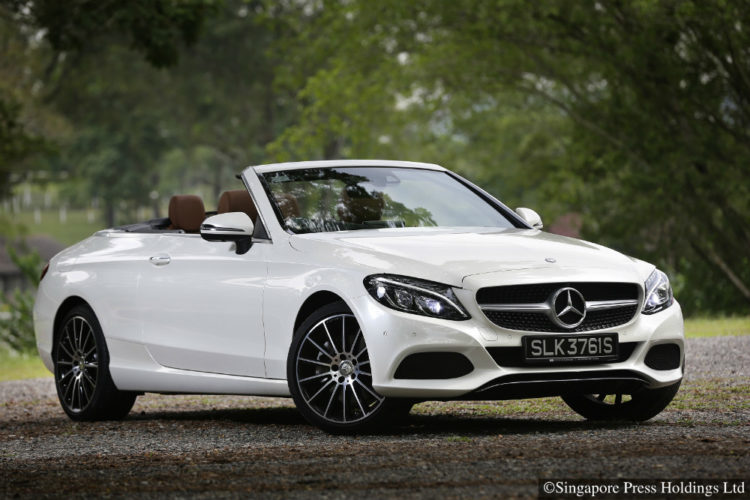 Car buyers are a shallow lot. They go for looks, brand name and price. Nothing wrong there since they are seeking a mode of transport and a status symbol, not a life partner.

In that respect, Mercedes-Benz has been enjoying a winning streak. Its move to make a series of lower-end front-wheel-drive models has resulted in a huge following from customers who not too long ago would have found a Merc unattainable. That’s price.

As for brand name, the German manufacturer is pretty confident that its three-pointed star emblem will continue to outshine those of its rivals, despite its move to make lower-end front-wheel-drive products.

Next, looks. Mercs are getting better-looking by the day. Its revised SLK – now known as SLC – is one example. The GLC Coupe is another. In fact, along with its crossover stablemates, the GLC has helped propel Mercedes to the top of the premium SUV sales chart.

Then, we have the new C-Class Cabriolet, the first soft-top that is derived from the competent C-class and which bears the C-Class name. (Previously, there had been an E-Class Cabriolet that was based on the previous C-Class. Confusing.)

The new car is easily the most alluring modern-day cabriolet from Merc. It is of a good size, well-proportioned, with broad shoulders which make it look planted and purposeful from all angles.

A high waistline and a low-profile windscreen combine to give the open-top an elegant, nautical feel. Its flush rear deck is lined by a metallic rim which extends to the A-pillars. Its sleekness translates to an enviable drag coefficient of 0.28. 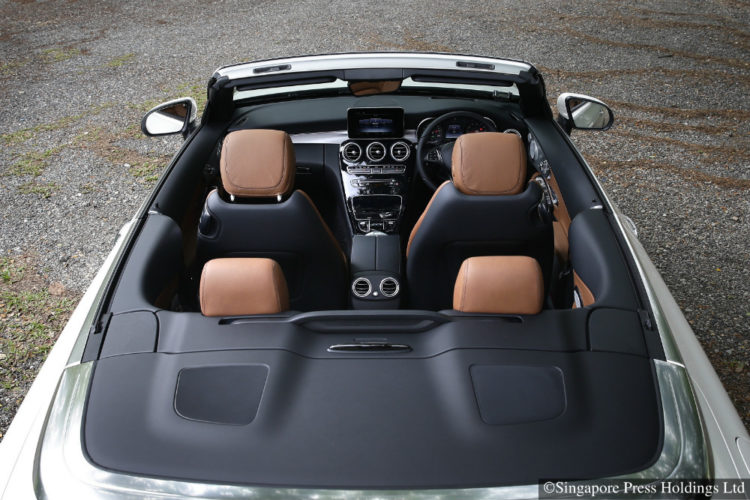 The car is not all show and no go, either. In C300 guise, it has 245bhp and 370Nm from a forced induction 2-litre engine that is brimming with enthusiasm.

Tap its throttle lightly and the four-seater powers away with an exuberance normally associated with hot hatches. Its energy is underscored by rousing notes from a sports exhaust (found on the C300).

Its movements, however, are more akin to those of a grand tourer, with a chassis that is strong and taut and a suspension that dulls road intrusions and masks the car’s weight well.

For a soft-top, the cabin is impressively devoid of rattle and squeaks, but external noises tend to permeate more than you expect.

Like most convertibles then, the C-Class cabrio is in its element when the top is down. As always, Merc’s powerful climate control handles the demands of open-air motoring well.

Its cabin, roomy with a 2840mm wheelbase and a 1810mm width, becomes downright expansive when its canopy is tucked away. Even with the roof stowed, there is 285 litres of stowage available (360 litres otherwise) – enough for a couple of overnight bags.

Like its sedan sibling, the C300 Cabriolet is well furnished and finished. The test unit has a head-up display with detailed navigation instructions, LED headlamps and tail-lamps, reverse and 360-degree cameras, Collision Prevention, easy-access system and a lovely Burmester surround-sound hi-fi.

For those who go beyond looks, brand name and price, these are juicy cherries on the icing.