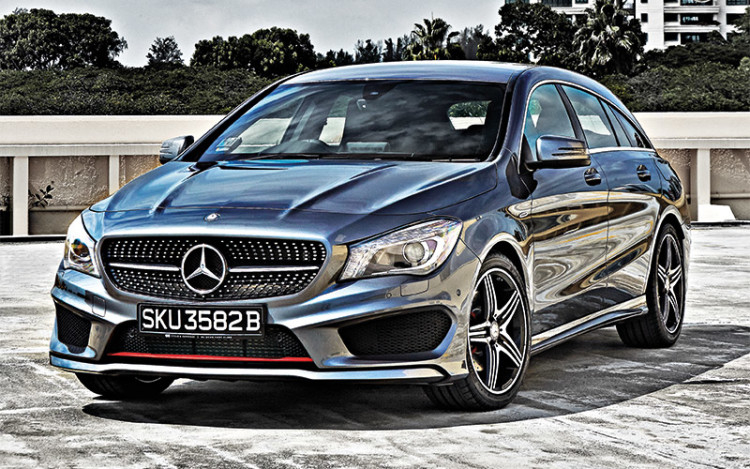 The station wagon is underrated by most car buyers in Singapore, probably because it is seen as an automobile that tradesmen from yesteryear used to drive. There are others who also feel that it resembles a hearse.

Both views, however, are unfair. Firstly, there’s nothing wrong with being a tradesman (unless you’re trading in illegal goods), and secondly, despite the morbidity surrounding them, hearses serve a noble purpose.

Now, if you happen to be one of the few buyers who are considering an estate, then the CLA Shooting Brake is bound to catch your eye. There’s nothing hearse-like about this station wagon. In fact, it’s probably too pretty to even be used as a tradesman’s car.

Cockpit-wise, there are no differences between this station wagon and the saloon. The Sport variant tested here includes sports seats, which, although comfy, lack the lateral support demanded by more “dynamically inclined” drivers.

Given this estate’s swankiness, I had hoped that the car would be specified with digitised climate controls. The test car, however, was equipped with analogue controls and a single (rather than dual) climate zone. 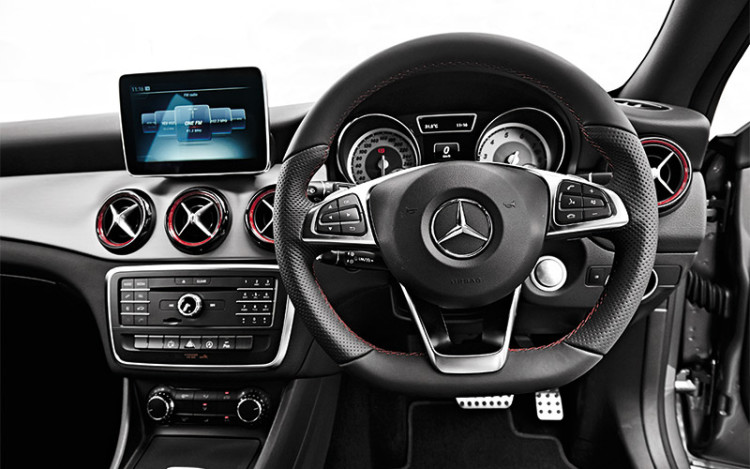 The CLA Shooting Brake claws back points by offering more headroom in the rear compared to the CLA notchback. A buddy of mine, who happens to be 1.9m tall, could sit in the backseat without his head bumping the ceiling. He would have been nursing a lump if he tried fitting himself in the rear of the saloon.

Also impressive is the vehicle’s load-hauling ability. It might not seem voluminous from the outside, but there’s 495 litres of boot space, which expands to 1354 litres when the rear seats are folded. The CLA saloon’s boot, on the other hand, offers “only” 470 litres.

Powering the CLA250 is a turbocharged 2-litre 4-pot that produces 211bhp and 350Nm. Those figures are good for a century dash time of 6.9 seconds, or 0.2 of a second slower than the CLA250 notchback. This is likely due to the added weight of the 4Matic, the all-wheel-drive system of Mercedes.

There’s some palpable turbo lag when moving off, but once that’s overcome, this automobile accelerates smoothly, with the 7-speed dual-clutch gearbox doing its job seamlessly.

As an added bonus, the exhaust will even “bark” during upshifts (with the drivetrain in “S” mode) if you’re harder on the throttle. It’s an unexpected but pleasant bonus, since such vocalisations are usually reserved for the hotter AMG models. 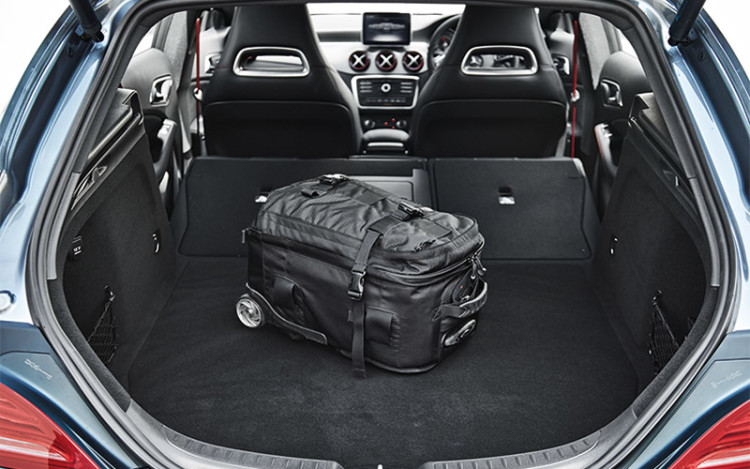 The Shooting Brake’s ride quality is biased towards comfort, but the suspension delivers decent body control when cornering. There’s plenty of grip, and the handling is tidy, too. You can’t really tell the difference between this model and the notchback in this regard.

This compact vehicle is good-looking, practical and reasonably quick. If it can sway premium segment buyers who weren’t keen on an estate in the first place, then this “shooting star” would bring the German carmaker plenty of luck with sales, too.