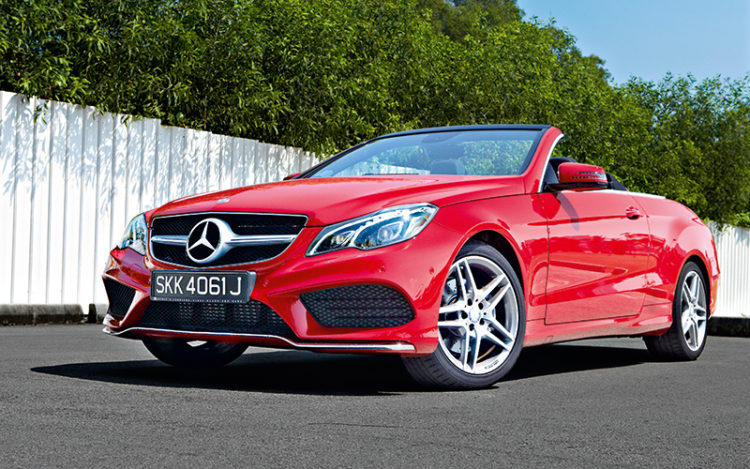 Mercedes-Benz’s latest E250 Coupe is an automotive head-turner in every respect – it has striking lines and curves in all the right places, just like a hot pin-up model. If it attended a party, it would probably be the belle of the ball.

All eyes would be fixed on it, that is, until its sister here, the E250 Cabriolet, arrives. Although both siblings have similar designs, the Cabrio’s ability to go topless gives it a “wow” factor that not only turns heads, but also leaves bystanders riveted. Mind you, accomplishing this is no easy feat, for the pre-facelift E-Class Cabriolet is still an attractive car. 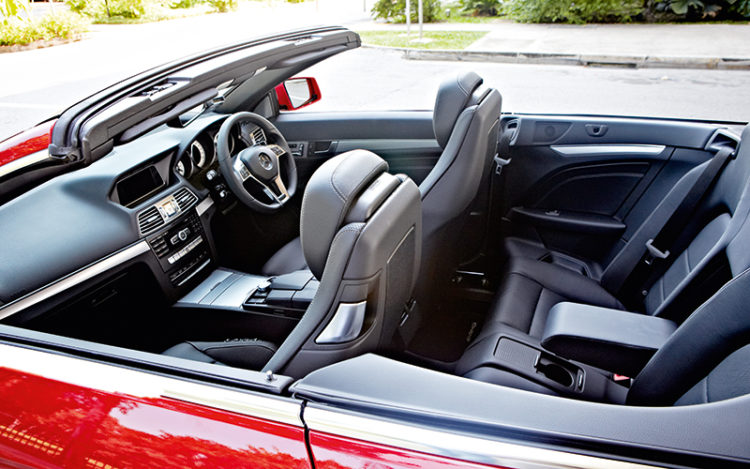 Where it fell short was its interior, though now the E-Class Cabriolet gets one that lives up to Mercedes’ standards. The materials feel nicer, and as seen in the Coupe, the dashboard now has a classy-looking analogue clock that adds an extra touch of luxury to the cabin. Like its tin-roofed stable mate, the gearshift lever here has also been moved to the steering column to free up storage space along the centre console.

Now there’s nothing more liberating than driving a convertible with the roof down, but the resulting draught could easily ruin your (or your lovely lady friend’s) well-coiffed hairdo. Fortunately, the standard Aircap feature, which consists of wind deflectors on top of the windscreen and between the rear seat headrests, help prevent this from happening. The system automatically deploys once the vehicle is driven faster than 40km/h, but retracts whenever the car’s speed falls below 15km/h in order to “ensure that the Cabriolet appears at its purest and most alluring when driven slowly”. 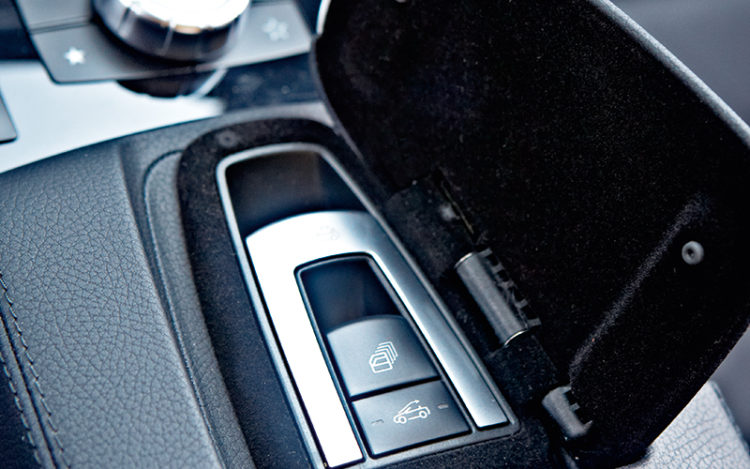 Indeed, cruising is what this convertible does best. Weighing in at 1,765kg (130kg heavier than the E250 Coupe), the E250 Cabrio’ is in its element when driven in an unhurried manner. Don’t bother trying to tackle tight corners either, for the dampers remain pliant even when you set the Adaptive Damping System to “Sport”.

The E250 Cabrio’ rides better than the previous model, glossing over road undulations without any hint of scuttle shake. Despite being equipped with a soft-top, the cabin is so well insulated that if you were to close your eyes, you’d swear you were sitting in the fixed-roof variant. 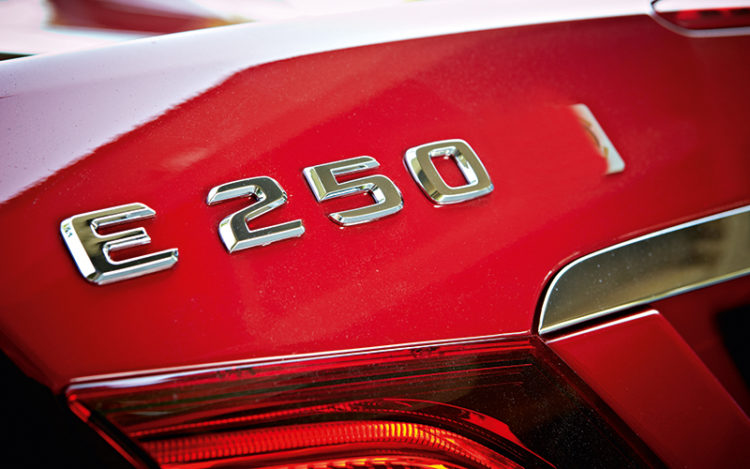 Steering this topless cruiser is a joy as well. With the variable-ratio Direct Steer rack as standard, turn-in feels keen and accuracy remains high, despite the generous electromechanical assistance.

The only other Mercedes rag-top that could put the E250 in the shade is the E350 (only available through special indent), powered by a 3.5-litre V6. The bigger engine, which is even smoother than the creamy 2-litre inline-4 used here in the E250, would definitely give this convertible the punchier mid-range and “longer legs” it needs to tackle equally long drives.