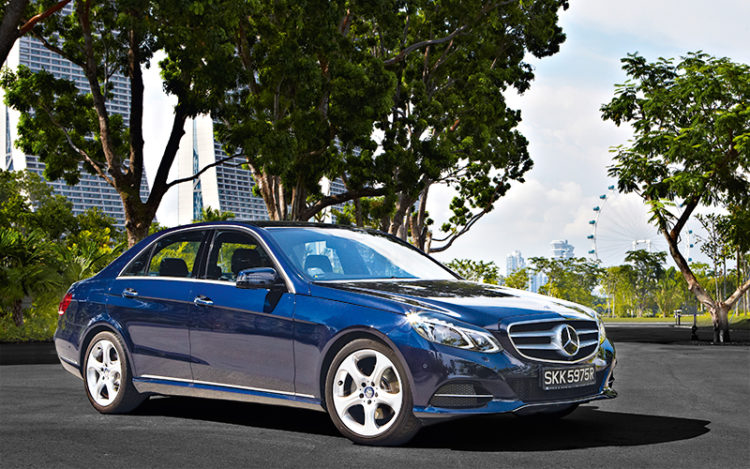 Hybrid cars, which have an electric powertrain in addition to an internal combustion engine, are marketed as one of the coolest ways for motorists to be kinder to the environment. However, most of these vehicles still utilise petrol engines, which are less efficient compared to diesel motors. Mercedes-Benz’s solution to this problem is the E300 BlueTEC Hybrid, which pairs an inline-4 turbo-diesel to an electric motor fed by a lithium-ion battery.

Indeed, Mercedes’ claimed consumption figures for this diesel-electric hybrid (the sole such model in their range) is certainly impressive, given the E-Class’ size. Capable of 23.8km per litre and emitting 110g of CO2 per km, these numbers are very close to what Toyota’s Prius C hybrid hatchback can achieve (25.6km/L, 90g/km). 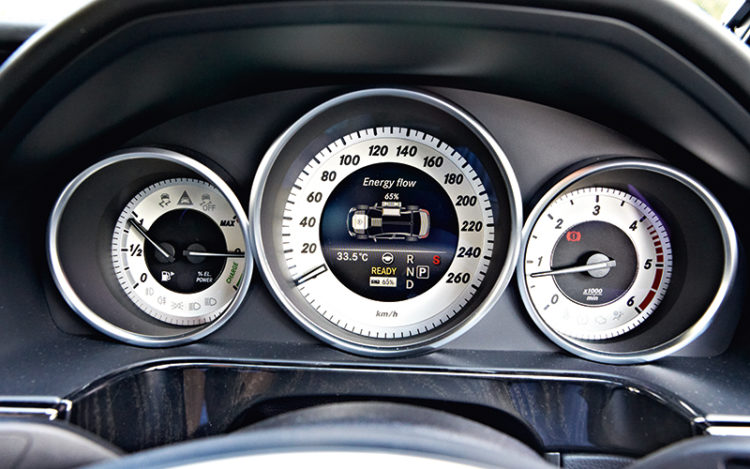 Try as you might, however, you won’t be able to match the E300 Hybrid’s official figures. Over a three-day test drive, I only averaged 14.5km per litre – that’s over 9km per litre less than the manufacturer’s claim. Varying traffic conditions aside, it’s the 500Nm of torque (available from 1600rpm) that really prevents you from maximising the car’s frugal potential. When every flex of your right foot sends the car surging forward with authority, resisting the temptation to overtake at every opportunity is difficult, if not downright impossible.

Putting the powertrain in “S” or Sport mode makes matters worse, for doing this disables both the stop-start and “Sailing” functions – permanently. Sailing mode is particularly useful, for it switches off the diesel powerplant at speeds between 35km/h and 160km/h whenever the driver releases the accelerator, but doesn’t depress the brake pedal. 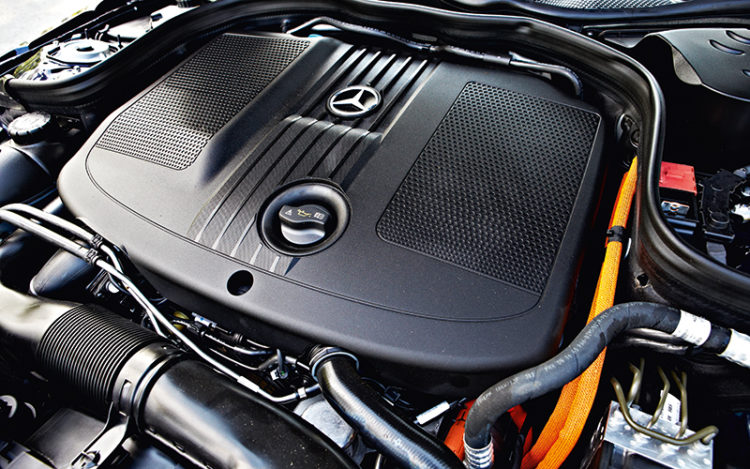 It’s these anchors, though, that will eventually rein in your enthusiasm and keep you on the (green) track. The E300 Hybrid’s brakes are spongy and less responsive compared to non-hybrid Mercedes models, and require firmer prodding in order to be effective. Because of this, you’re more likely to keep to reasonable speeds in order to stop in time.

That said, the E300 Hybrid still displays the traditional tristar traits that are endearing to Merc fans. It’s a luxurious cruiser with a well-appointed interior, and the pliancy of its dampers means few, if any road undulations are transmitted into the cabin. What Mercedes needs to improve, however, is the diesel motor, for its clatter and roar make it sound too similar to the Mercedes cabs plying our roads.

This article was first published in November 2013.

Check out another turbo-diesel hybrid, the Peugeot 508 RXH
What’s the difference between a hybrid, plug-in hybrid and electric car?