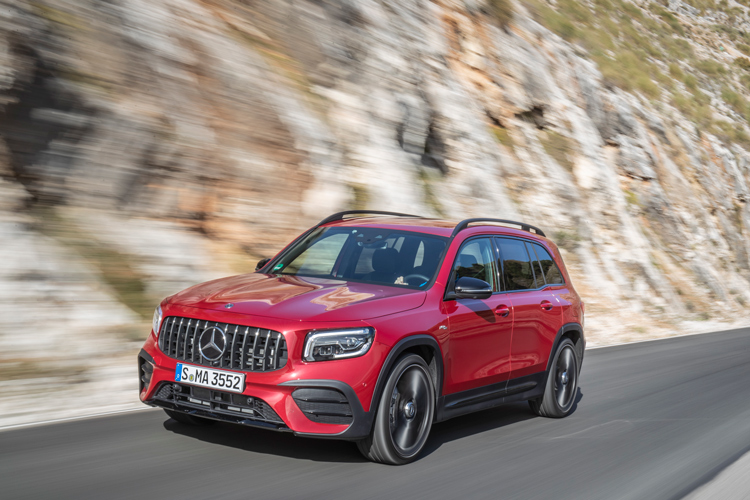 The majority of SUVs produced today have some sort of coupe-like styling cues, be it a sloping roofline or large air intakes. Consumers want the “sport” part of a sports utility vehicle.

So the Mercedes-Benz GLB comes as a surprise, for it is unabashedly boxy.

The carmaker says that the square, Tonka-like design improves overall space and practicality. I say that it also makes the Mercedes-Benz GLB attractive and unique.

It looks like nothing else on the roads today. 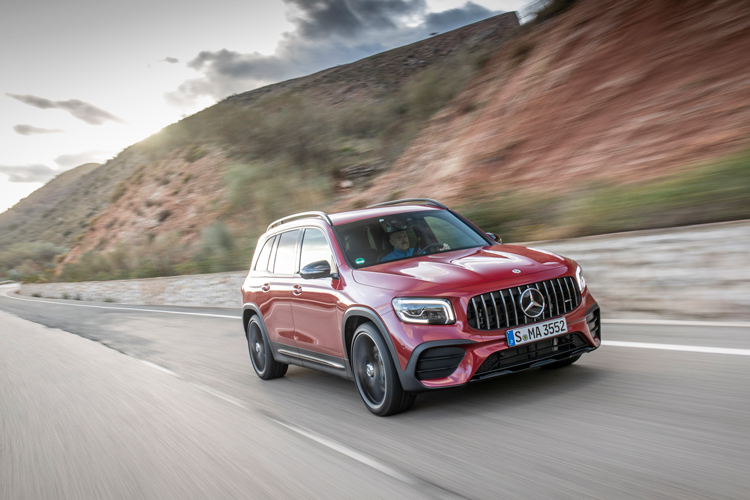 Well, almost nothing else. The Mercedes-Benz GLB bears some resemblance to the G-Class, Mercedes’ even boxier, true-blue off-roader. I like the daytime running lights, which accent the car’s boxy face.

The amount of greenhouse hints at the generous outward visibility.

Sitting between the GLA and GLC models, the GLB is Merc’s most compact seven-seater SUV. Those are ingredients that will arguably make this one of the carmaker’s most popular models.

A well-executed interior will help, too. The hip point is just right, so ingress/egress here is as easy as in the B-Class hatchback. 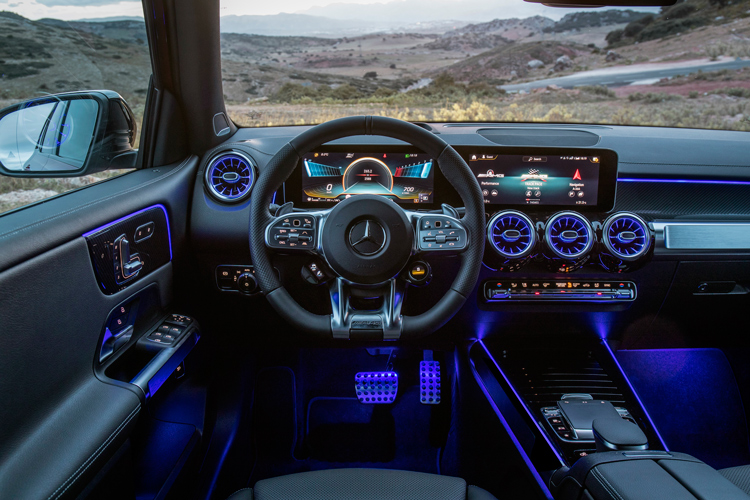 The Mercedes-Benz GLB cabin is as pretty as the ones in the latest Mercedes models. Our test cars were equipped with MBUX (Mercedes-Benz User Experience).

This system consists of a pair of 10.25-inch screens for the instrument panel and infotainment.

It also has a voice control system, which is activated by saying “Mercedes”. I personally did not see the need for it.

Apart from it suddenly activating without my prompting, I am also unnerved by the fact that it is always listening. How else can it be activated at a moment’s notice? 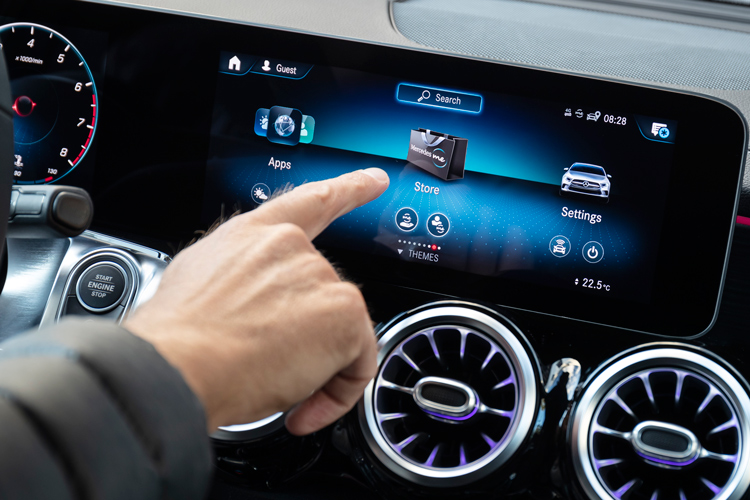 For practicality, there are generous storage points between the front seats and adequate space in the door bins. However, the rear door bins are rather small.

More useful, on the other hand, are the USB-C ports scattered throughout the cabin, allowing occupants to quickly charge the smartphones on the go. There’s also a wireless charging tray for added convenience.

Although fairly compact, the Mercedes-Benz GLB can accommodate that extra pair of seats thanks to its 2829mm wheelbase, which is 100mm longer than the B-Class’. 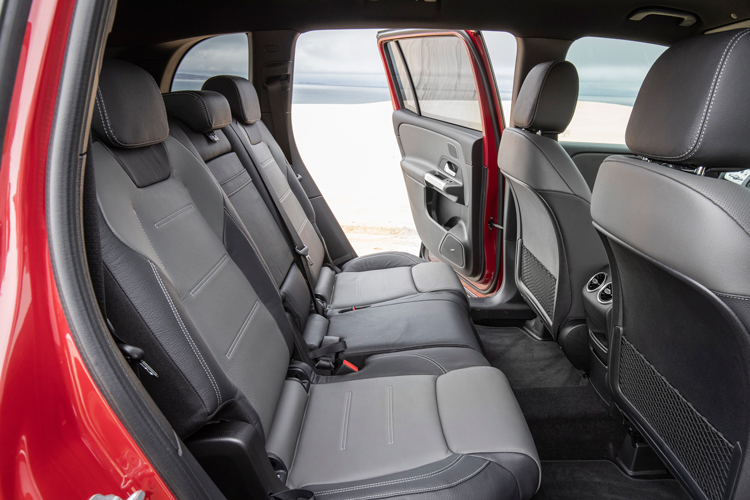 Mercedes claims that the third-row can fit occupants up to 1.68m tall. It’ll be a tight squeeze for adults, but kids below 1.5m tall will be fine.

In Singapore, the Mercedes-Benz GLB200 will form the bulk of sales. That variant is powered by a turbocharged 1.33-litre four-cylinder with 163hp and 250Nm. Very road tax-friendly. 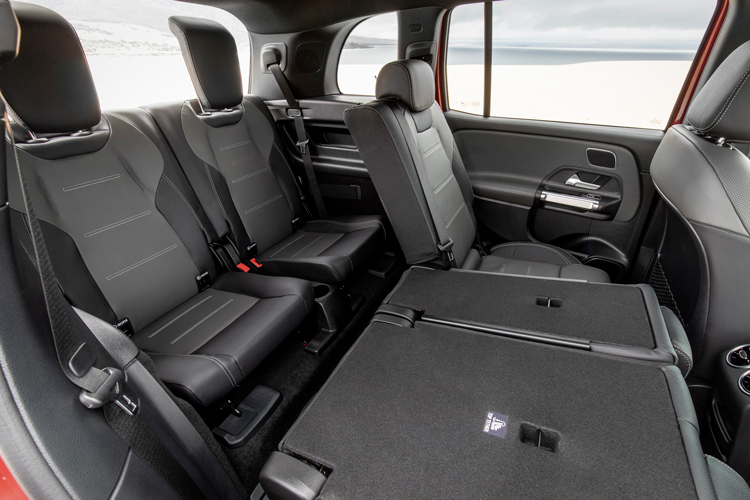 That said, the GLB200 will suit local conditions, where there is a shortage of winding roads but no lack of congestion. 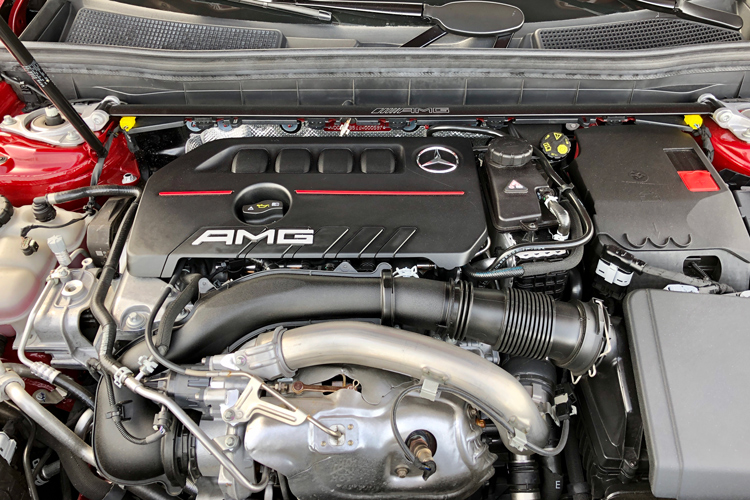 The GLB35 AMG 4Matic is a far more exciting and enticing proposition. Its turbocharged 2-litre is good for 306hp and 400Nm.

It is also paired to an 8-speed dual-clutch gearbox, the first such application in a compact Mercedes. Even the A35 AMG only has the 7-speed version.

Acceleration is brisk, with the century sprint arriving in 5.2 seconds. Of course, the GLB35’s sportier suspension, lower ride height and greater torsional rigidity also contribute to the driving dynamics. 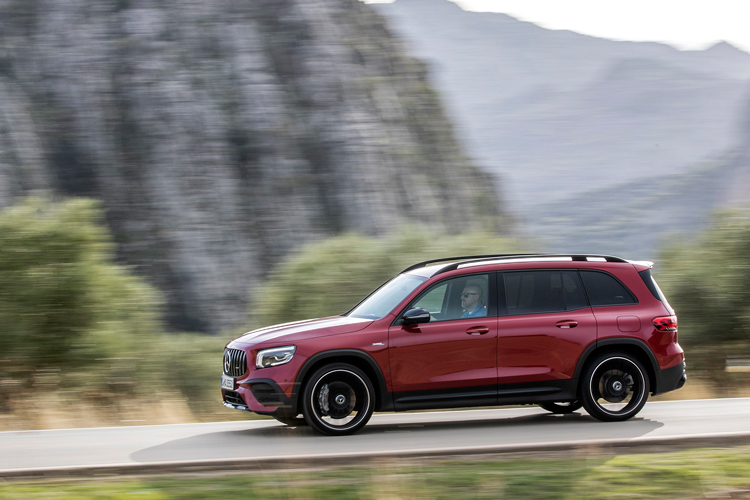 Where the Mercedes-Benz GLB200 rolls and sways from left to right when pushed in corners, the AMG model hunkers down and presses on.

The 4Matic system, which has fully variable torque distribution between the front and rear axles, enhances surefootedness.

Yet despite this and the 21-inch wheels, the firm ride is never uncomfortable, even with the dampers in the stiffest setting.

But whether you prefer the plain-vanilla model or hotter AMG one, one thing is clear. The GLB is the queen of the B-Class range, and it will have buyers swarming it when it arrives. 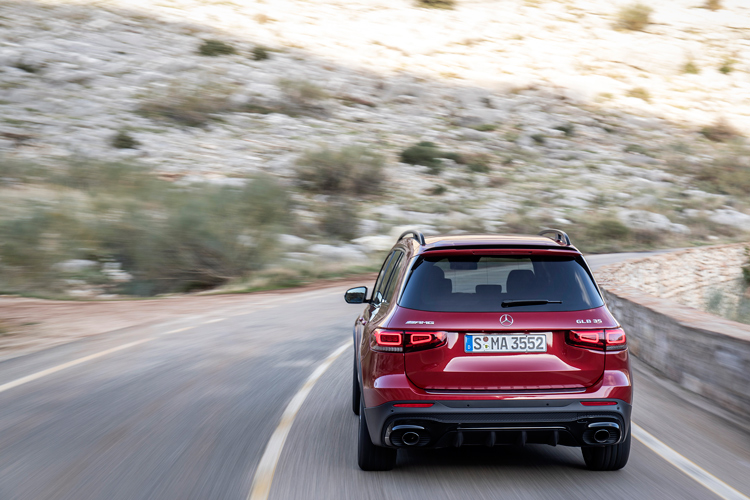 Mercedes-Benz GLB: 5 things you should know about this SUV