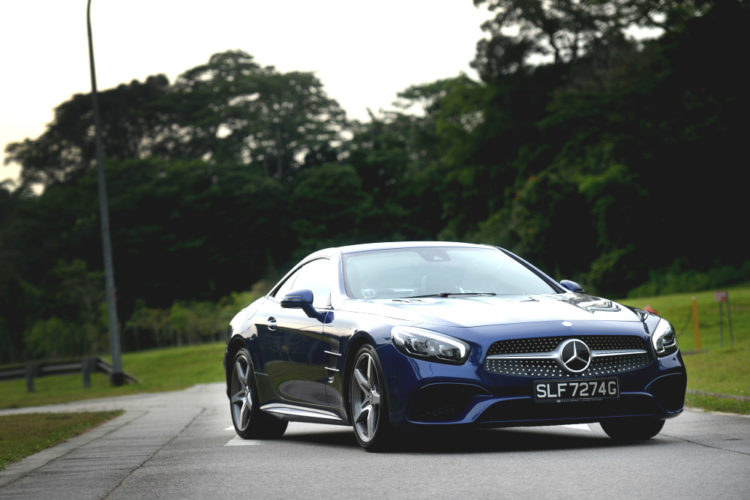 Five years ago, I test-drove Mercedes-Benz’ latest SL in the coastal Spanish resort town of Marbella and found the car to be agile, comfortable and endowed with wonderfully direct and quick steering, as well as a stirring soundtrack.

The SL400 I drove here last week seemed like a completely different car. Granted, the car in Marbella was a 4.6-litre V8-powered SL500, while the tester here was a 3-litre V6 SL400.

The expected power deficit and aural differences aside, the SL400 betrayed significant scuttle shake, constant cabin rattle and a couple of glitches.

Namely, the brake pedal’s Hold function did not always work, or required several stabs to work. And once, the driver’s seat moved towards the steering wheel and its backrest flipped forward when I exited.

These two glitches can probably be resolved. But the way the car rattles and shakes is likely to be something an SL driver has to live with.

It reveals the SL400’s rigidity (or lack of) and/or the state of Singapore’s roads compared with the tarmac in southern Spain. It also mars one’s enjoyment of a car that has long oozed style, presence and old-school charm.

Despite its unflattering traits, the SL400 still possesses some of those qualities. Or perhaps it’s me stubbornly clinging to history.

The SL harks back to the time the 300SL appeared – first as a racing series in 1952 and then as an impossibly beautiful road car two years later.

Then, in 1959, Mercedes outdid itself by unveiling a stunning roadster version. 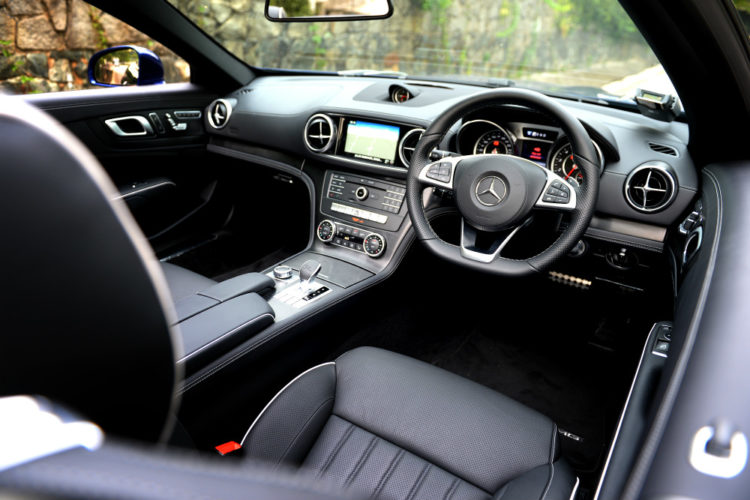 These were my dream cars and I had the opportunity to drive them while in Spain. Bucket list items checked. So, I have a soft spot for the SL, even one that is far less than perfect.

The SL family was given a facelift last year. Its front end has been revised, with its “diamond” radiator grille extending downwards. Head on, it now looks even more like the SL of old.

Its expansive bonnet gets two powerdomes, which, together with sporty vents (bigger now), make the SL more aggressive-looking.

Beneath the enhanced surface, the car gets a 9-speed autobox (previously, a 7-speeder) with five transmission modes.

The car gets more power too. The SL400 has 367bhp and 500Nm – 12 and 4 percent more respectively. It is also supposed to sound sportier, but that is not obvious, not even with the roof down.

Still, driving with the roof down masks the creaking noises the cabin makes.

Like most convertibles, the SL is, thus, best driven topless. The only thing is, it is usually too hot or too wet to do that here.

Thankfully, like in most Mercs, the SL’s air-conditioning is powerful. And its roof is fairly quick and can be operated at speeds of up to 40km/h.