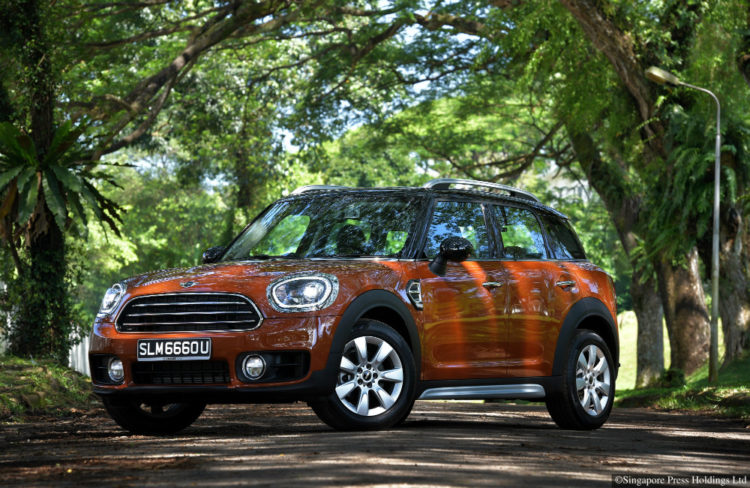 The new Countryman is the biggest MINI ever made. It is also the most un-MINI MINI. That’s not bad or good. It just is.

The previous Countryman was already an overgrown MINI. But the latest car is 199mm longer, 33mm wider and 13mm taller, thus dwarfing its predecessor from all angles.

If Alec Issigonis, designer of the original Mini, were alive today, there is a high chance he would not recognise the new Countryman as a MINI if it stopped right in front of him.

Not only because of its sheer size, but also because the car does not look like a latter-day MINI, never mind the original.

Its flanks have been pushed out to give it a beefier look that befits its crossover status. Its front section is more upright, with headlights that are no longer oval but squarish. Its wheels are huge.

If not for its familiar grille and two-tone paintwork, the car might pass off as something from Kia or SsangYong. Again, that’s not bad or good.

But from a utility point of view, the Countryman is definitely good. Its wheelbase is extended by 75mm, making it a decent 2670mm. With its new width and height, the MINI’s cabin is not mini at all.

The second row will accommodate three occupants with ease. There is plenty of leg and headroom, while hip room is adequate.

Even more impressive is the boot, which looks big enough to almost swallow the original Mini whole.

A motorised tailgate may be commonplace among other premium cars, but in a MINI, it is a luxury. Especially one that is this big. 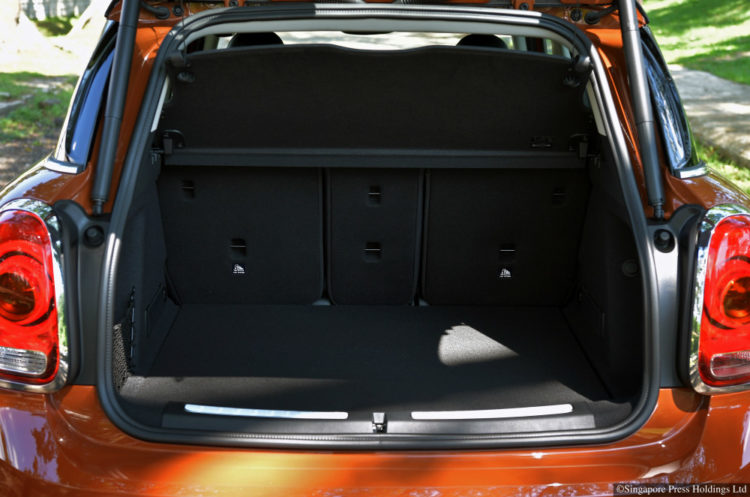 Even as the new Countryman has grown in stature, its engine has shrunk. Instead of a 1.6-litre 4-cylinder found in its predecessor, the new power plant is a 1.5-litre 3-cylinder unit. If that sounds like a recipe for lethargic performance, it isn’t. Not really, anyway.

The Cooper version completes the century sprint in 9.6 seconds, which is fairly acceptable even if it is far from blistering. Its diminutive engine makes 136bhp and 220Nm, which would have been impressive if the car were a conventional MINI.

But with a kerb weight of 1440kg, the Cooper Countryman has 94bhp per tonne – modest by today’s standards. Just as well that all-wheel-drive variants are no longer offered here.

Yet, the new car does not feel unresponsive at the wheel. For day-to-day driving, it actually meets most needs rather well. What it does not quite meet is your expectation of how a MINI should feel like.

The Countryman drives like a compact crossover. It is tidy enough around corners, but if you expect kart-like handling, forget it. Its ride quality is more than decent, though. And its steering is still pretty sharp, for a crossover.

Elsewhere, the car shines. Its interior is clearly better furnished and finished than any other MINI. Knobs and switches look and feel better than before.

Like its headlights, the air-con vents are no longer oval but rectangular in shape. They kind of stick out from the cockpit’s circular theme, but they distribute air more efficiently.

There is now an electronic parking brake system. And the shift lever is now similar to BMW’s joystick-style control. In short, everything in the cabin is more premium than before.

So, if you have never considered a MINI because you need more room, more features and more utility, the new Countryman might change your mind.