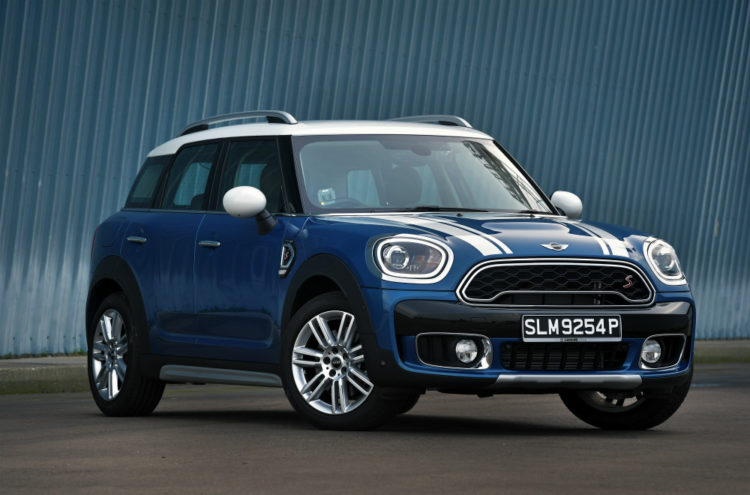 People who have undergone heart surgery often report feeling more energetic after they have fully recovered. Vigour and zest return once the old ticker is unclogged, repaired or even replaced.

When compared with the MINI Cooper Countryman, the Cooper S Countryman is like a man with a new heart.

The 2-litre Cooper S variant of MINI’s crossover feels a lot livelier than its 1.5-litre twin, as it should. It has 192bhp and 280Nm to its name, compared with 136bhp and 220Nm available to the Cooper Countryman.

The higher output allows the Cooper S to clock a fairly decent 7.4-second century sprint and a top speed of 225km/h. Its lesser sibling does a leisurely 9.6-second dash, with its velocity capped at 200km/h.

At the wheel, you notice the Cooper S Countryman’s clear superiority immediately. Whether you are leaving the lights, merging with traffic or overtaking, the better-endowed MINI feels a whole lot perkier.

Its generous spread of torque, available from low revs, makes for breezy driving.

The car has the same dimensions, ground clearance and suspension as the Cooper.

Despite that, it corners with more conviction because of an electronic differential lock control. Also, its generous helping of torque makes exiting a bend less laborious. Bigger wheels with wider tyres that have a lower profile help in this respect too.

While the new Countryman still cannot be said to drive like a go-kart – something most of the other MINI models are capable of – the Cooper S’ stouter heart makes it appreciably more fun at the wheel.

Its entertainment value is heightened by its hearty soundtrack. The car’s engine and exhaust notes are sportier than the Cooper Countryman’s. For those reasons, the Cooper S Countryman is like an altogether different car. 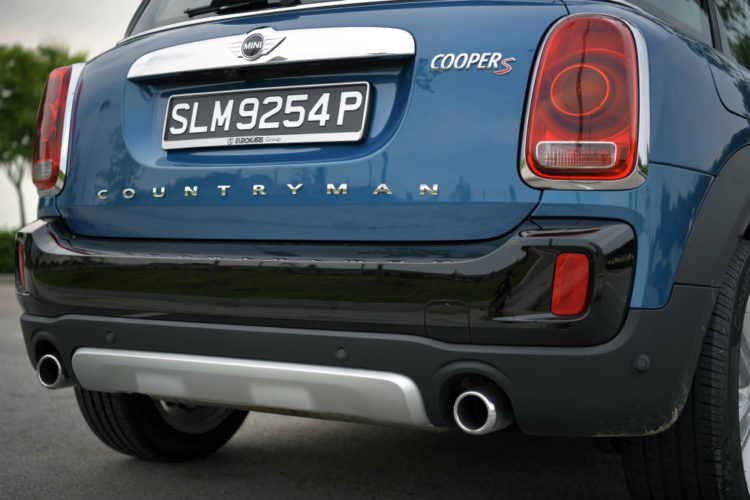 Visually though, the differentiation is not as obvious.

Besides bigger wheels, the Cooper S Countryman gets dual tailpipes instead of the Cooper Countryman’s single exhaust.

The new variant has bonnet stripes, a red “S” emblem on its front fenders and an additional extrusion on its rear bumper finished in high gloss (which looks particularly susceptible to carpark scrapes).

Inside, it has a couple more features, such as an 8.8-inch infotainment screen with navigation and parking assistance.

Both cars come with integrated roof rails, which support 70kg of weight, as well as a motorised tailgate.

Which variant to buy?

Well, if you are a petrolhead, the Cooper S would be an obvious choice.

Its $21,000 price premium notwithstanding, it will give someone who enjoys driving a lot more pleasure for many years.

But if you do not mind a more sedate car with an equal amount of practicality and space, the Cooper will do just fine.