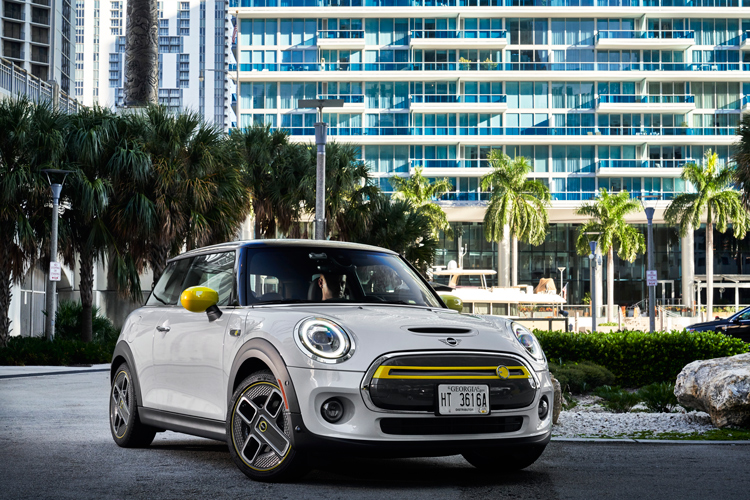 Like a Cuban sandwich, many ingredients must come together harmoniously to make a good MINI.

It must be agile, have usable space and an eager personality.

After driving a MINI Cooper SE (E for electric) over 110km in Miami, I can confidently say that it is, indeed, a proper MINI. 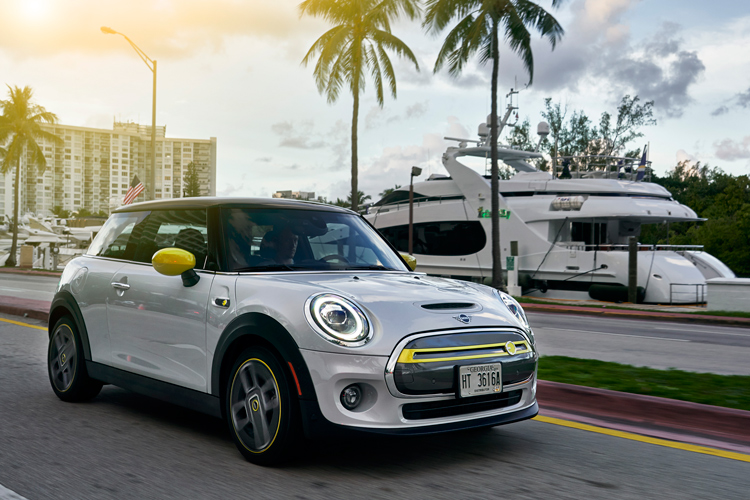 This isn’t the first time the company has toyed with electrification. It started nearly 10 years ago with the MINI E, which was produced for test-bedding. It was not for sale.

Today, the MINI Electric is a well-engineered package, if a bit short on range.

Carried over from the prototype, they are unique to the Cooper SE and have three hollow spokes with a fourth solid one. The delightfully space-age wheels look as good in the metal as they do in photos. 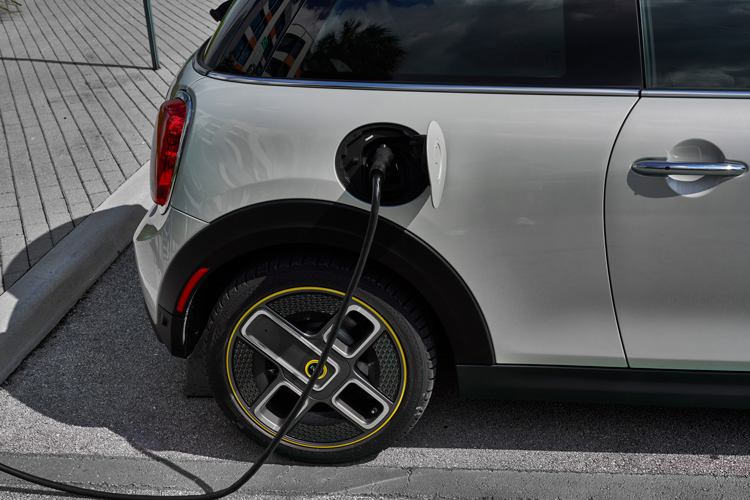 The wing mirrors and part of the front grille of the grey Cooper SE are painted in yellow, but buyers can choose not to have the yellow splashes.

Inside, the driving position is spot-on.

But unlike its conventional siblings, the MINI Electric’s instrument cluster is a digital display. It shows your speed, how much power you are using at that time and the remaining charge left. 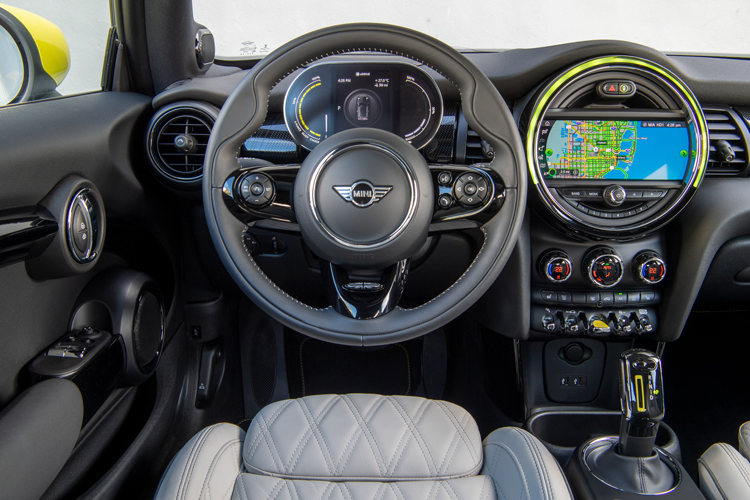 No analogue dials here – the MINI Electric’s instrument panel and infotainment are both digital.

The MINI Electric shares the same tailpipe-free drivetrain as parent company BMW’s i3.

In the Cooper SE variant, engineers have made a T-shape out of the 32.6kWh battery pack, which is mounted in the floor and protected by underbody armouring.

The MINI Electric is lifted by 18mm to accommodate the battery pack, but this does not dent its handling as the extra 145kg (over the standard Cooper S) pins the electric version to the road.

At 211 litres, boot space is unchanged from the Cooper S’. Rear seats are foldable to release more cargo capacity. 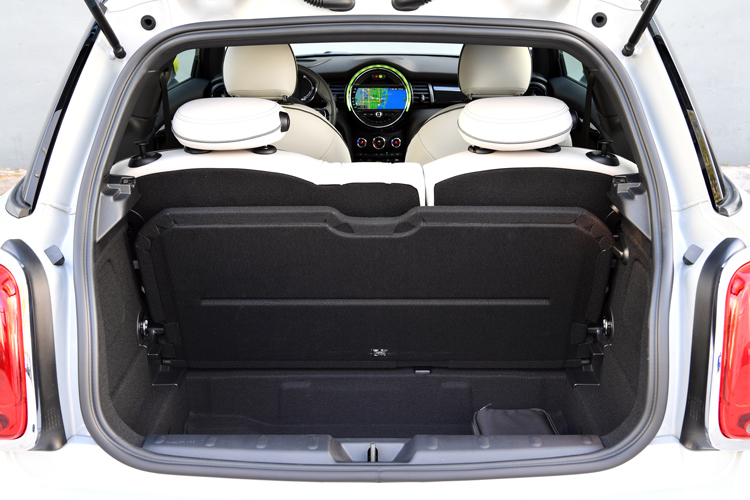 The car’s 184hp, 270Nm motor is tuned to deliver plenty of poke for city driving, if not quite enough grunt for faster-flowing highways. It maxes out at a relatively modest 150km/h.

As for the driving experience, it is hard to test the car fully in the terrible Miami traffic, but it is still clear that the Cooper SE handles as enthusiastically as a MINI should.

Acceleration is brisk, with the zero to 100km/h dash completed in 7.3 seconds. Deceleration from regenerative braking can be adjusted either high or low. 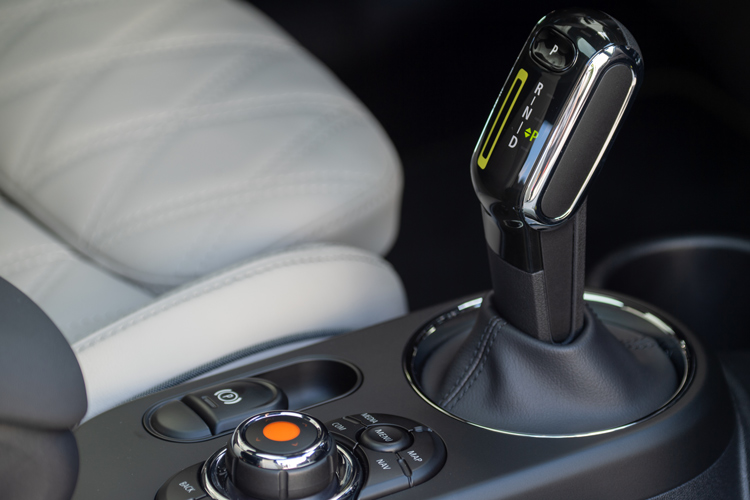 With instant torque, the MINI Electric exploits gaps in traffic with the eagerness of a puppy dog running after a bone, helped by its low centre of gravity.

That sparkle means when the car reaches Singapore in the third quarter of this year, it will be one of the more entertaining EVs to drive.

But with its limited range, the MINI Electric cannot travel far beyond Johor Bahru. From Miami’s Institute of Contemporary Art to Fort Lauderdale in stop-start traffic – about 58km – the car’s charge dropped by about a quarter. 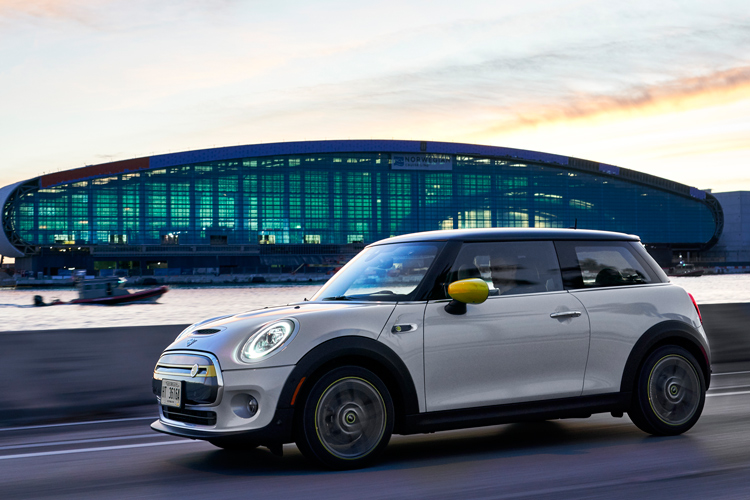 After clocking 53km on the drive back to the institute on the highway, the car had about 45 percent charge left. That means it would realistically cover around 200km in stop-start traffic.

That range is about 60 percent of what a number of EVs currently on sale in Singapore can do.

But to its credit, the MINI Electric is relatively inexpensive. The Cooper SE variant’s price is an estimated $163,000 with COE. That is a touch costlier than the standard Cooper S. But not too outlandishly expensive for those looking for something unique.

Most importantly, the MINI Electric is fun to drive and still very recognisably, a MINI.