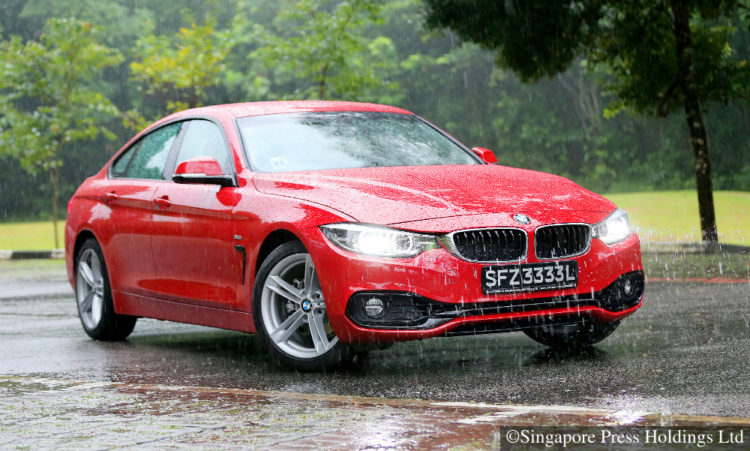 If there was ever a complaint about the BMW 4-Series, it would have been about its muted sportiness.

Not that anyone behind the wheel of one would mistake it for a 2-Series Gran Tourer. But being a car that was originally the 3-Series Coupe, driver expectations are obviously higher.

Because almost every car has grown in size, delivering dynamism has gotten to be an increasingly tall order. Especially if the marketing department insists on sticking two more doors to a sporty model and calling it a Gran Coupe.

The engineers at BMW never cease to amaze, though. Whatever they did to the mid-life revision of the 4-Series has lifted the car like a master chef would elevate a dish with just a few grains of salt.

Beyond minor cosmetic tweaks, BMW says the only change under the skin has been to the car’s suspension. The set-up is stiffer, better to deal with cornering forces while improving all-round roadholding.

I suspect they have done something to the steering as well. It feels quicker and lighter.

The result is nothing short of remarkable, even in an entry-level engine variant such as the 420i Gran Coupe. The car is amazingly agile for something with a wheelbase that is longer than a Toyota Camry’s, even if there are rare moments when you feel the rear axle is lagging behind the front. 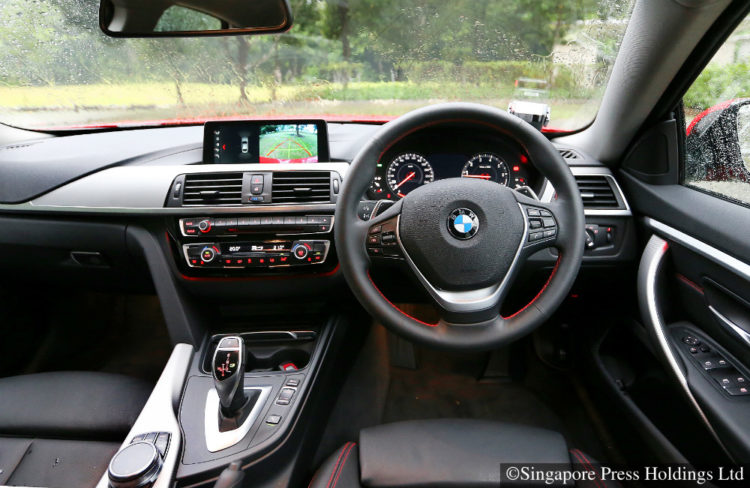 The chassis feels sturdier around bends, but continues to offer excellent ride quality. As with most of its siblings, the car offers a beautiful blend of directness and sharpness at the helm. Yet, it comes across as very forgiving, shielding like an invisible bubble wrap against lapses in driver inputs or tarmac quality.

The engine reinforces this feeling of effortlessness. Despite its modest displacement, the turbo fourcylinder unit – one of BMW’s latest modular B-series engines – pumps a decent 184bhp and 270Nm of torque. Most tasks are accomplished below 4000rpm, with cruising duties in eighth gear seen to at just a tick above 1500rpm.

Road noise is kept well at bay, but a bigger-than-expected whiff of wind and traffic noise gets through the windows. Or it could be the lack of road noise that makes other noises more apparent. In life, everything is relative.

On the road with this car, you are constantly aware of this relativity, especially if you had just driven a far more powerful Italian sports sedan. The 420i Gran Coupe is of course no match against something like the Maserati Quattroporte, but it is no less enjoyable to drive.

The facelift comes with a number of standard issue features, such as full LED headlights, digital instrumentation, the latest ConnectedDrive functions seen in the 5-Series (with Concierge service) and cool 3D navigation.

And for a sporty model, the 420i Gran Coupe is surprisingly practical. A motorised fastback tailgate opens up wide to a luggage section with collapsible rear seats. With seats down, the car will swallow a full-size bicycle – something a regular sedan cannot do.

The only thing harder to believe than this is the car’s declared fuel consumption of 17.2km per litre. In real life, it clocks closer to 7.7km per litre. But with such a sweet drive, that is somewhat forgiveable.

Refreshed Skoda Kodiaq revealed in first design sketches
This site uses cookies to help us serve you better. By continuing to explore our site, you accept our use of cookies.I Accept