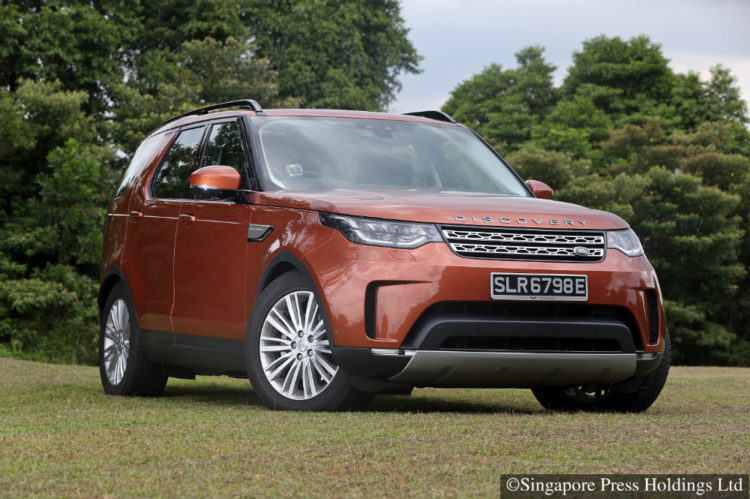 Why would anyone want a towering amphibious beast of a car like the new Land Rover Discovery – now with room for seven adults – when the opportunity to go big game hunting with the clan is practically zero?

Well, the same reason why someone who has the means would own a 16-room mansion, I suppose. You don’t really need it, but it warms the cockles of your heart to know you could turn it into a hurricane shelter should the need arise.

In the case of the Land Rover Discovery, you will be able to wade through 900mm of water, climb gradients of almost 30 degrees and tilt at a side angle of around 45 degrees.

All these were proven at last week’s Discovery launch, complete with a fabricated obstacle course. You would want to be in such a car in a calamity. As before, it comes with air suspension with adjustable clearance and terrain select.

The Discovery has always been good at marrying offroad capability with onroad driveability and the latest generation model is no different.

Compared with its predecessor, the new car is bigger all round. It measures almost 5m tip to tip, just over 2.2m wide and stands nearly 1.9m tall. Next to it, a car like the Lexus RX looks compact.

The additional real estate goes to a third row of seats. The Discovery is now a full seven-seater. Previously, it occasionally had two additional emergency seats for small children.

It has also shed 480kg and is now around 2.2 tonnes – light for a Disco. If not for the use of a new platform, monocoque construction and aluminium, a Disco its size would have easily exceeded 3 tonnes.

Despite the weight saving, the behemoth is not what you would describe as fleet-footed. Although powered by a familiar 3-litre turbo-diesel V6, which puts out a creditable 600Nm of torque from 1750rpm, it lacks the sprightliness of a more compact vehicle.

To its credit, the engine is super refined, with barely any diesel din and buzz intruding into the cabin. But it is not nearly as crisp as a well-sorted petrol (such as the unit in the Volvo XC60). 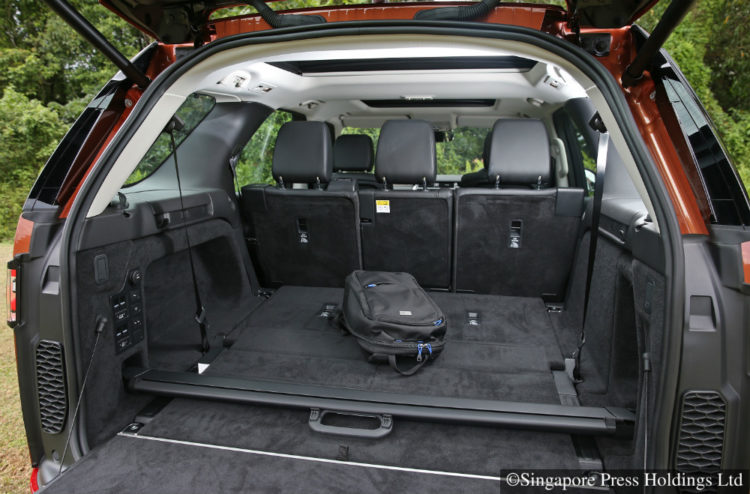 Turbo lag is noticeable and, with it, the impression of heft. But when the turbo kicks in, the car does take flight with considerable haste.

It still handles at times like a Disco. Leaning, heaving and pitching when provoked, but otherwise, proffering a straight-line commute with noticeably less “hippo on springs” motion than previously.

Given enough notice and tarmac, it will negotiate sweeping corners with reasonable poise. Its roadholding still amazes.

The other proposition of the new car lies in its high equipment level. The second- and third-row seats have motorised folding and unfolding functions, which can be activated via buttons in the boot area, rear door sill and the infotainment touchscreen up front. Pushing the second row forward to gain access to the third row is still done manually and requires considerable effort.

Occupants in the third row have as much space as a mid-size MPV. A second sunroof makes the area brighter and airier.

Its motorised tailgate is activated with a kicking motion, but at both ends, rather than right underneath the bumper. The car comes with a wristband activity key. This unique feature allows you to enjoy outdoor activities without having to carry the car key.

Lastly, the car surprises with a fuel economy of 11.5 litres/100km. Although not as rosy as the stated 7.5, it is fairly decent for such a big bruiser, even if the fuel is diesel.

Should you buy it then?

Often, that hinges on whether you like the way it looks. The Landie has lost its angular silhouette – it was not pretty, but it was iconic.

Now, its side profile looks a little like the Toyota Fortuner’s. The biggest improvement is, arguably, its rear, which is not hearse-like anymore.

Overall, it is a more modern design. Is it better though? You decide.