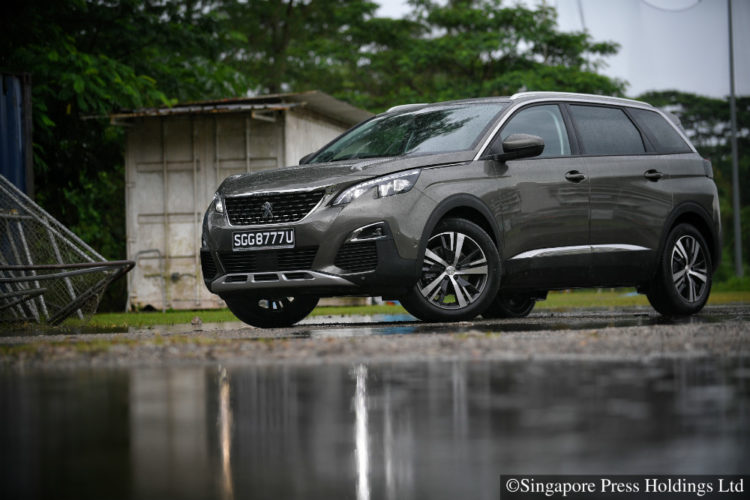 The Peugeot 5008 was previously billed as a multi-purpose vehicle (MPV). In its latest version, the car has morphed into a seven-seat sports utility vehicle (SUV).

This is understandable, since SUVs are the rage now, while MPVs are so dated.

Sharing the same platform as its 3008 crossover sibling, the new 5008 sits 191mm above the tarmac – 37mm higher than its predecessor.

It is also styled more ruggedly, coming across a wee bit like the Range Rover Velar.

It is a sizeable vehicle, measuring 4641mm by 1844mm, with a wheelbase of 2840mm. Despite that, its third-row seats are best suited for short trips.

Getting in and out of the last row is not as easy as doing so in a bona fide MPV. Legroom is tight and the seatbelt’s shoulder anchor is set rather high. Because of this, a child seated back there is likely to have the strap going across his face.

Hence, in practice, the 5008 is at best a five-plus-two-seater, rather than a full-fledged seven-seater.

But it has other attributes that make it a desirable car. The second and third-row seats can be folded flat (the third-row ones can be removed entirely, too). Even the front passenger seat can be flipped down.

That gives the 5008 a high versatility score. With six seats down, one can carry a windsurf board on board. 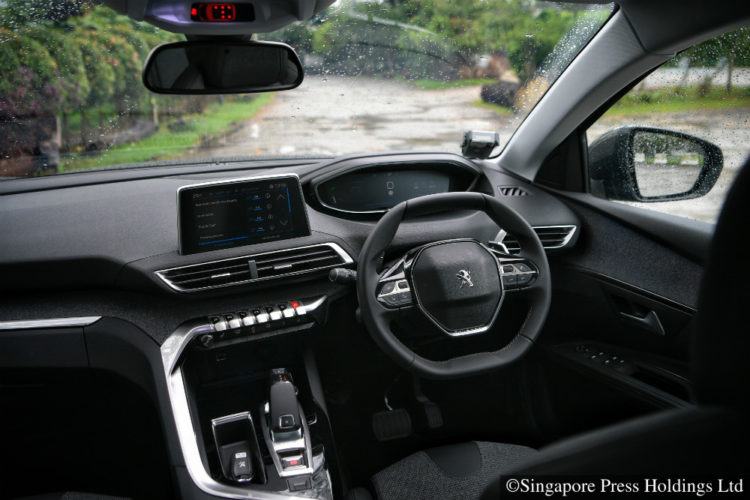 If all seats are occupied, the boot section is tiny. But there is underfloor storage to mitigate this.

With the third row folded – the preferable way to use this car – the 5008 has 780 litres of stowage. That is more cargo-carrying space than the biggest station wagon here.

A modest Japanese seven-seater such as the Toyota Wish will almost match the 5008 in the versatility department and would cost far less than the 5008, which is priced at $159,000.

But the French car offers a lot more in terms of style and substance. For one, it is more modern and more robustly built.

It is far better equipped, with plenty of high-quality trim and premium features. These include LED lighting, a digital instrument cluster, a colour touchscreen with Bluetooth connection and phone mirroring, Apple Carplay and Android Auto, wireless phone charging, panoramic sunroof, three 12-volt sockets and a slew of the latest driving assistance programs, including an invisible “bubble” which prevents bumps when parking.

Next to it, a car such as the Wish appears ancient.

The 5008 is powered by either a 1.2-litre three-cylinder or a 1.6-litre four-cylinder, both turbocharged. The 1.6-litre tested here has the same engine as the brilliant 3008.

Because it is a longer and slightly heavier car, it is not as crisp as its sibling, with its efficiency-biased 6-speed autobox cementing that impression.

Body movements are also more apparent. On the flipside, the car is as economical as the 3008. And the degradation in driveability is relatively minor and does not make the car a chore on the road. However, it is not as fun as the 3008.

But like the 3008, it is not a car you would take off-road. Its higher ground clearance will, however, come in handy when there is a heavy downpour here.