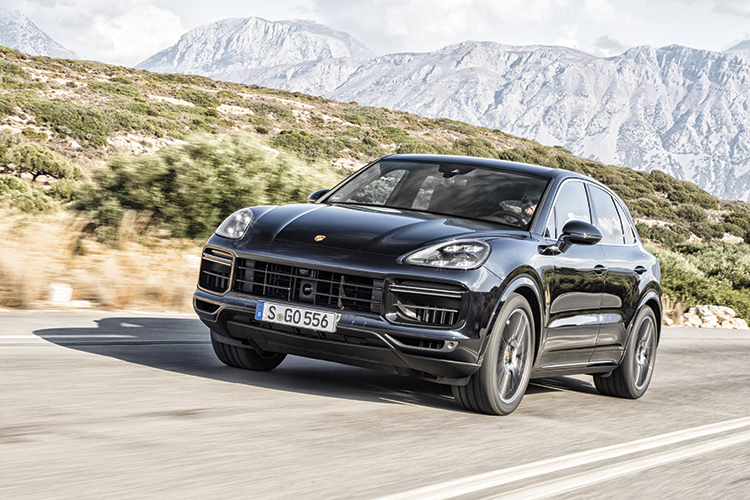 The Porsche Cayenne has blossomed into a swan, with a design that makes it look like an upsized Macan.

The Porsche Cayenne was an unmitigated ugly duckling when it was hatched 16 years ago. Bulbous and lumpy, it was shocking that Porsche could have made such an un-Porsche car.

But lo and behold, the public loved it, and before you could spell Zuffenhausen, the Cayenne had become a runaway hit – to the envy of all other sports car makers.

The second-generation Cayenne was far more elegant, shedding the baby fat found on the original. Sales continued in the fast lane. Now, the third Cayenne is here. And it is set to be another chart topper.

First of all, it has blossomed into a swan, with a design that makes it look like an upsized Porsche Macan, with cues from none other than the iconic 911. 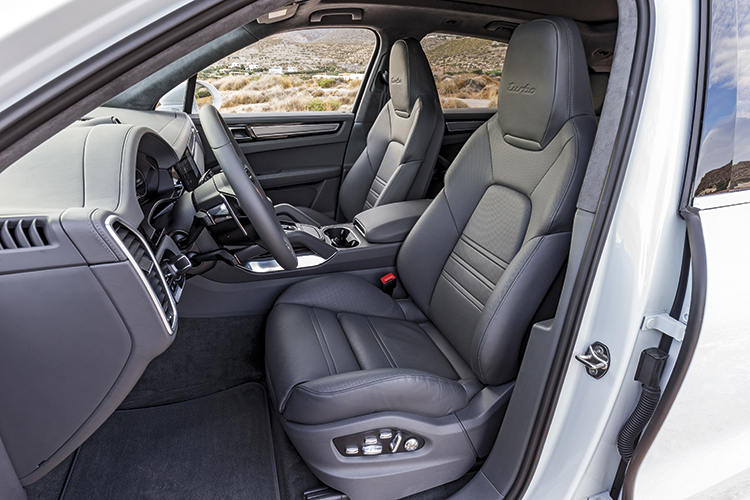 Fore of the A-pillars is a silhouette which hints of the Porsche flagship’s, with new sleeker headlights and a grille that is big and aggressive, yet somehow streamlined.

The car is not as tall as before, but longer and slightly broader. It is as if the previous Cayenne had been compressed by a giant unseen hand from above. The result is a sporty SUV, indeed.

Follow its flanks to the back and you will see a rakish C-pillar, a rear spoiler punctuating the sloping rear windscreen, and slim tail-lights joined by an LED strip to give the rear a Panamera look at night.

The car is more hunkered down, and looks decidedly more dynamic than ever before. And for the first time, it wears differentiated tyres, just like a sports car. The rear rubbers are broader, ensuring the car’s rear-biased all-wheel drivetrain gets as much of its power onto the tarmac as possible. The front tyres are thinner and lower-profile, for steering nimbleness. 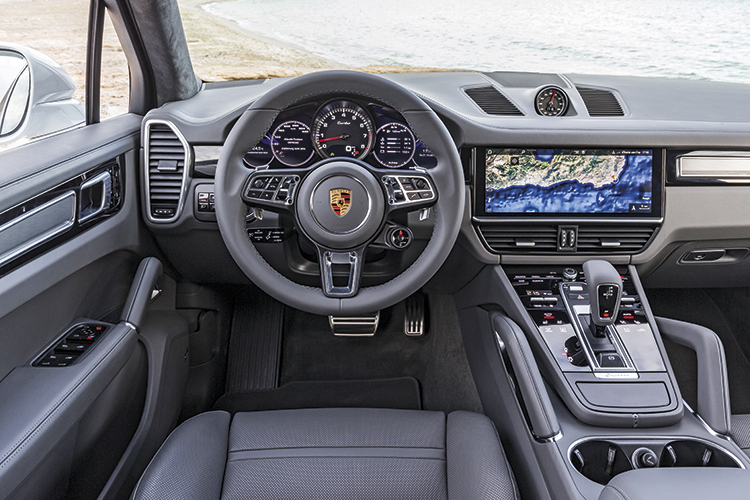 New Porsche Cayenne cockpit is modern and sparkly, with an all-digital layout and a 12.3-inch infotainment centrepiece.

The Cayenne’s on-road performance lives up to what you would expect of its new stance.

All three are paired with an 8-speed Tiptronic transmission, which is noticeably smoother and quicker than previous Tiptronics. And it feels sportier than a twin-clutch gearbox.

On that front, it offers the best of both worlds, equalling a torque converter’s performance and a dual-clutch unit’s refinement and seamlessness. 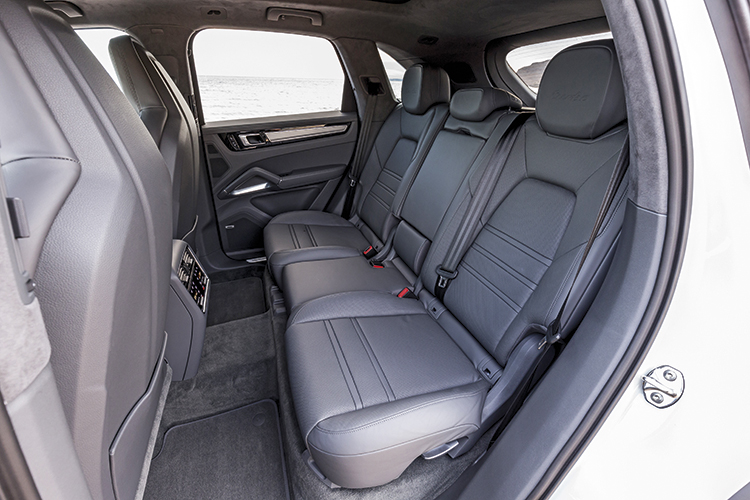 Porsche Cayenne has a roomy cabin, numerous gadgets and a spacious 770-litre boot.

Porsche adds that a dual-clutch tranmission would not be able to handle the Cayenne’s high towing weight of 3.5 tonnes.

In the test vehicles, the gearlever sometimes does not engage on the first pull. And there is no indication of gear position on the shift gate, either. Not ideal.

The Cayenne Turbo is a monumental tour de force, hurtling down the tarmac with brute strength that is just too much at times. It clocks an insane top speed of 286km/h and a century sprint of 4.1 seconds, which goes down to a 911-beating 3.9 seconds with the Sport Chrono pack. On the other end of the spectrum is the Cayenne, which hits 245km/h and does a 6.2-second dash to 100km/h (5.9-second with Sport Chrono).While modest compared with the Turbo, the Cayenne’s performance will put to shame many hot hatches and grand tourers.

The Cayenne S is a sweet middle child. It peaks at 265km/h, and reaches 100km/h from standstill in a very respectable 5.2 seconds (4.9 seconds with Sport Chrono). On the impossibly twisty roads lining the eastern part of Crete, it excels with a sparkling performance that takes the least out of the driver and gives the most back.

Without a hint of the Turbo’s nose-heaviness, the S feels most balanced and surefooted of the three Cayenne models. Yet, it has the firepower to keep the adrenalin flowing and the traction engaging. 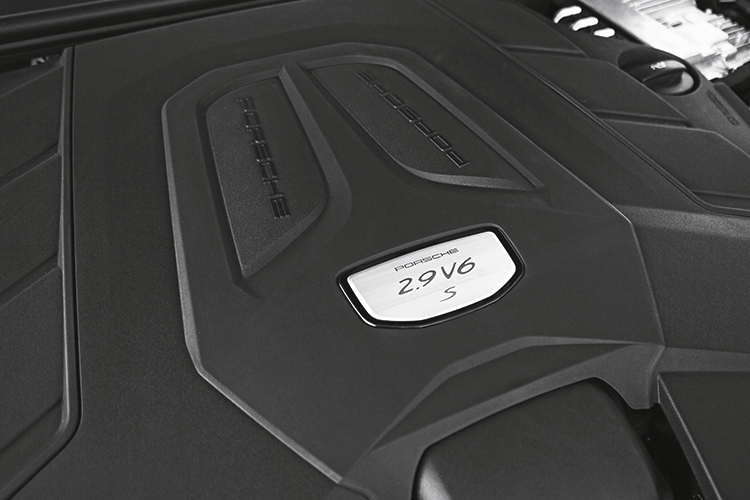 The Cayenne S gets 19-inch wheels and slimmer tyres in the showroom. But at the launch, all three variants wear 21-inch Pirelli P Zeros with 315/35 tyres in the rear and 285/40s in front (the standard fitment for the Turbo).

The S makes the nicest noises, too. It may not be as bassy as the Turbo’s V8 rumble, but its V6 has its own hard-edged metallic bark which is just as rousing and as loud. The Cayenne now allows more of engine and exhaust sounds to enter the cabin, which is in line with the car’s sportier personality.

What it needs now is an accompaniment of throttle blipping on downshifts to complete the sports car package. Make no mistake, this Porsche SUV is now more at home in a race circuit than on a gravelly trail. 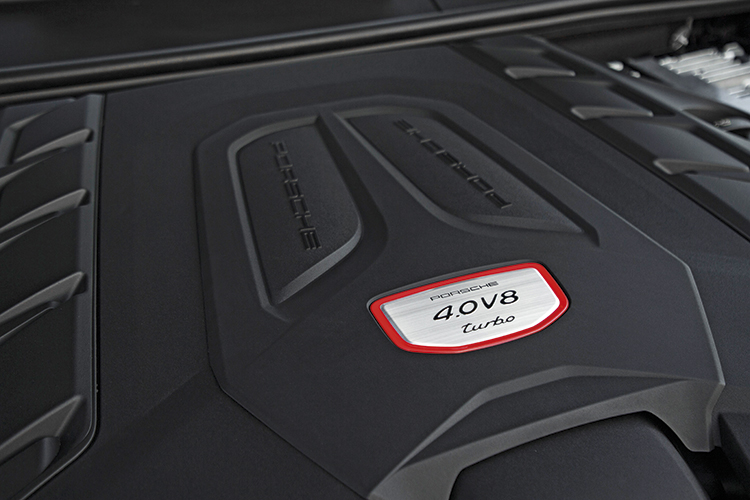 Even when taken through hairpins with too much speed, the car maintains its course with little fuss. Yet, its ride is surprisingly composed, with just a tad more rigidity when sportier drive modes are selected.

All three variants tested in Crete are fitted with rear-wheel steering, although only the Cayenne Turbo will have this as standard fare in the showroom. But that alone does not explain the third-generation Cayenne’s agility. The car has also shed some weight, although it is still not exactly featherweight at around two tonnes each.

The Cayenne S certainly hides its heft well. Its tyres do not fight to maintain grip around serpentine stretches. And the car readily rockets away when the tarmac straightens.

As speed builds up quickly, you begin to notice that the car’s steering is a little light. This does not diminish its precision nor responsiveness, but a weightier helm is always appreciated, especially at higher velocities. 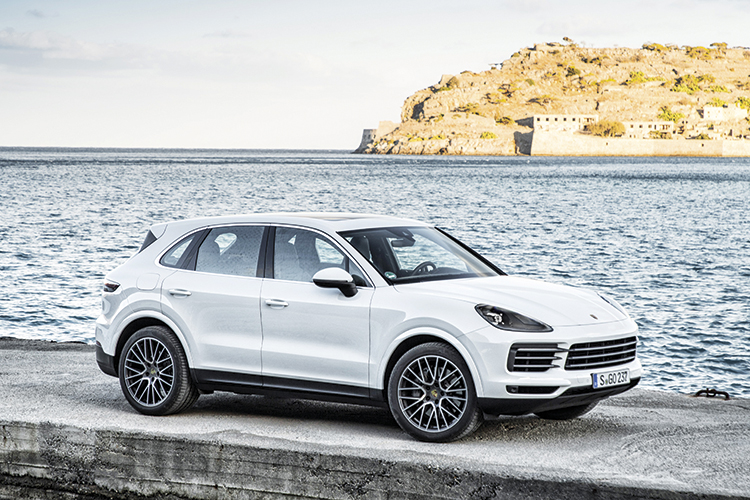 Latest Porsche Cayenne is more hunkered down and it wears differentiated tyres for the first time.

Despite its dynamism, the Cayenne rides extremely well for an SUV. It feels very settled at any speed, with body movements cleverly dampened. The new model comes with three-chamber air suspension, which manages to dull all but the harshest bumps. The Cayenne’s tyres are not run-flats – another factor contributing to its superior ride comfort.

The new Cayenne is also the first Porsche to have new compound-coated brake discs.

Grippier than steel discs and less costly than carbon ones, they are also said to be 30 percent more resistant to wear. But the ones on the Turbo test-car become noisy after an off-road jaunt.

The Cayenne Turbo comes with a nifty active rear spoiler like racier Porsche models, deployed at varying angles to exert downforce befitting the car’s speed. At its sharpest, it acts as an air brake. From 250km/h to standstill, Porsche says it will cut stopping distance by 2 metres. 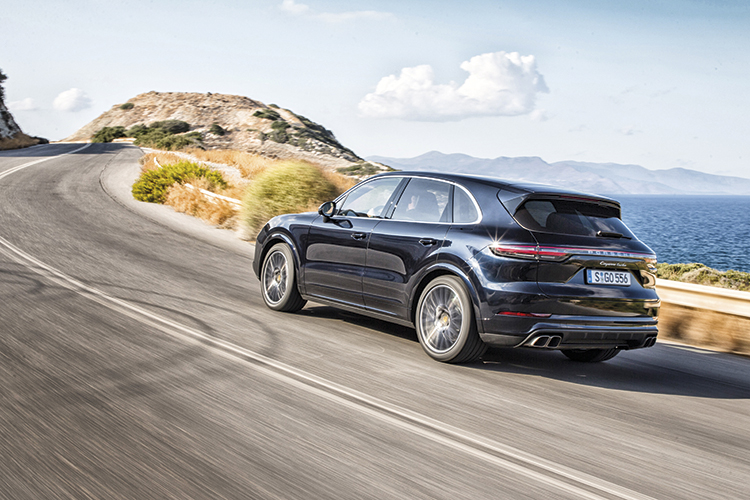 Porsche Cayenne Turbo is a monumental tour de force that hurtles down the tarmac with brute strength.

As an SUV, the Cayenne is more complete than before. Although its wheelbase remains unchanged and its height has been reduced, it is still a roomy vehicle. And because it is longer, the boot is bigger, with 770 litres of stowage.

Its cockpit is modern and sparkly, with an all-digital layout. Its standard of fit and finish is high, with even semi-soft plastic used for inconsequential bits like door pockets. Taking centre stage is a 12.3-inch infotainment touchscreen offering smartphone connectivity, intelligent online voice control, a Wi-Fi hotspot and four USB ports.

Other features include all-round camera guidance and adaptive cruise control, although it is unclear if all these will be standard issue in Singapore. But even without these gadgets, the latest Cayenne is an accomplished SUV that is still the benchmark for pace and agility.

Check out the Porsche Cayenne models