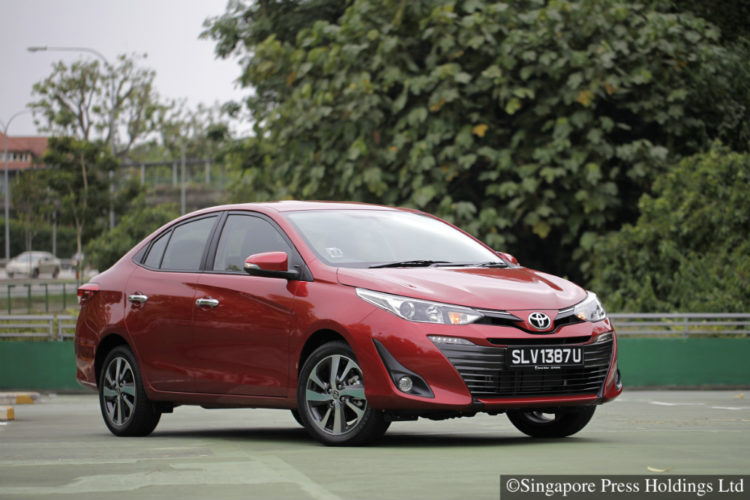 There are, however, two main differences in the latest Thai-made compact sedan – it has a higher equipment level and is more refined. With respect to space, it is now comparable with what previous generation of Corollas offered.

The car is still powered by a naturally aspirated 1.5-litre engine. At 1496cc, its displacement is 1cc smaller than its predecessor’s. It puts out 105bhp and 140Nm – also one unit lower than the previous respective outputs.

As a powerplant, it is as plain as they come, but it delivers a surprisingly high level of driveability. Instead of the previous four-speed automatic, the engine is now mated to a continuously variable transmission – with manual override, no less.

On the go, its progress is fairly breezy, even if acceleration is usually accompanied by high revs. And once beyond 90km/h, wind noise starts to permeate.

The good thing, though, is that the engine – as rudimentary as it seems – retains a decent level of refinement even as its tachometer crosses the 4000rpm mark.

So one is never dissuaded from driving it with verve. The car rarely feels inadequate in city traffic, even if you know it is never going to win any trophy in a shoot-out.

It is not blessed with a dynamic chassis, though. Take it round a bend faster and it will protest with more body roll than a belly dancer in full swing. 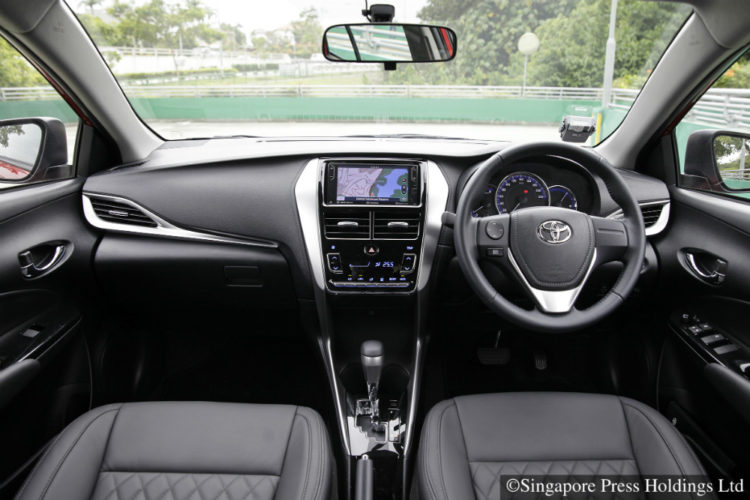 On the flip side, ride quality is pretty good. In this respect, the Vios comes across like a larger vehicle, holding off reverberations from uneven surfaces stoically. Not bad for a car that still relies on a torsion beam rear suspension.

This refinement extends to its cabin, which is better furnished and finished than its predecessor’s.

Safety features are aplenty, and applied equally in both the G and lower E grade cars. These include a slew of airbags, reverse camera and sensors, vehicle stability control, hill-start assist and electronic brake distribution.

The Vios is more handsome than before, with a simple but sleek silhouette and a touch of chic at both ends. The G grade car gets daytime-running LEDs to jazz up its looks.

Its Asian heritage, however, is still apparent when one opens the boot. The floor is lined with a cheap mat which is not anchored well. It is a pity. But as far as space goes, the cargo area is not too shoddy.

On the whole, Toyota has made a creditable job of its latest budget sedan, but the car still has some tough competition. The Mazda 2 Sedan, for instance, comes across as a more complete package, offering stylishness, sportiness, space and more fun at the wheel.

That the Thai-made Mazda sedan is also competitively priced does not help.