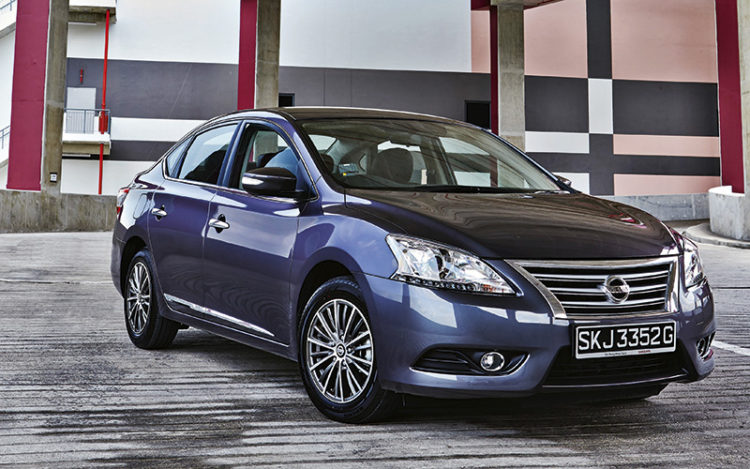 In 2008, Nissan’s local model lineup featured a variety of saloons: the Sunny, Latio and the Teana. But the range also had an enigma in the form of the Sylphy, which was positioned between the latter two models. In this context, the Sylphy occupied “no man’s land”, for it was larger than the compact Sunny and Latio, but smaller than the mid-sized Teana.

Fast forward to 2013, however, and the Sylphy’s position as Nissan’s sole compact saloon offering is now definitive, thanks to the departure of the Sunny and Latio models from distributor Tan Chong Motor’s lineup. 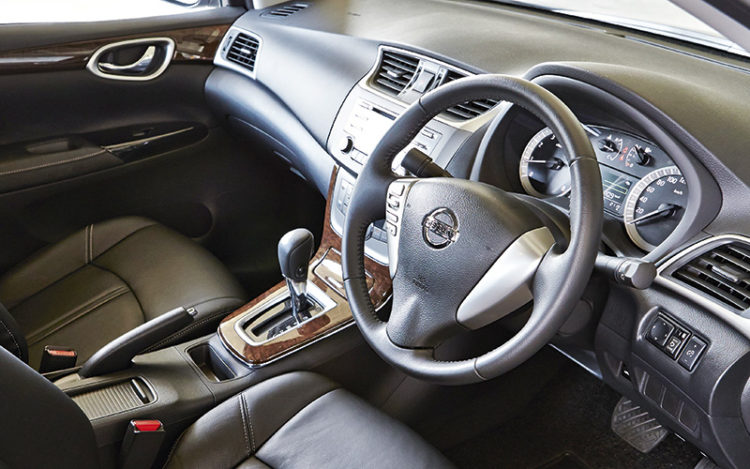 Undoubtedly more attractive is the new Sylphy’s design. While its predecessor will be remembered for its rounded shape, this current model has eschewed that for a sharper and more streamlined body. The overall look is decidedly more confident thanks to the bolder grille and headlights, as well as the angular rear end and its sharper tail-lamps.

Perhaps to give it greater road presence, Nissan has made the new Sylphy larger. Although the wheelbase length of 2700mm is unchanged, the car has been made 60mm wider and 15mm taller. As a result, the interior feels even roomier than before. The cabin’s airiness is certainly more than what you’d get in a Honda Civic or Toyota Corolla Altis. 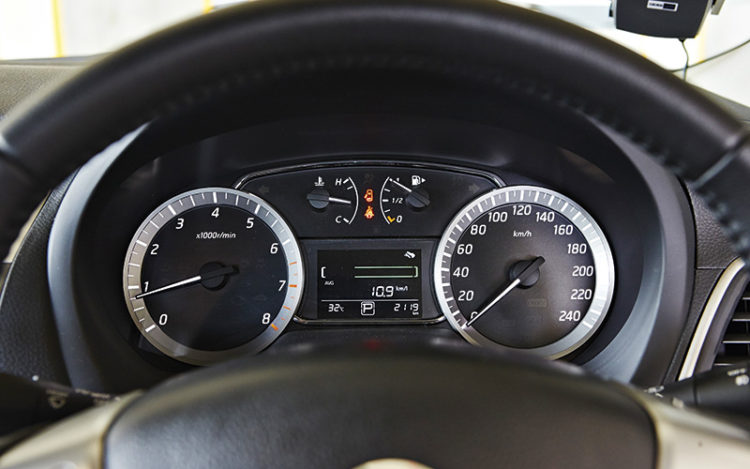 But while the cabin’s perceived build quality is generally good, there are two features missing in this top-end 1.8-litre variant, which were present in the previous range-topping 2-litre model. Firstly, the Sylphy no longer comes with an electrically powered driver’s seat, and secondly, the air-conditioning system now does without the nifty Plasmacluster Ion function.

Making up for these missing items, however, is the air-con’s dual-zone climate control function (it was single-zone in the preceding model) and factory-fitted hi-fi system, which looks a lot classier than the locally fitted unit in the older Sylphy. In addition to these, the car also has a more convenient starter button, which replaces the old push-and-twist ignition switch of the previous model. 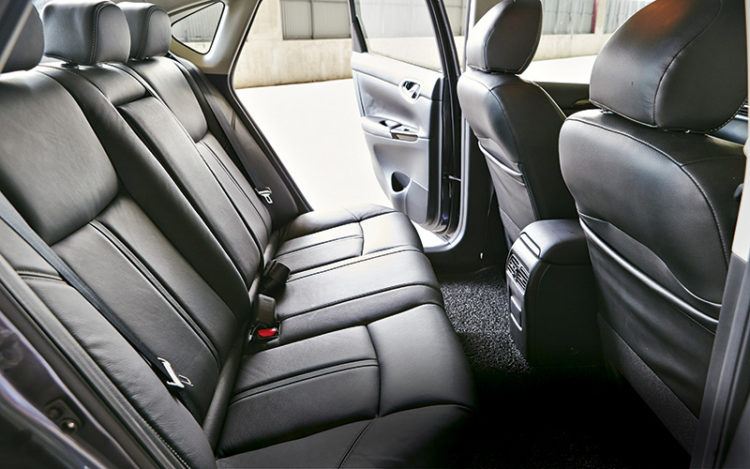 There’s enough room for three, but the middle passenger only gets a lap belt instead of a more secure three-point seat belt.

Thankfully unchanged though, is the spacious rear bench, which easily accommodates three adults. Passengers who are taller than 1.75m might have an issue with bumping their heads against the sides of the cabin’s ceiling, but they’ll appreciate the generously padded seats, which remain plush as ever.

Surprisingly different from its predecessor, on the other hand, is how the new Sylphy performs. Despite having a smaller 1.8-litre engine that’s less powerful (by 2bhp and 17Nm) than the previous 2-litre, this saloon has a sprightly character. This is due to the wonderfully perky engine, which is surprisingly forthcoming in its delivery. It’s best suited to city driving, as the low to mid-range band is where it does best. 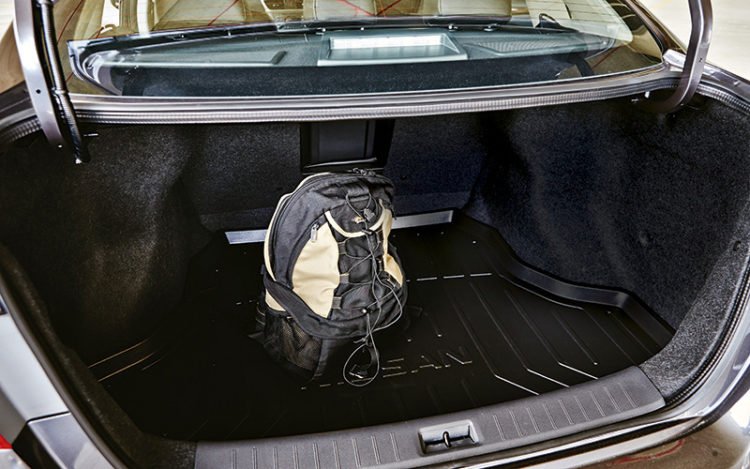 The commodious 510-litre boot is marginally larger than the one in the previous model.

The smaller motor also betters the larger one in its predecessor when it comes to fuel consumption, albeit only slightly. Nissan claims a combined consumption figure of 14.9km/L, whereas the older model could only manage 13.7km/L. During our five days with the car, I averaged 10.9km/L – not too shabby considering I spent more time driving in town than I did cruising along the expressways.

Thus far, the Sylphy’s manners have been impressive, but push it past 4000rpm and its character goes from smooth to unruffled. The workmanlike vocals grow louder, while the CVT becomes downright uncooperative, no thanks to the “clutch slip” sensation. Activating the transmission’s Sport mode only worsens things, and makes the transmission seem like a child who’s throwing a tantrum. 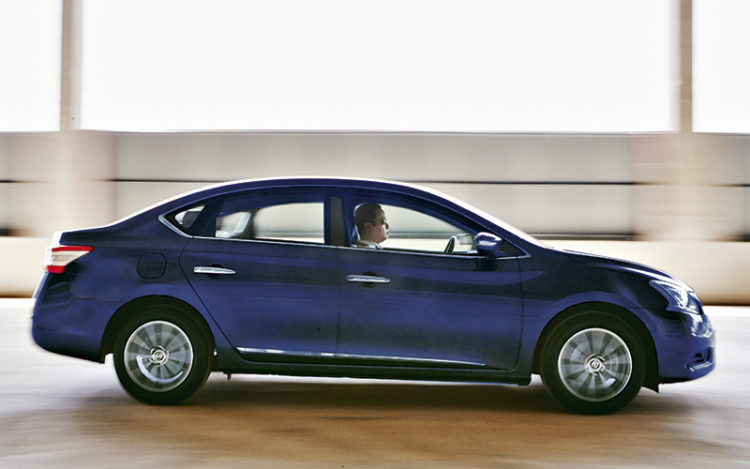 Apart from this hiccup, the Sylphy is superbly composed. Though surprisingly taut, the suspension and tyres still ably soak up all but the nastiest potholes. And despite its inherent understeer, the car doesn’t mind being made to hold a line – at reasonable speeds, of course – through the sweeping bends.

To really complement this saloon’s composure, Nissan ought to improve the car’s steering. Because there’s so much free play at the helm, the steering isn’t as precise as it could be. Resolving this would definitely bump driveability up another notch. 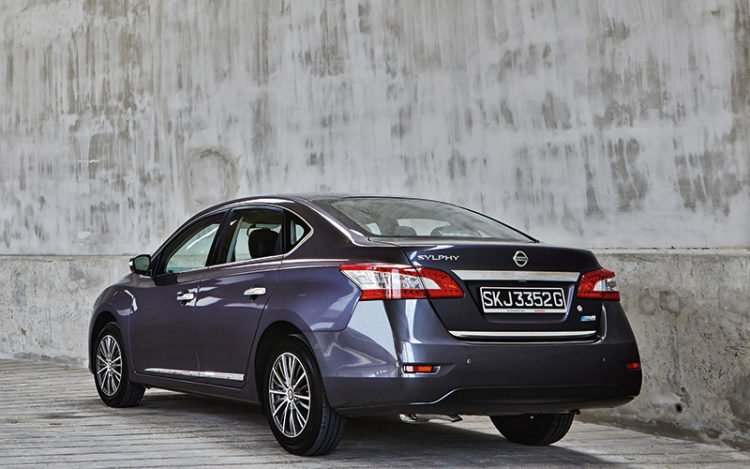 The Sylphy’s polished character gives it an edge over its aforementioned Japanese rivals for now, but it could have a real fight on its hands once Kia’s contender, the new Forte K3, hits our roads in the next two months.

This article was first published in the June 2013 issue of Torque.