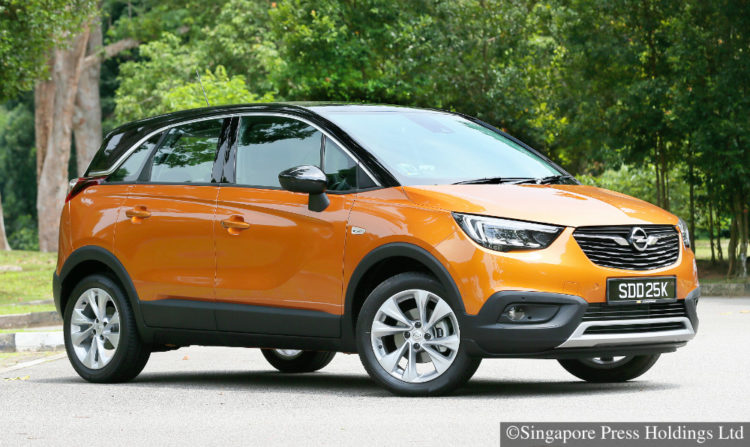 Like someone who has popped a fertility pill, Opel has produced three crossovers in quick succession.

In January, it launched the Mokka X, its first SUV here. Now, it is joined by the Crossland X. By the first quarter next year, the last (and biggest) of the triplets will arrive – the Grandland X.

Going by the way it looks and is equipped, the Crossland X is as much of a winner as the Mokka X. It is slightly smaller, but just as roomy.

Styling-wise, the Crossland X is more urbane compared with the somewhat rugged Mokka X. If not for its lower-body claddings, the front-wheel-drive car might be mistaken for a compact MPV.

Like the Opel Astra and the Mokka X, the car has interesting lines and a powerful presence. A chrome strip starting from the A-pillar, tracing the roofline and passing the C-pillar before flatlining to meet the rear lights, is a refreshing accent to the side profile.

Its two-tone paintwork is another nice touch, as is a fuel flap which sits on the rear wheel arch (instead of floating in the middle of the body panel).

In addition, it has a slew of airbags (including curtain), automatic wipers (which are unfortunately squeaky), front and rear parking beepers, bird’s-eye camera view (as well as a wide-angle rear camera), blindspot alert, collision alert and cruise control. 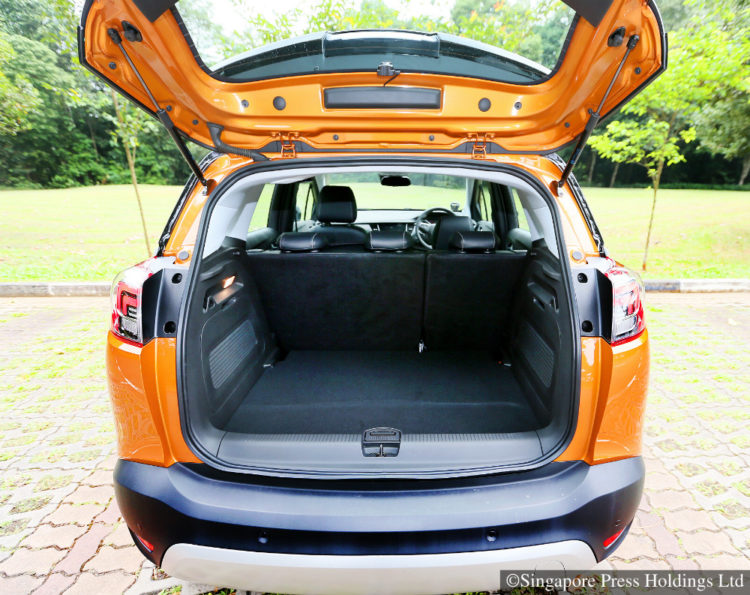 The only thing missing is an electronic parking brake.

While the Mokka X is powered by a 1.6-litre turbo-diesel, the Crossland X is driven by a turbocharged 1.2-litre 3-cylinder petrol. Despite the small engine, the car is adequately nippy, even if it is not as brisk as the Mokka X. A relatively low kerb weight of 1.2 tonnes helps.

What is puzzling is the way it moves. At the slightest provocation, the chassis rocks from side to side like a small boat in the breeze. On the move, it always feels like it is one gear too high – great for economy perhaps, but giving the impression that it will not be able to get out of a sticky situation with prompt acceleration.

That is just an impression, though. In reality, the car is reasonably responsive to kick downs.

Finally, its brakes are a little hard to modulate and you often end up with the car coming to lurching stops.

In comparison, the Mokka X has a crisper and more refined performance all round, despite its diesel power plant. This may well have to do with the fact that the Mokka X is based on the Astra, while the Crossland X is based on a PSA Peugeot-Citroen platform.

Both cars, however, offer a well-insulated, ergonomically designed cabin, that typical solidity often associated with German cars, and a level of fit and finish no other maker in Deutschland would sniff at.

From a money-for-value perspective, the Crossland X is a better bet. It is priced lower than the Mokka X and offers more features than any other car that is priced just above $100,000.