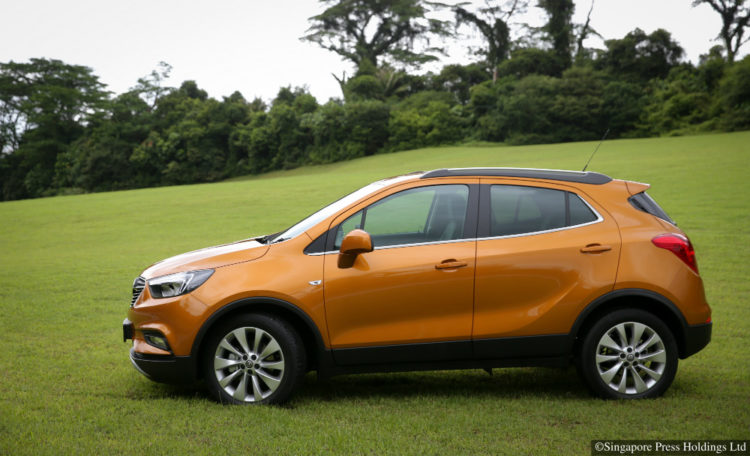 A test-drive of the Opel Mokka is a sweet start to the new year.

It would not be unfair to say this car is a far more interesting option than popular crossovers such as the Honda HR-V and Nissan Qashqai.

At the helm, you are seated surprisingly high, thanks to the car’s generous headroom. This makes you feel you are in a proper SUV and not a neither-here-nor-there model.

Its 1.6-litre turbo-diesel fires up almost too quietly and remains so for most parts. Opel actually has an official name for the power unit: Whisper Diesel. It lives up to the name.

It is torquey like most turbo-diesels. But unlike most small turbo-diesels, it is also free-revving. This makes the Mokka X a joy to drive in the city as well as on highways.

While its high seating makes it feel like an SUV, its driving characteristics are closer to what a poised and balanced hatchback offers. There is no sloppiness in chassis movements whenever the road bends or the tarmac is uneven.

The helm conveys solidity, certainty and confidence. It is not in the least stodgy, which some German SUVs can be. 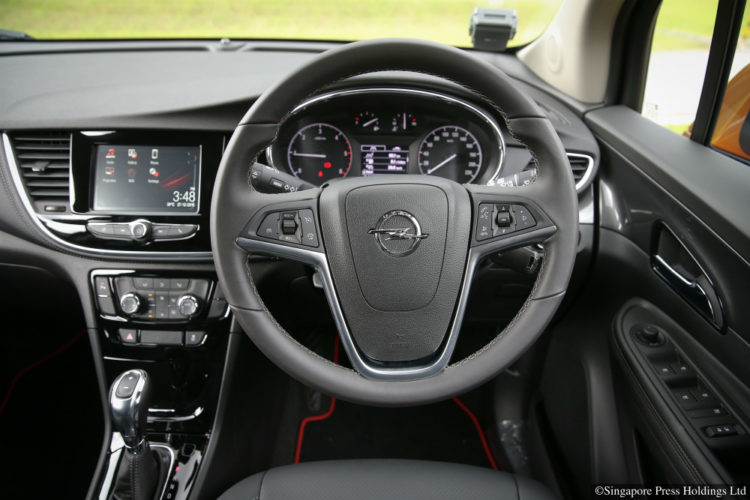 Its surefootedness and quick and precise steering response contribute too. The car goes in and out of corners with minimal body roll. Its ride quality is top-notch – not just for an SUV, but also for any car.

The Mokka’s compactness allows for nippy lane changes and a wide comfort zone in tight spots. This again makes it more effortless on the go, especially in built-up areas.

Its cabin is well appointed, with interesting premium features, including connectivity to Android and Apple phones, and a multi-function steering wheel.

There is also High Beam Assist, a camera-based system which automatically dips the high beam, when it senses an oncoming vehicle. This is probably irrelevant here, but might be useful if you drive in Malaysia.

The cockpit is refreshingly minimalist, unlike the busy (cluttered) configurations you see in several Continental cars.

For a small car, its boot space is more than generous.

There is only one minor irritant: a handbrake release that is on top of the lever instead of below. Opel has long toyed with variations to the handbrake theme, but this is silly and unfriendly to use.

The Mokka X is Opel’s first SUV here and it is a brilliant start. Together with the award-winning Astra which was introduced last year, it is set to change the way people view this often overlooked brand.

If you are shopping for a compact SUV, do not decide before testing the Mokka X.