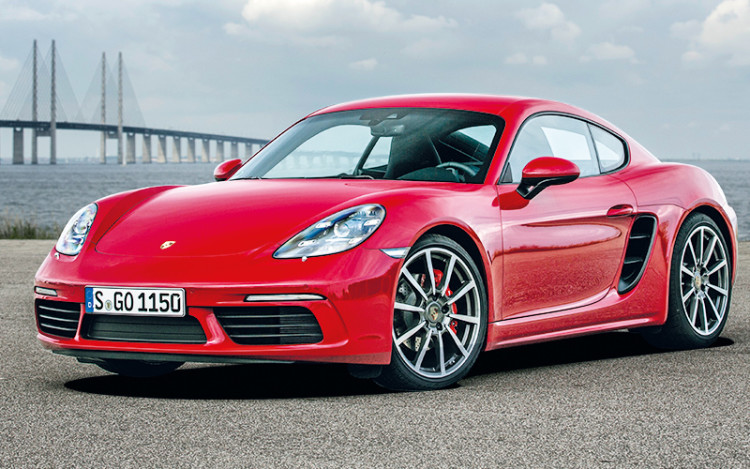 With two camshafts on each bank of the horizontally opposed engine block and the cylinders fed by a pair of Weber carburettors, the naturally aspirated 1.5-litre engine produces 142bhp at 7500rpm.

The mid-engine flat-4 layout only returned this year in the 718 Boxster, a heavily revised version of Porsche’s third-generation (model code 981) boxer-roadster.

Its coupe sibling, the Cayman, is the latest to bear the same 718 moniker, although “904” would have suited it fine, in my opinion.

The biggest change with the new 718 Cayman is the powerplant. In place of the naturally aspirated flat-6 is a 4-cylinder, also horizontally opposed but with a single turbocharger to boost torque and power.

The base Cayman’s engine displaces 1988cc, with its bhp hitting the 300 mark for the first time and its maximum torque at a constant 380Nm between 1950rpm and 4500rpm.

The Cayman S has a slightly larger, 2.5-litre flat-4 engine with an increased cylinder bore dimension and, more interestingly, a variable-geometry turbocharger (VTG) to further eliminate any hint of lag.Thus far, only the 911 Turbo has benefitted from VTG technology, which is not currently found in any other petrol-engined car.

There’s also Dynamic Boost Function, which keeps the throttle open when the accelerator is released (fuel injection is cut off), so that charge pressure does not drop significantly and boost resumes without delay when horsepower is demanded.

Torque from this engine, 420Nm, exceeds even that of the 3.8-litre flat-6 Cayman GT4, although its 350bhp is marginally lower. But then, this is just the S model of the revised Cayman range that sits below the GTS and GT4 models, which will probably continue with flat-6 naturally aspirated engines. 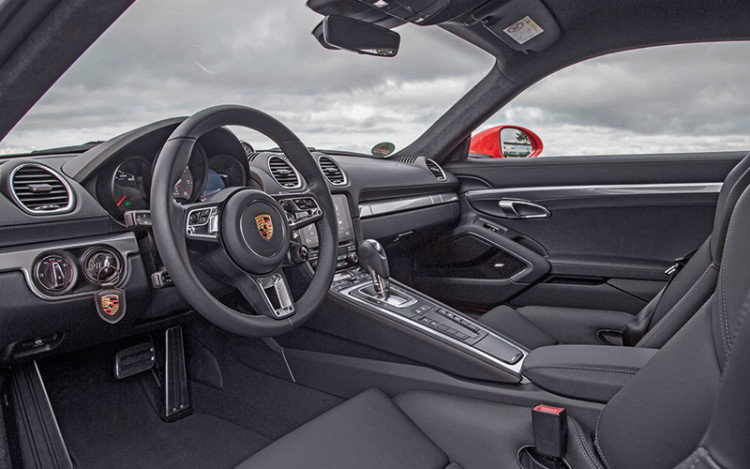 Cockpit and its options are similar to 718 Boxster’s, but with a “closed” coupe configuration that comes with a roomier boot.

Although it is two cylinders down, the overall weight of the engine is just 8kg lower than that of the flat-6. This is because space vacated by cylinders 5 and 6 is now occupied by the turbocharger and part of its plumbing, plus a charge-air cooling circuit. Compressed air as hot as 170 degrees C from the turbocharger is directed into an air-to-water heat exchanger before being channelled into the intake manifold.

The Cayman’s mid-engine chassis has received a number of tweaks in keeping with Porsche’s traditional concept of continuous evolution. The suspension revisions include recalibrated damping valves, stiffer spring rates and bigger brakes, although the basic design of MacPhersons with multi-link lower arms remains as before.

Completing the evolutionary work are a sharper, electrically assisted power steering gear adopted from the 911 Turbo, stiffer anti-roll bars and the addition of buffer springs in the front suspension to reduce pitch and roll.

Not that the Cayman, which has always been a great-handling car, needed any urgent attention to the suspension. But any fine-tuning by Porsche’s engineers is always welcome.

At Sweden’s tight Sturup Raceway, the Cayman is what I would call the ideal four-wheeled track machine.

Immediately impressive is the highly precise and direct steering (which feels so good even on the country roads earlier), which also gives fantastic feedback.

It is one of the most important features of these mid-engine Porsche sports cars that inspire confidence in the driver during high-speed track driving.

With ample grip front and rear, and a superbly responsive 7-speed PDK (dual-clutch) transmission, the Cayman is just so easy to drive fast through corners and really difficult to get untidy at any velocity.

Bigger 4-pot brakes from the 911 Carrera are now standard on the Cayman S and they fit perfectly with the quicker acceleration (0-100km/h in 4.2 seconds with Sport+ mode) and enhanced agility.

Equally impressive is the fact that such a driver-focussed machine possesses almost saloon-car levels of ride comfort, adding to the Cayman’s appeal as a daily-use sports car. 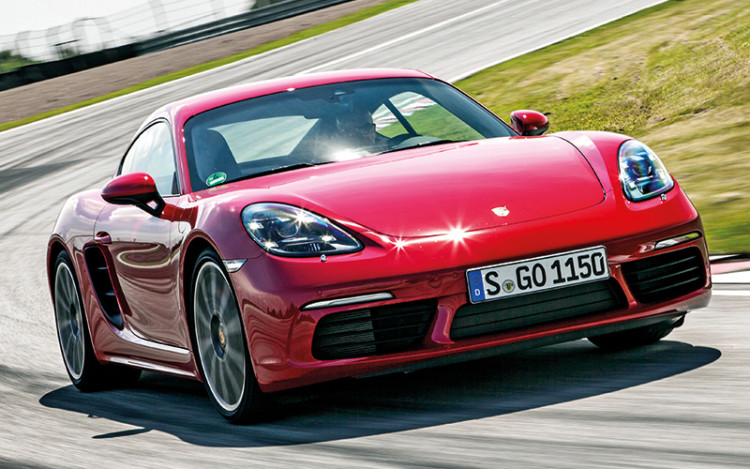 The lag-free acceleration is useful on country roads (sometimes even on city streets), and there is an optional Sport Chrono package that allows the driver to select sharper Sport and Sport+ levels of response.

At any engine speed, both Caymans are ready to accelerate with vigour, although the 2.5-litre Cayman S has a noticeable advantage in acceleration versus the 2-litre Cayman.

There is no hint of turbo lag and the impression of speed is accentuated by the lighting-fast gearchanges of the PDK.

As before, the driver can shift manually using either the gearlever or the steering wheel’s paddle-shifters. Although the new engine’s healthy torque requires you to change gears less frequently, split-second manual upshifts on hard acceleration are quite fun and addictive.

Not so addictive are the sounds from the engine and exhaust. While the crackle from the tailpipes on the overrun in Sport and Sport+ modes is quite cool, there is little “aural pleasure” during idle and upon acceleration. The motor’s best moments are between 5000rpm and the 7500rpm redline. In any case, you’ll know it’s the flat-4 718 when you hear it drive by.

Visually, the new Caymans are most distinguishable by their four-point LED daytime running lights in each headlamp, and the black strip between the tail-lamps just below the rear spoiler.

The Cayman has always been a fine driver’s car and the latest, arriving next month (October), is certainly the best yet.

Dynamically, there is nothing to fault this coupe, be it the S or non-S, and I cannot think of anything else on the road today that can match the 718 Cayman’s perfect balance between power and chassis.

It looks sporty inside and out, and now with a punchy turbo engine, the 718 Cayman S (or even its 2-litre version) is possibly the most desirable in its category.

It is, to me at least, the world’s best flat-4 mid-engine sports coupe at this point in time. All it needs is a nicer sound. 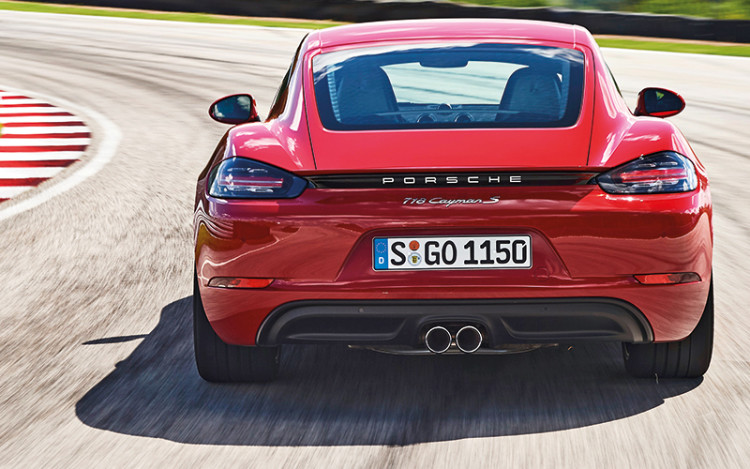 Both Caymans are agile, communicative and easy to drive quickly, but don’t sound very special.