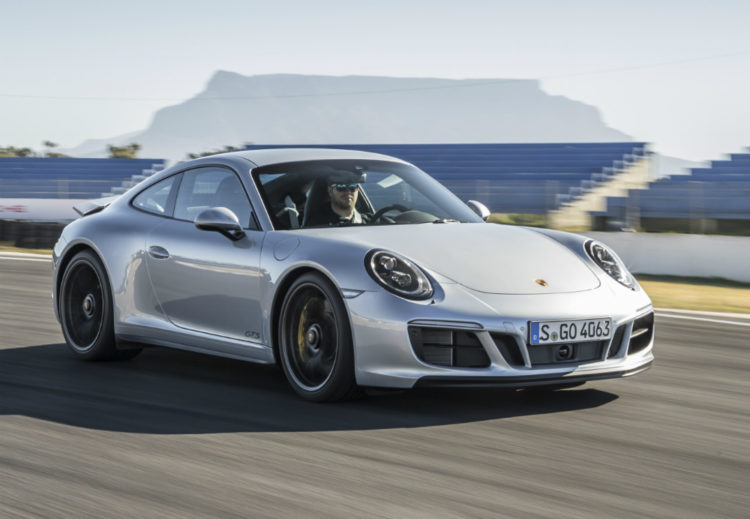 But the GTS is more than a 911 with an uprated engine.

It has a number of visual differences, such as a SportDesign front apron, wing mirrors and smoked tail-light lenses. Its tailpipes and logos are also finished in black to further distinguish the car from its non-GTS siblings.

More significantly, the Carrera GTS uses the body of the all-wheel-drive Carrera 4, which has a wider rear track for enhanced roadholding. Complementing this is the Carrera GTS’ ride height, which is 10mm lower than the Carrera S’.

Peering out from its silky black 20-inch wheels are bigger brake discs and larger brake pads (the same ones on the 911 Turbo), which enhance stopping power.

And for greater aural pleasure, the car is fitted with a loud sports exhaust system. This louder exhaust is certainly welcome, since the GTS’ turbocharged 3-litre flat-6 engine is quieter than its previous naturally aspirated 3.8-litre unit.

Also more welcome is the extra muscle. The new turbocharged engine is capable of 450bhp and 550Nm, or 20bhp and 110Nm more than the non-turbo motor.

With these figures, the new GTS demolishes the century sprint in just 3.7 seconds, making it 0.3 second quicker than the older model which we test-drove less than two years ago.

I sampled the GTS’ abilities on the Killarney International Raceway, located outside Cape Town. The 3.2km circuit has two long straights and seven corners, which proved to be more of a challenge for me than for the car. 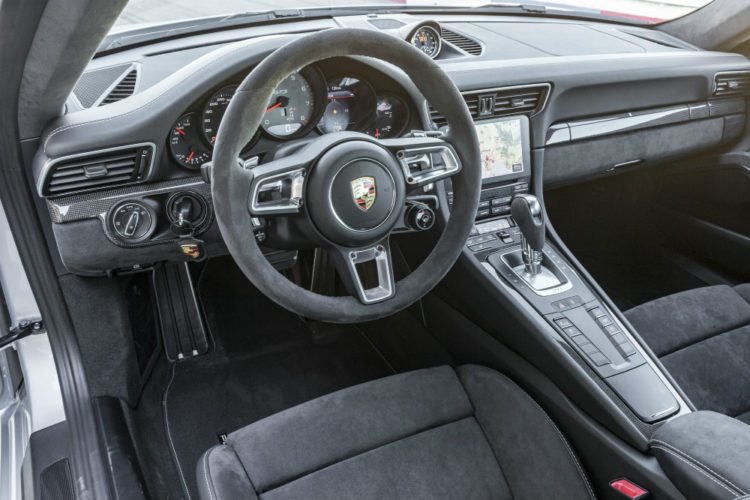 With the driving mode set to Sport Plus, I accelerated out of the pit lane and into the first corner.

I was immediately struck by how the turbocharged flat-6 punched harder than expected. Impressively, apart from being responsive and bereft of turbo lag, the power delivery is very linear.

As I exited the first corner, I was also stunned by just how much grip the GTS has. Most of this is down to the car’s Pirelli P-Zero Corsa tyres, but, as any enthusiast will point out, a car must have a well-sorted suspension to fully exploit its tyres.

The GTS felt like it was glued to the track, but, at the same time, I got a sense of just how nicely balanced the car is.

There was plenty of feel from the back end, which had the engine pressing down on it, and just as much feedback from the nose.

The car displayed a keen and precise turn-in. To me, a slow-in, fast-out driving style complements the GTS’ characteristics. But even when I entered a bend too quickly, the car’s electronic nannies prevented any mishaps.

Braking for corners proved to be just as exciting as accelerating out of them. The bite of the brakes, along with the “brap-brap-brap” throttle blips that accompanied the downshifting seven-speed dual- clutch gearbox, contributed to the racecar- like experience.

Given the circuit’s length, I did not expect to attain anything past 180km/h on the straights. But I repeatedly saw the digital speedometer hitting 220km/h.

Anyone thinking of getting a Carrera S and planning to drive it on a race track every so often should probably get a GTS instead. Because if one were to tool up a Carrera S to match the GTS, it would end up costing more than a GTS. 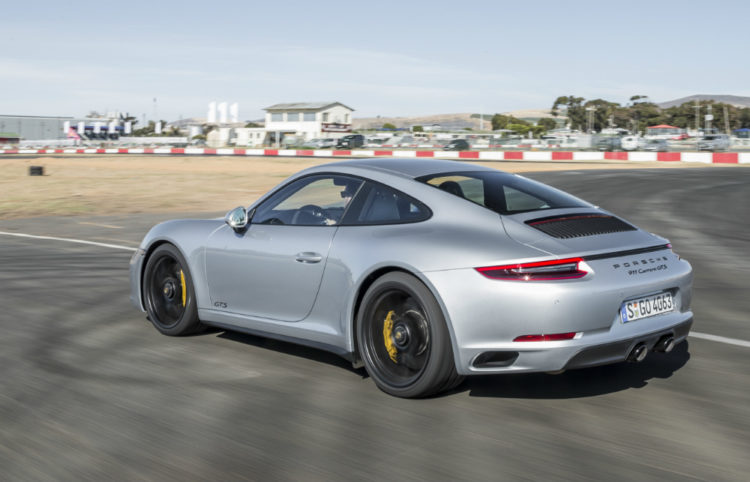