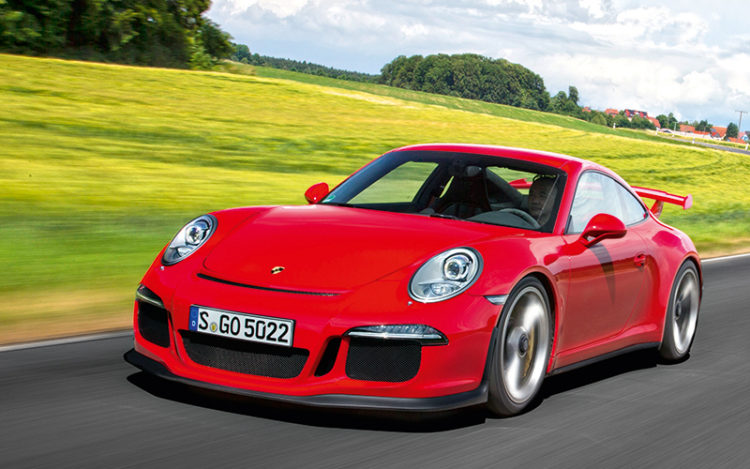 This fifth generation of the 911 “Gran Turismo Three” is a superb update on the GT3 design template. While the front splitter and rear wing look fabulous, they are there for function rather than fashion, although many poseurs would buy them for style alone.

The coupe’s rakish new lines were drawn by Porsche’s all-important motorsport department, and the aero aids increase downforce by 20 per cent while keeping the drag coefficient at 0.33. That “fighter jet” rear wing provides less downforce than the full-width rear wing of the GT3 RS 4.0 (the run-out special edition of the superseded 997 series), but the latest GT3 doesn’t need so much downforce in the first place. 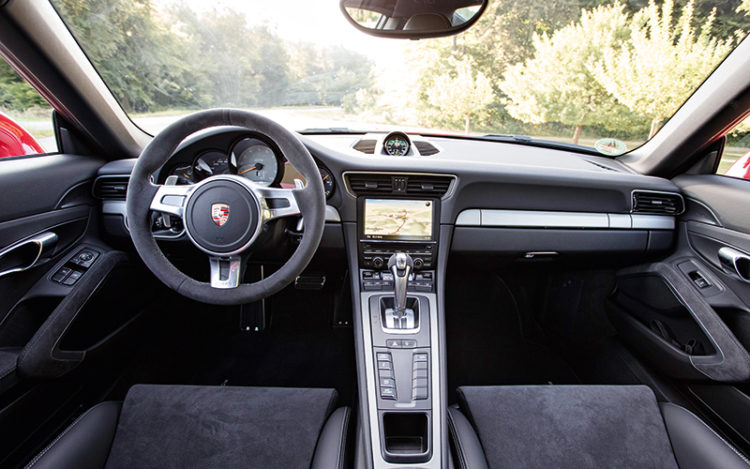 Serious sports car cockpit with Alcantara elements, but it also has good infotainment and two-zone air-con.

The cockpit hasn’t been stripped down to save weight, apart from the deletion of the standard Carrera’s backseats, so you still get audio and air-conditioning. The keen “pilot” can order Club Sport bucket seats with six-point harness, track-ready roll cage and fire extinguisher.

Almost everything to do with driving in the new GT3 has been modified from its original Carrera S form, with the 3.8-litre flat-6 receiving the most attention. While the basic block is shared with the Carrera S, there are redesigned cylinder heads that now use a rocker lever to actuate the cams, which allows for deeper and faster valve openings. The powerplant produces 475bhp, which equates to a whopping 125bhp per litre. 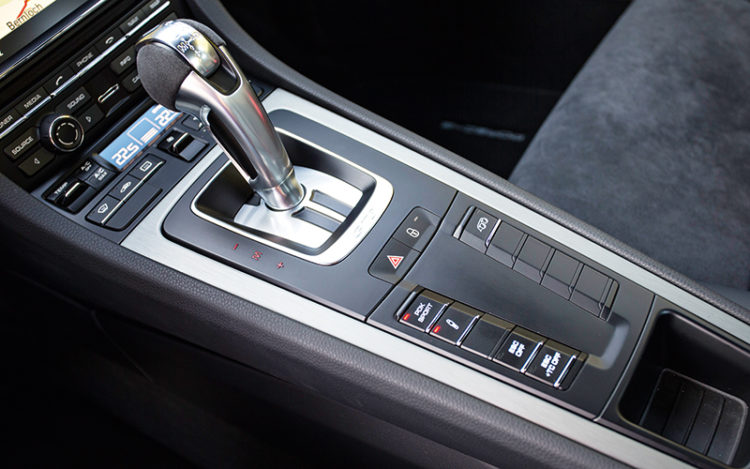 In line with motor racing, 911 gear selector’s “plus-M-minus” arrangement has been reversed for the GT3.

Like the previous GT3, the engine employs dry-sump lubrication. This is necessary because around 80 per cent of all 911 GT3s are driven regularly on racetracks (according to Porsche’s internal data). A newly introduced feature is an oil separator that reduces power-sapping oil splash in the crankcase. Like before, there’s a user-selectable sports exhaust system that meets EU drive-by noise regulations and offers a more straight-through exhaust path at the press of a button. This raises the sound and torque levels.

Of course, the most controversial item in the new GT3 drivetrain is its PDK dual-clutch transmission. There’s no 7-speed manual option. Andreas Preuninger, head of Porsche Motorsports, told me that the PDK is better than a manual gearbox when setting lap times, but his marketing colleagues will probably add that an auto is also more sellable. 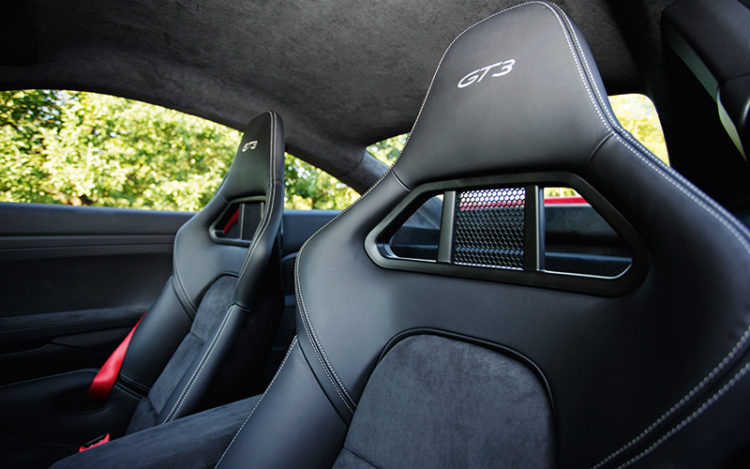 The GT3’s PDK is no ordinary dual-clutch. It has paddle-shifters rather than a long, sequential lever, so the driver can keep both his hands on the wheel when gunning through the gears. In the new GT3, Porsche’s official test-driver Timo Kluck managed to lop two seconds off the GT3 RS 4.0’s Nurburgring Northern Loop lap time, despite the old model’s 25bhp-greater power and 60kg-lower weight. The GT3’s PDK is not only a quick device able to change gears in 100 milliseconds, it also has lower and more closely stacked ratios – seventh gear, for instance, is almost a direct drive, reaching the top speed of 315km/h at 9000rpm.

For the first time, Porsche is using an electronic differential, which supplements the existing mechanical affair. This setup enhances the GT3’s ability to put power to the tarmac and maximises the grip of all four tyres, with up to 100 per cent of the engine’s energy apportioned to any one of the wheels if needed. 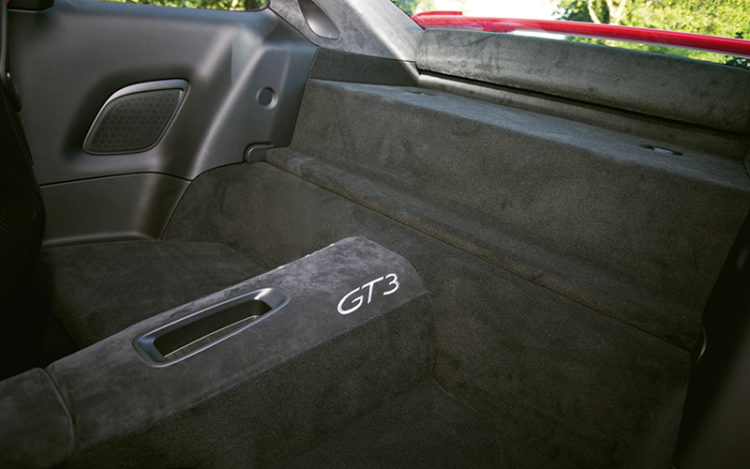 GT3 is still a two-seater, with a rear “parcel shelf” for racing helmets and other track-day esssentials.

The active roll stabilisation system that helps the Carrera S to grip the road like a leech has been replaced in the GT3 by conventional anti-roll bars, with firmer springs and a lower centre of gravity to provide even better resistance to body roll.