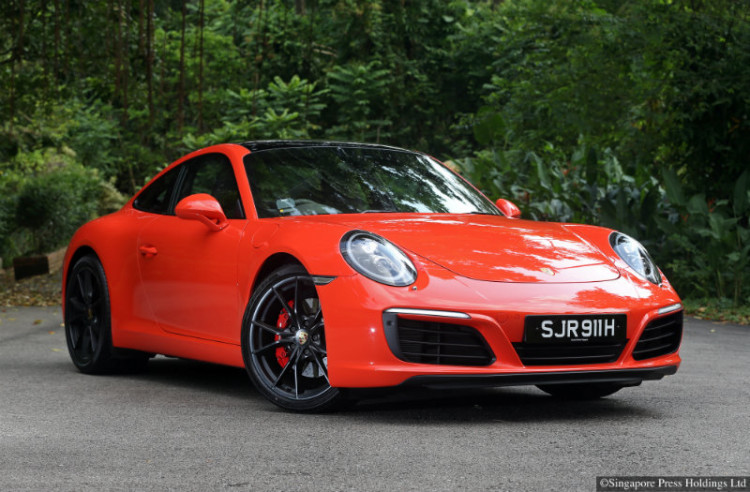 Have you heard The Sound Of Silence performed by American heavy metal group Disturbed?

Go check it out. Better still, check out the music video. On some levels, it is even better than the original sung by Simon & Garfunkel some 50 years ago.

Disturbed’s haunting rendition comes to mind when I think about Porsche’s rebooted 911. Simply because the car is disturbingly silent, for a 911.

When cruising at 90km/h, the Carrera S is nearly as quiet as the Panamera, Porsche’s luxury sedan. I exaggerate of course, but only a little.

As 911s go, the latest Carrera S is like the Lexus variant. And it will be like that from now on, thanks to downsizing and turbocharging.

If you hanker after the raw, metallic sounds of old, you might just have to get a used car. The transition is almost as stark as when Porsche abandoned air-cooled engines in the 1990s for more efficient water-cooled units.

This time, the sound of silence also has to do with changes to the engine. The Carrera S is now powered by a 3-litre flat-6 fed by two large turbochargers.

It is noticeably punchier than the previous normally aspirated 3.8-litre but, more significantly, a lot more flexible and accessible.

Peak torque, for instance, is available from 1700rpm (down from 5600rpm previously) and sustained all the way to 5000rpm.

So when you are on the Seletar Expressway on a lazy afternoon, the engine is buzzing with revs you can hardly make out.

Which is a good thing if all you want to do is get from point A to B, without the drama that comes with a high-strung sports car. 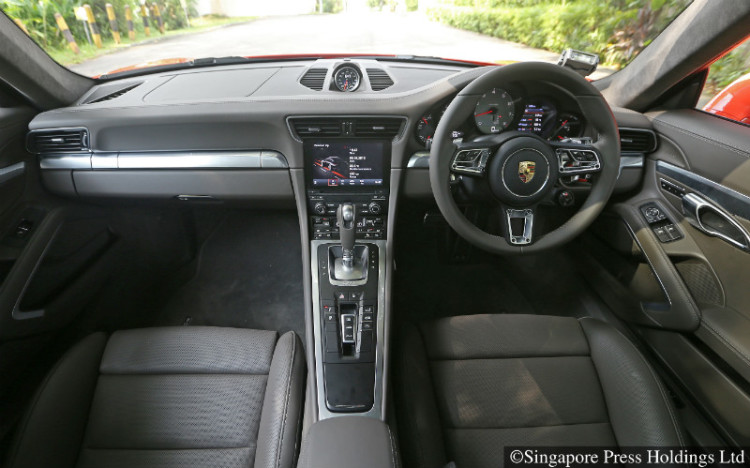 Tap the throttle and the Stuttgart stallion picks up the pace instantly, with just a slight increase in exhaust decibel. The car’s flat torque curve sees to that.

If you want the horses to get to a full gallop more urgently, just drop a couple of cogs by flicking the handy left shift paddle, and squeeze the throttle.

Response is immediate. With a song you begin to recognise, the 911 launches itself forward with so much force it makes you lightheaded for a moment.

The revised car’s chassis remains brilliant and seems to revel in the engine’s extra oomph.

Around a knotty ribbon like Old Upper Thomson Road, the car is faster than any of its peers, including those with a lot more firepower.

The versatility of its new engine, combined with a brilliantly balanced and confident chassis completed by four sticky 20-inch wheels, makes the 911 seriously quick.

Above all, the driver’s level of comfort is enhanced by the 911’s light but laser-sharp steering. On the steering column is a new rotary drive-mode selector – similar to what Ferrari has been using, but not as elegantly or ergonomically incorporated.

The car’s brakes are extra grippy now. But their vice-like operation makes them somewhat difficult to modulate for smooth stopping during day-to-day driving.

Thankfully, no one who owns a 911 uses it for just the day to day. There will be moments when one needs an adrenaline fix and the best way to get that is to drive the car like he is a little disturbed.