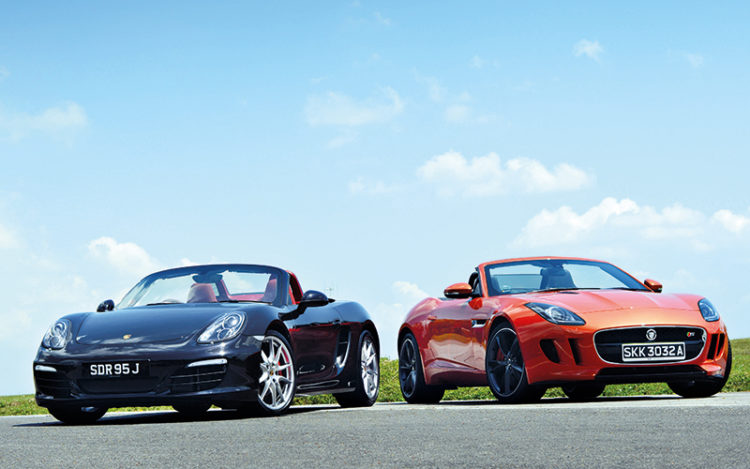 A long time ago (actually it wasn’t that long ago, it was the mid-1990s, but anyway), in a galaxy not too far away, Porsche was in a bit of a bad place. The legendary sports car manufacturer was bogged down by inefficiency and high costs, and had essentially the one product, the 911. Because of that, Porsche was broke and in danger of going the way of the dodo.

That all changed in 1996 when it went back to the drawing board (not to mention hiring a gaggle of Toyota engineers to streamline its processes), and launched an all-new entry-level car, the Boxster. It was charged with the unenviable task of hauling the ailing automaker Porsche back into the realm of profitability.

And it did. In the years following its launch, Porsche shifted around 20,000 Boxsters annually, accounting for roughly half its total yearly sales. Even more than that, the Boxster doubled Porsche’s annual sales volume. The Boxster would remain Porsche’s primary cash cow until the introduction of an even fatter one, the Cayenne SUV in 2002 (but that’s another story for another time). 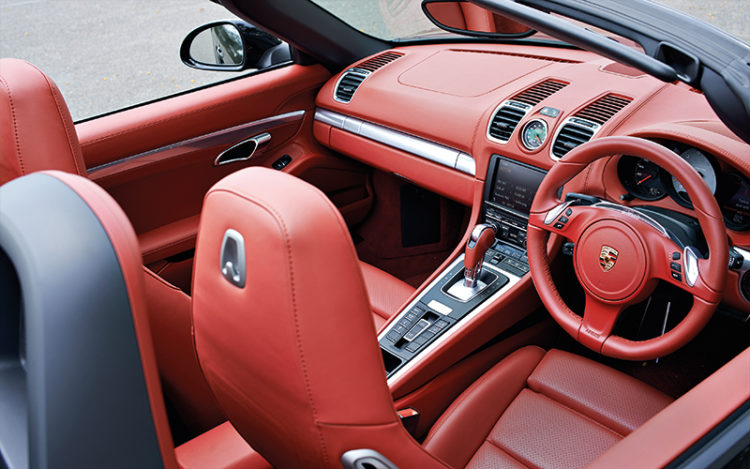 Porsche Boxster S’ red leather interior is cost-optional, as is a plethora of other items.

But more importantly, it reaffirmed that, despite looming bankruptcy, Porsche could still make fine sporting vehicles. Some quarters will even (sacrilegiously) suggest that the Boxster is a better car than the 911.

For the longest time, the Boxster’s position as the king of small convertibles has gone unchallenged… until now. There’s a very orange, very British rival looming on the horizon, and if there’s one car that could unseat the Boxster from its throne, the Jaguar F-Type would be it.

The British carmaker’s fortunes are on the up. Like Porsche, it spent the majority of the 1990s in the doldrums, languishing in the shadow of Ford ownership and selling frumpy, retro-style saloons such as the third-generation XJ, mid-size S-Type and compact X-Type. 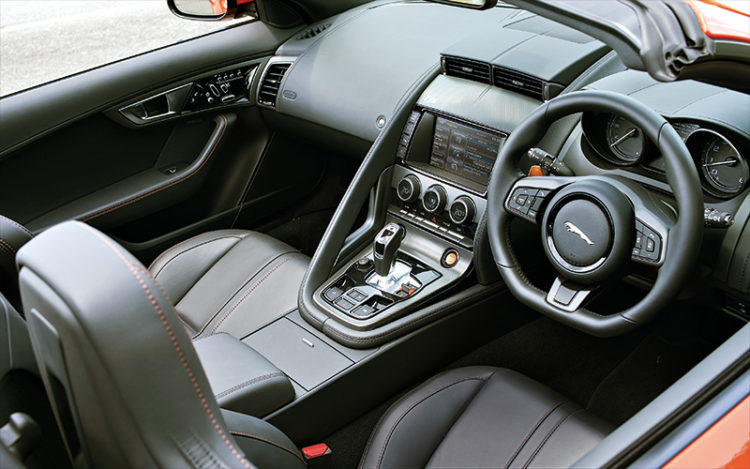 Jaguar F-Type S has black gold accents on the starter button and paddle shifters, which lift the otherwise sombre cockpit.

Under the auspices of current design boss Ian Callum, the latest “Type” to come from Jaguar is retro-inspired in name and spirit, but it’s far from frumpy. We’d go so far as to say the F-Type is Jaguar’s prettiest design yet (which is saying something).

Even more than the way it looks, is how Jaguar hopes that the F-Type will send a message that the marque can still make a fine-handling, compact sports car (the XK is more cruiser than bruiser, so it doesn’t count). If in the process it can mount a hostile takeover of the Boxster’s castle, then so much the better.

And it seems Jaguar has quite a capable siege weapon on its hands, resting as it does on a shortened version of the XK’s all-aluminium chassis. Plus, when it’s painted like our test car in a rather attention-grabbing orange hue, along with bulges and vents springing up all over its bodywork, the F-Type really does look the (weapon-like) part. It has the requisite amount of firepower, too. In mid-range S guise here, its supercharged 3-litre V6 develops 380bhp and 460Nm (a base F-Type with 340bhp and a supercharged, 5-litre V8-powered variant with 495bhp are also available).

Just to drive home the point that the F-Type can huff, puff and blow the Boxster’s house down, local models come standard with a pair of chromed, centrally mounted “bazookas” that also perform duty as exhaust pipes.

Floor the throttle, wait the barest fraction of a second for the remarkably direct 8-speed automatic transmission to hook up and this “cat” catapults forward, completing the century sprint in just 4.9 seconds (accompanied by a piercing scream from somewhere out back). 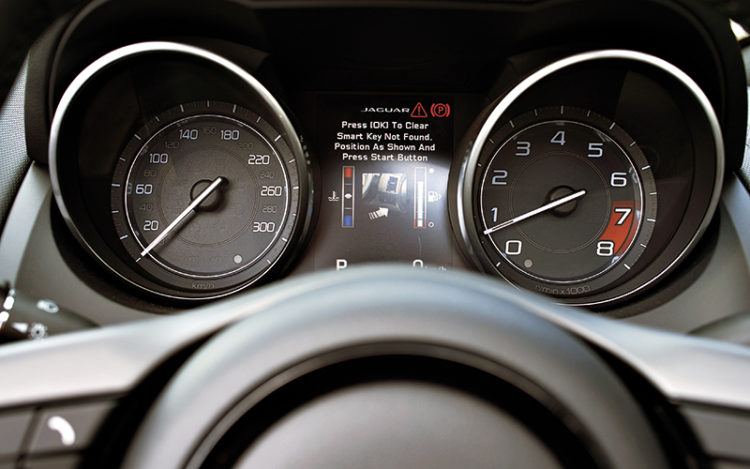 Just based on that opening salvo, the Jaguar seems to have the Porsche beaten already and it isn’t just for want of the Jaguar’s garish, orange paint scheme. The Boxster is a good-looking car, no question, but even wearing its loudest red paint, the F-Type’s swoopy lines, frowny headlights and gaping maw trump the Porsche handily. While it’s likely onlookers will gawk and snap pictures of the Jag, you’ll be lucky if someone even took a second glance at the Boxster.

Even the way the Boxster S starts is decidedly low-key. While firing up the F-Type S is an occasion unto itself, accomplished by thumbing a gold starter button followed by a bark from the exhaust, in the Boxster, you do it the old-fashioned way… by inserting and twisting a key.