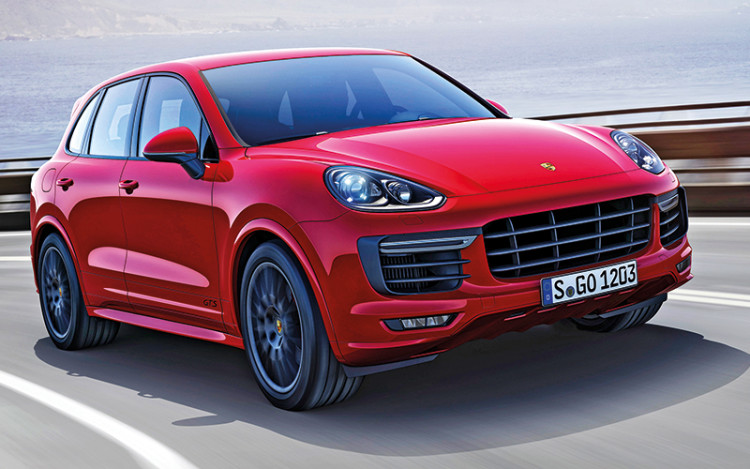 The Cayenne was the first modern Porsche to don the historic GTS badge in 2008.

First seen on the Targa Florio-winning Porsche 904 GTS in 1964, those three letters have since come to represent uncompromising sportiness and good value (relatively speaking) across the Porsche range.

In the case of the 911, Macan, Panamera and now the Cayenne, the GTS variants fill the gap between the S models and the pants-wetting turbo variants.

But can a 2110kg SUV really drive like a Porsche, much less deserve the GTS badge?

The Cayenne has never been a looker. But with the GTS version, you get a Cayenne Turbo front end, extended wheel arches, side sills and 20-inch alloys to soften the blow of the car’s dumpy form. 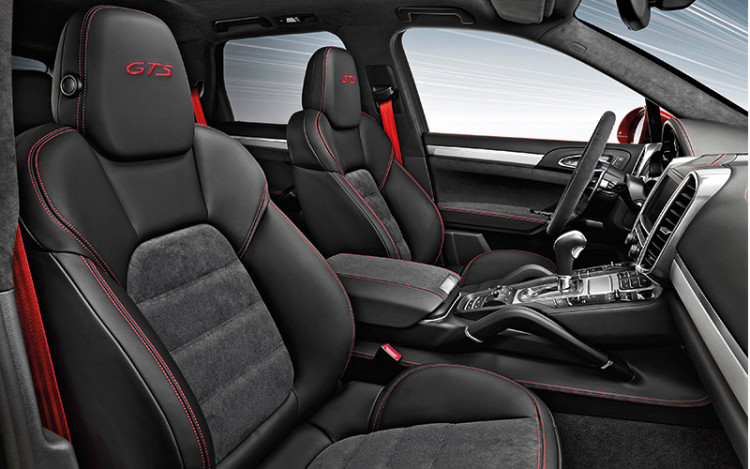 Like most cars these days, the engine of the Cayenne GTS has been downsized. Gone is the sonorous 4.8-litre V8, and in its place is a higher-tuned 3.6-litre twin-turbo V6 from the Cayenne S. The good news is, there’s an extra 20bhp of power (440bhp) and 85Nm of torque (600Nm) compared to its predecessor.

As expected, the vehicle is also cleaner and more efficient. Not that exhaust cleanliness and fuel efficiency are major concerns for buyers of such SUVs.

Handling-enhancing goodies such as Porsche’s Active Suspension Management (PASM) and a 24mm lower ride height come as standard with the GTS. To compensate for the old V8’s singing voice, a sports exhaust is complimentary, too.

The chassis upgrades and new engine will rearrange your notions of full-size luxury SUVs, or physics, for that matter.

If the Cayenne Turbos utilise sheer speed to shock, the Cayenne GTS mesmerises with its talent in the bends. Blessed with sublime agility, accurate steering and an incredible ability to hide its bulk around corners, the GTS is an SUV that thinks it’s a hot hatch. Except this oversized hot hatch is capable of 0-to-100km/h in just 5.1 seconds (with Sport Chrono package; 5.2 without). 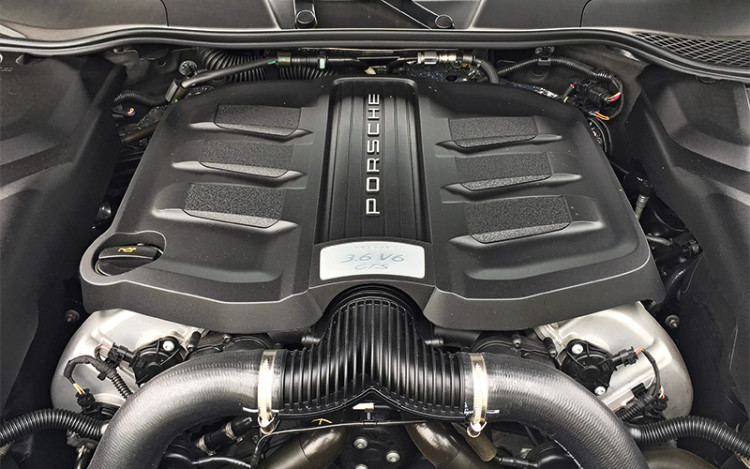 Biturbo 3L V6 is stronger and more economical than old 4.8L V8, but has less character and a weaker soundtrack.

There are three drive modes to choose from: Comfort, Sport and Sport Plus. Go through the modes and the steering, transmission, throttle response and suspension become decidedly racier. Although the ride quality is firm, you can just about get away with choosing Sport mode on a daily basis. But where this behemoth truly shines is in Sport Plus.

The only time I’m reminded that I’m in a full-sized SUV is when I look down and realise I’m sitting over half a metre off the ground, or I look behind and see my three rear passengers seated comfortably, with room to spare.

I can never fully escape the car’s bulk and dimensions, especially when braking hard from speed or when traversing Stuttgart’s narrow dual-carriageways, but I’ll be having so much fun that I’ll hardly notice. The way the Cayenne GTS keeps its weight and body roll in check is nothing short of amazing.

The new turbo powerplant lacks the chase-every-last-rpm nature of the old V8, but it makes up for this with additional low-down punchiness.

Floor the throttle pedal and all of the engine’s 600Nm kicks in at just 1600rpm, meaning it powers itself out of turns in a way its predecessor never could. It’ll run out of puff near 5000rpm, but all I have to do is just change up a gear to experience that wave of torque all over again. 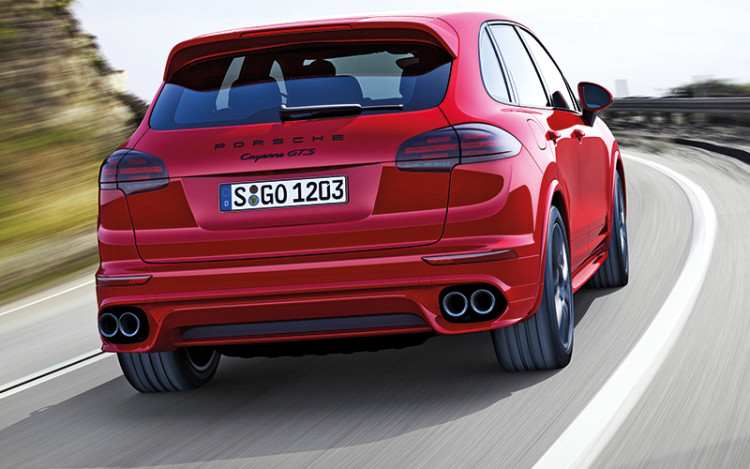 It’s obvious the new V6 can’t match the old V8 for character and vocal prowess, but the way it delivers its speed is far more efficient and potent.

And although I do miss Porsche’s rapid and snappy dual-clutch PDK transmission at times, the 8-speed automatic gearbox is competent enough.

The Cayenne GTS isn’t just a sports car disguised as a sports utility vehicle. Select Comfort mode and it turns into a refined, luxurious tourer that can rival the best in its class.

Both the build quality and posh factor are top-notch, with my only complaint being Porsche’s dated, laggy infotainment system, which is showing its age against the improved one in the newer 911 and Macan models.

Having had the chance to drive the S and Turbo variants of the Cayenne alongside the GTS during this road test, I believe the GTS strikes the sweetest spot between handling and performance.

Porsche’s own Macan is still the standard bearer when it comes to sporty SUVs, but the Cayenne GTS has rewritten the rulebook with its abilities. It is certainly worthy of the GTS badge.