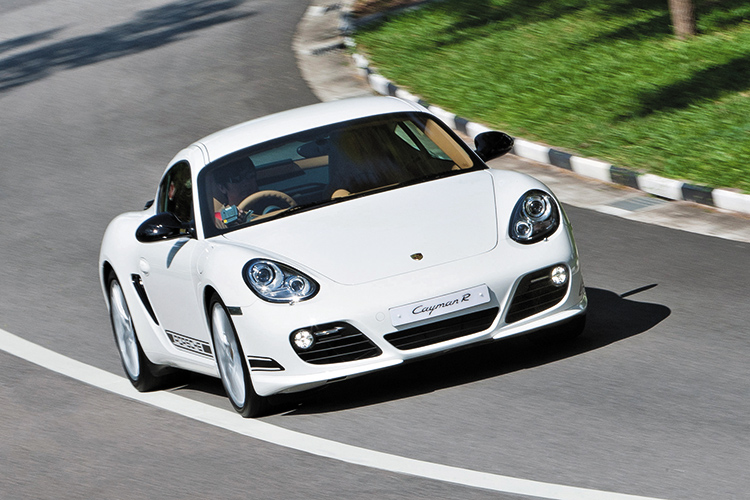 First and foremost, the custom colour of Peridot Green ought to be the default paint job. Any other colour will cost extra, including the pristine white of our test car here.

And the 19-inch alloy wheels (Porsche’s lightest at 10kg apiece) should really be in no-nonsense black instead of nondescript silver, so they can better match the ebony embellishment of the headlights, side mirrors, lateral air intakes, rear spoiler and “Porsche” decal letterings. 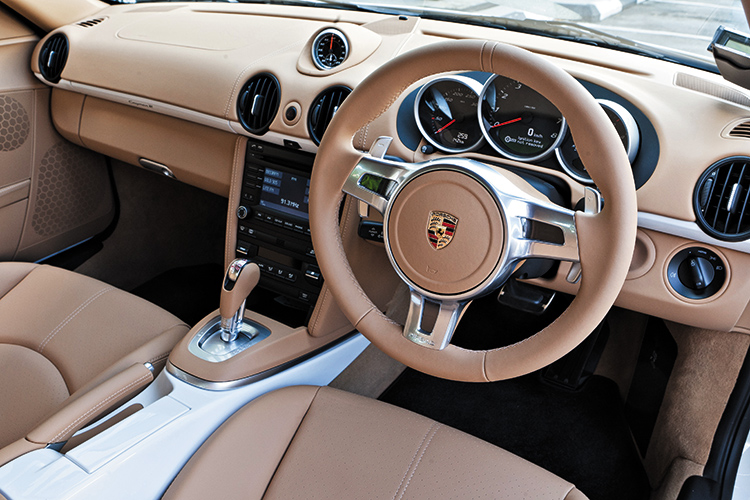 The Porsche Cayman R’s doors are made of aluminium, saving 15kg, and the bonnet is also made of the lightweight metal, but I would have liked it too for the tailgate. Replace the glass windscreen with a plastic pane, I say, and ditch the rear wiper at the same time.

The sports seats (a no-cost option) are supportive, but they are heavier and less purposeful than the original carbon fibre-shelled, Alcantara-trimmed buckets. Leather upholstery and electric adjustment are for S softies, not R racers, I reckon. 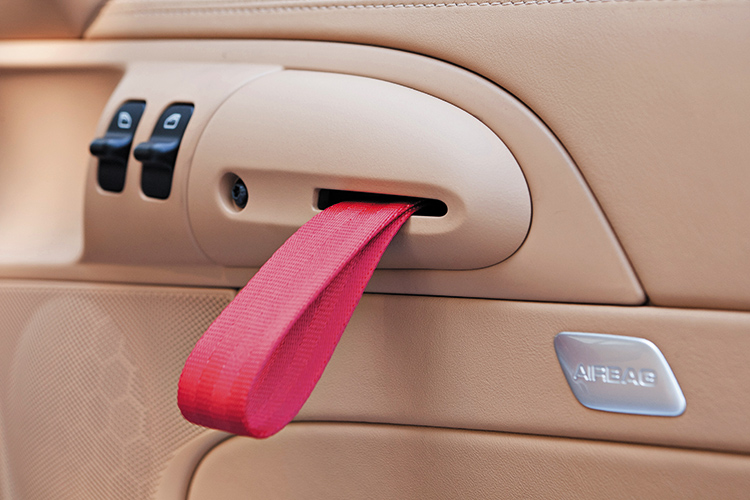 Putting nylon straps in place of metal levers for the doors and removing the side pockets are good moves for a stripped-down sports car, but the “Club Sport” effect would have been stronger with manual window winders.

Air-conditioning is actually optional for this car, but Singapore’s climate makes it compulsory, adding 12kg to the kerb weight. The CDR-30 audio system, also a factory option, is less critical, especially since it has the misleading appearance of a touch-screen but the functions of a basic MP3 stereo. 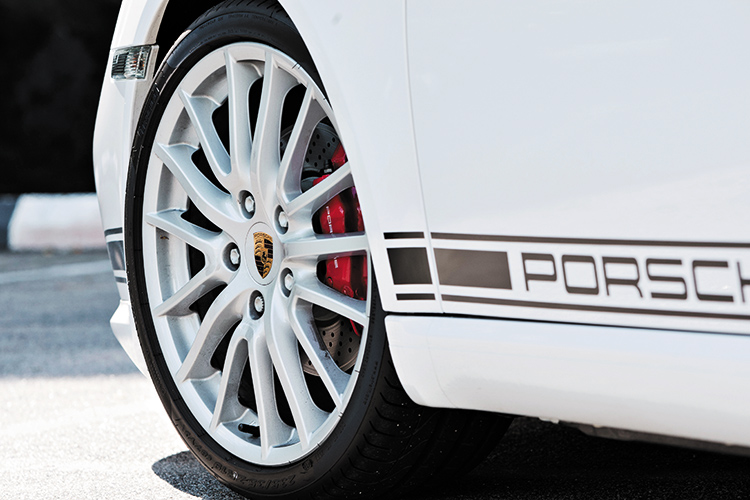 Ultra-light wheels and nylon door openers are part of the “Club Sport” pretence.

You wouldn’t need the hi-fi anyway, because the in-car entertainment is provided by the engine, suspension and steering. The high fidelity is in the drive.

Although the Porsche Cayman R is essentially a modified Porsche Cayman S, the technical tweaks work so well together that it feels naturally fast, rather than artificially faster. 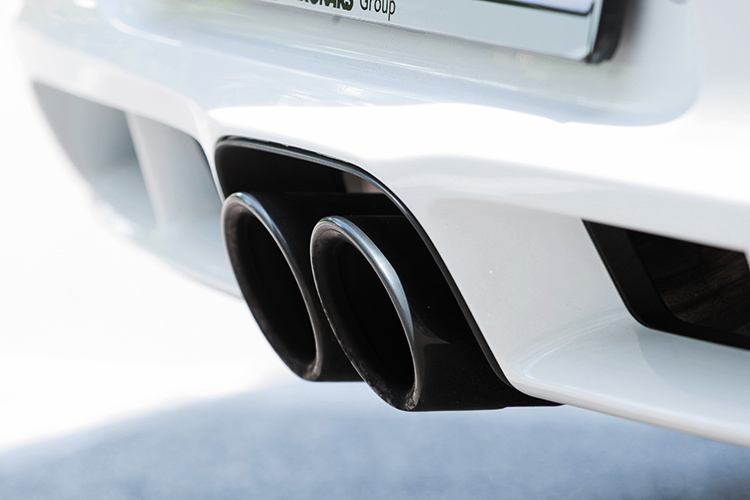 The 3.4-litre horizontally opposed 6-cylinder develops just 10bhp more than the 320bhp unit it is based on, but the modified exhaust header, “electrified” throttle response and reduced internal friction enable the flat-6 to breathe better and heave harder.

Helping it along is a 7-speed PDK transmission (complete with the Sport Plus rapid-fire shifting mode) that operates more enthusiastically than in lesser Caymans. 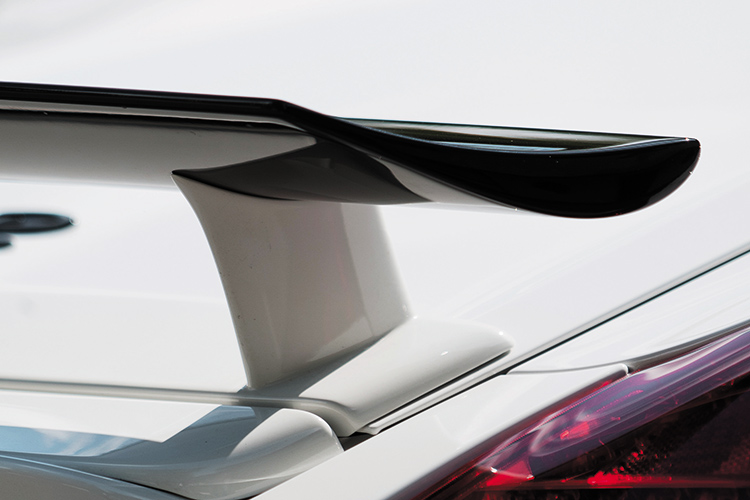 In the chassis department, the R sits 20mm closer to the tarmac than the S, has a 22mm lower centre of gravity and uses bespoke anti-roll bars, while the suspension employs stiffer springs, wider tracks (due to the altered offset of the upsized wheels), single-stage dampers (electronically controlled adaptive damping is available for other Porsche Cayman models) and a mechanical rear limited slip differential (LSD).

The brakes have been carried over, but there is an expensive carbon-ceramic option (with same 350mm disc size as the 911 Turbo).

The standard anchors are powerful enough and they need to be, because the Porsche Cayman R is capable of serious acceleration. It races to 100km/h from standstill in just under five seconds, and carries plenty of velocity through corners with little effort.

The hydraulic power steering feels heavy during slow manoeuvres, then lightens beautifully at speed, effecting directional inputs incisively. The handling is vigorous, but never to the point of nervousness, while the feedback from the front wheels through the steering wheel to both hands is like an honest conversation between close friends.

“Torque-ing” aloud is the mid-mounted boxer engine. It might not be as smooth as Subaru’s defunct (and underrated) 3-litre flat-6, but it is throaty and tractable.

The Porsche Cayman R needs loads of revs to perform at its peak, and the drivetrain obliges with little prompting. A pair of PDK paddles (left for downshift and right for upshift – far more logical than the widely criticised button arrangement) provide a useful manual override option. 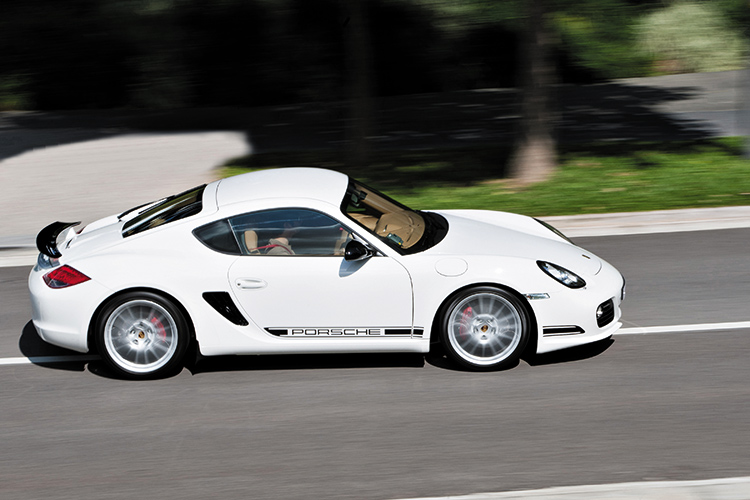 Precious few sports coupes, regardless of price, perform as sweetly as this fella.

The racy handling exacts a ride comfort penalty. Then again, this is a true-blue Stuttgart sports car, so the occasional bumpiness and unusual resonance from the rear (could be the tyres or exhaust silencer) should be acceptable to the petrolhead.

The structure is very rigid, so even the worst bumps do not upset the integrity of the body or the perfection of the sitting position (appropriately secured with red seat belts).

The classic Porsche Cayman “problems” of shaky stalks, cheap console buttons and clunky key do not detract from the sheer “rightness” of the cockpit and its driving-related controls. 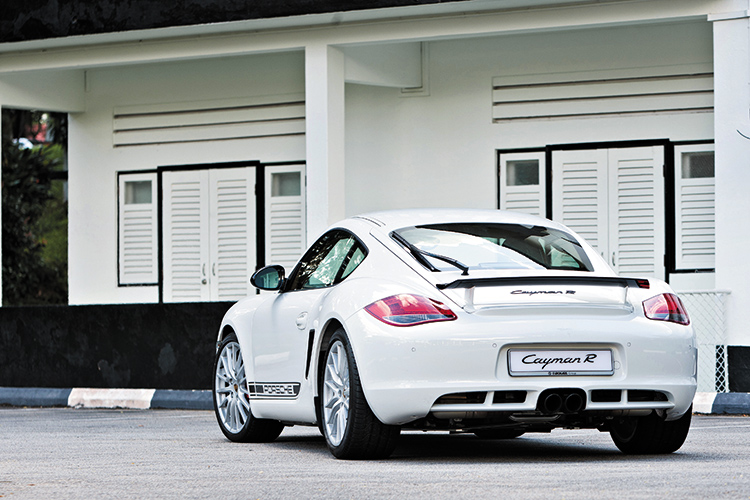 Nimble, eager to rumble and pure fun to drive hard, the Porsche Cayman R is a crocodile that rocks. Let this reptile roam free and enjoy its performance.

Porsche 718 Cayman GTS is a Cayman made more manly