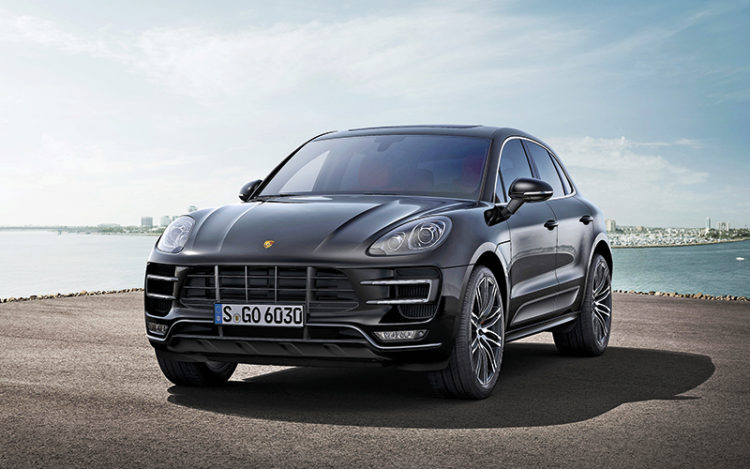 It’s an open secret that Porsche’s hot new SUV is based on the six-year-old Q5 (updated two years ago), but Porsche emphasises that two-thirds of the Macan are bespoke. Coincidentally, the last Q5 I drove was the SQ5, the rapid 3-litre supercharged variant with 354bhp, 470Nm and a century sprint timing of 5.4 seconds.

The Macan S, with its 3-litre twin-turbo V6 producing 340bhp and 460Nm, has a slightly lower output than the SQ5, but the ample torque arrives early (at 1450rpm) compared to the Audi, and the 7-speed PDK dual-clutch transmission works quickly. 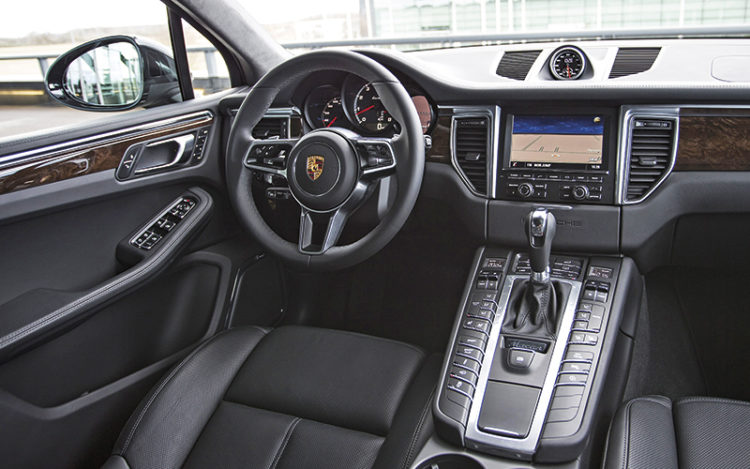 Commanding Cayenne meets compelling Cayman in the Macan cockpit, in which the highlight is its 918-inspired steering wheel.

It works even more promptly with the Sport Chrono option, which offers Launch Control that cuts the century sprint timing from 5.4 seconds to 5.2. That’s quicker than the Cayman, a dedicated 2.7-litre flat-6 Porsche coupe. The Macan stops very well, too – its disc brakes bite as gently or as fiercely as I like, with a brake pedal that’s been calibrated perfectly for every stopping scenario.

The Macan S sounds promising when started up, with a small explosion of V6 revs and a big bark from the exhaust pipes, followed by a purposeful burble as the engine idles. On the go, there’s no lag in both the turbocharged output and the throttle response – the car speeds up without any hesitation, seeing 200km/h before the rate of acceleration begins to taper off.

The top-of-the-line Macan Turbo, with a punchy 400bhp and 550Nm from its 3.6-litre twin-turbo V6 (essentially a stroked-up version of the 3-litre motor), goes and sounds faster than the already lively Macan S, but doesn’t feel much faster at first on Leipzig’s single-lane country roads.

Only on the autobahn does the greater vigour become obvious – unlike the S, which loses some steam after the needle swings past “11 o’clock” on the speedometer, the Turbo continues to accelerate like a Teutonic rocket above 200km/h, hitting 220km/h in a jiffy and touching 240km/h with just a bit of extra mechanical effort.

Also, the full-blown upshifts by the PDK dual-clutch transmission are more brutal in the Turbo than in the S, whose gearchanges seem to be smoother across the board.

If the unrestricted German highway is long enough and the high-speed traffic is light, I reckon the Turbo could cruise happily at 200km/h to 220km/h for an hour or two without the driver getting tired. Good thing, too, that the car comes with a 75-litre fuel tank instead of the 65-litre petrol container in the Macan S.

Cruising at any speed, the car is unflappable and comfortable, especially if it’s equipped with PASM (Porsche Active Suspension Management). This electronically controlled system continuously regulates the damping force according to the motoring conditions and driving style, with the driver also able to select one of three suspension maps: Comfort, Sport and Sport Plus.