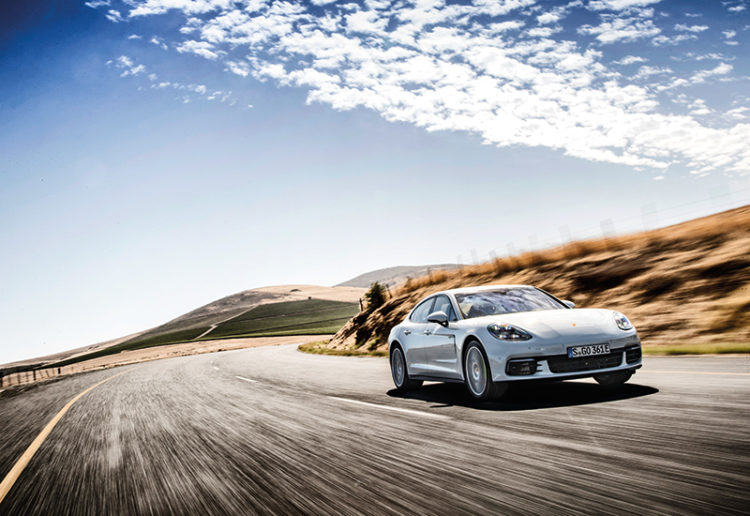 Toyota is a perfect example of this. The brand’s Prius model is the benchmark when it comes to green motoring.

Manufacturers such as Porsche, on the other hand, create hybrids for the sole purpose of demonstrating that they can create green cars with devastating performance.

Indeed, Porsche’s halo model is the limited-edition 918 Spyder – a hybrid hypercar capable of lapping the Nurburgring in less than seven minutes. Six minutes and 57 seconds, to be exact.

So when Porsche says that their inspiration for the new Panamera 4 E-Hybrid is the 918 Spyder, you’d better believe that they’re dead serious. 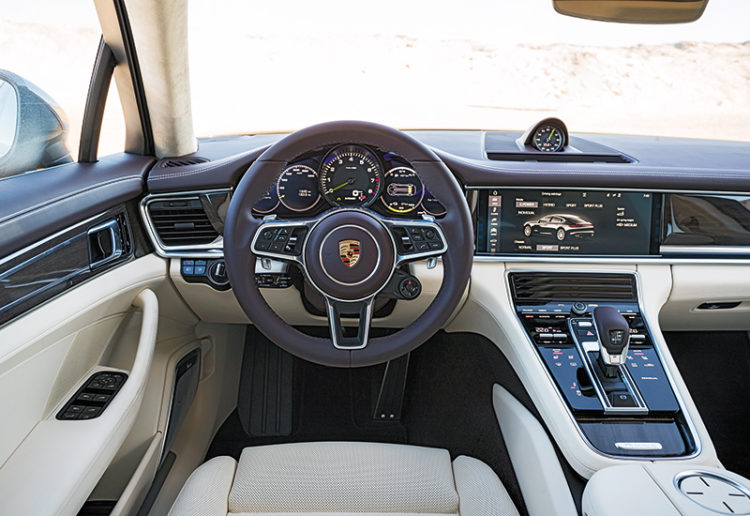 Walk up to this fastback saloon and you’ll immediately notice that it has more road presence than its predecessor, the Panamera S E-Hybrid.

Seeing this, I began wondering how Porsche was going to make this sizeable all-wheel-drive fastback consume even less fuel than the older model, which has a rear-wheel-drive layout.

Perhaps this would be accomplished by the slightly smaller engine. The Panamera 4 E-Hybrid has a turbocharged 2.9-litre V6, whereas its predecessor has a supercharged 3-litre V6.

But when I read how much more muscle the new E-Hybrid has, I really began doubting the car’s green credentials.

With its engine and electric motor at full tilt, the Panamera 4 E-Hybrid will deliver 462bhp of power and 700Nm of torque. Those figures eclipse the Panamera S E-Hybrid’s by 46bhp and 110Nm. 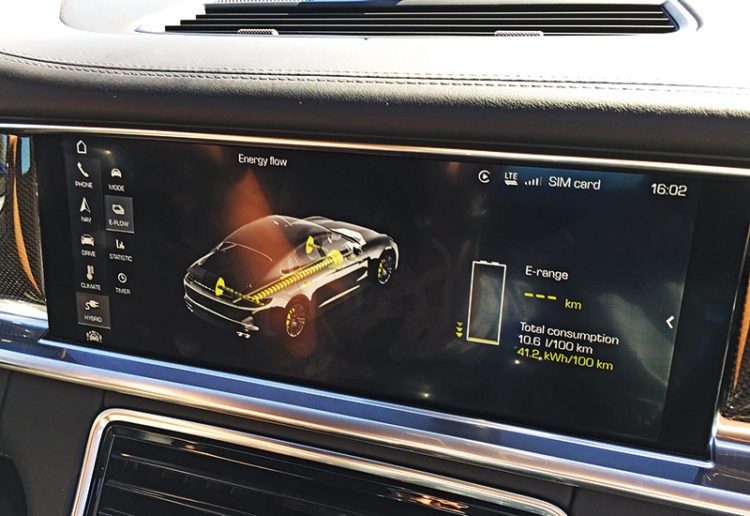 And with the Sport Chrono Package installed, this petrol-electric plug-in hybrid will finish the century sprint in 4.6 seconds. That is as quick as the 911 Carrera with a 7-speed manual gearbox.

That should be enough to elicit a “wow”. But when you consider that this fastback weighs 2.1 tonnes (700kg more than the 911), that zero-to-100km/h time looks even more impressive.

Just as compelling is how this Panamera feels when you’re behind its steering wheel.

Despite its size, the car never feels large. In the previous-gen Panamera, you had to drive it reasonably quick in order to feel the car “shrink” around you.

With the new Panamera 4 E-Hybrid’s more muscular powertrain, going quickly is all too easy. 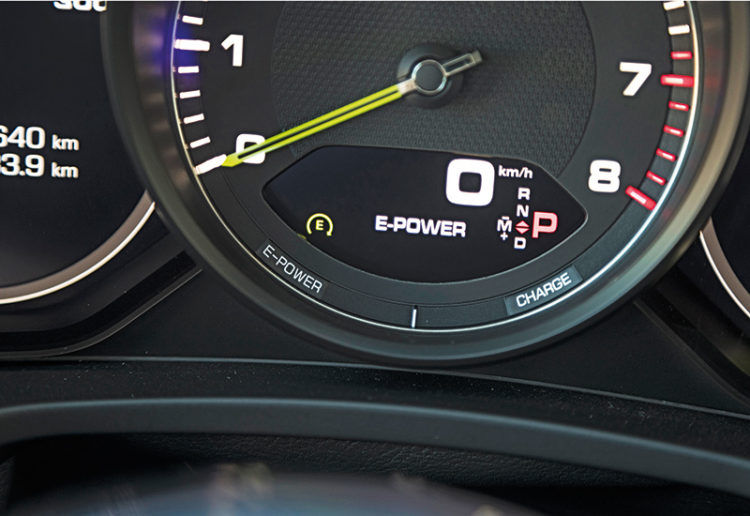 The car starts in the fully electric E-Power mode, propelled by its 14.1kWh lithium-ion battery, which is substantially more powerful than the preceding model’s 9.4kWh battery.

Unfortunately, the battery in my test-car had been emptied by the previous pair of journalists who drove it. So, I had no choice but to drive it mostly in Hybrid Auto mode.

In this setting, the Panamera automatically chooses whether to use the V6, electric motor or both powertrains to drive the car, whilst also charging the lithium-ion battery.

Again, since said battery was flat, the electric powertrain couldn’t take over from the V6 for more than a few moments. I set the car to E-Charge and managed to juice up the battery just a tad.

But it didn’t take long for all my eco-friendly intentions to fly out the window. 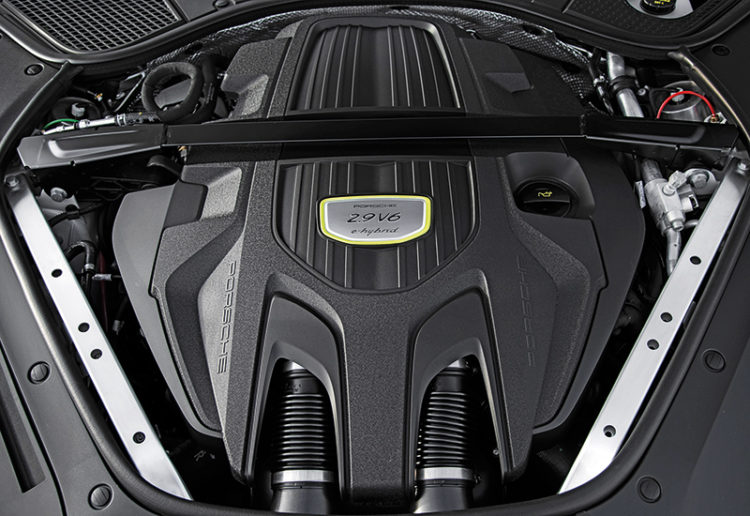 With 462 ponies and 700Nm under my right foot, it was difficult to resist overtaking and blasting past slower cars at every opportunity.

It doesn’t help that Porsche configured this fastback for on-demand power delivery.

Every prod of the throttle unleashes the power of both powertrains, whereas in the preceding model, the accelerator has to be depressed 80 percent of the way before the electric motor kicks in.

Before long, I gleefully selected Sport, and later, Sport Plus using the dial on the steering wheel. These settings, however, should just have been called F (Fast) and RF (Ridiculously Fast). 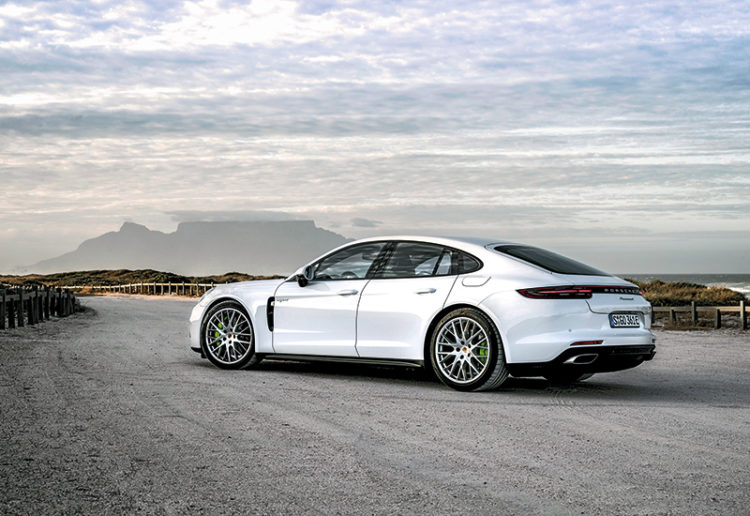 Indeed, the Panamera 4 E-Hybrid feels more at home rocketing down open roads and conquering corners than being driven in an eco-friendly manner.

And my test-car, which was inexplicably shod with optional 21-inch wheels (two sizes larger than standard), enabled me to easily tackle tight bends that would have upset lesser limos.

During the final 20km of my 60km drive, I decided to take it easy and attempted to eke out a decent fuel economy figure.

Alas, the combination of the flat lithium-ion battery and huge wheels took their toll. Despite my efforts, I only averaged 8.6km per litre – much worse than Porsche’s stated average fuel consumption for the car.

But I shouldn’t complain. After all, Porsche did say that this executive rocket is inspired by the 918 Spyder and exists to prove that green cars can have devastating performance, too. 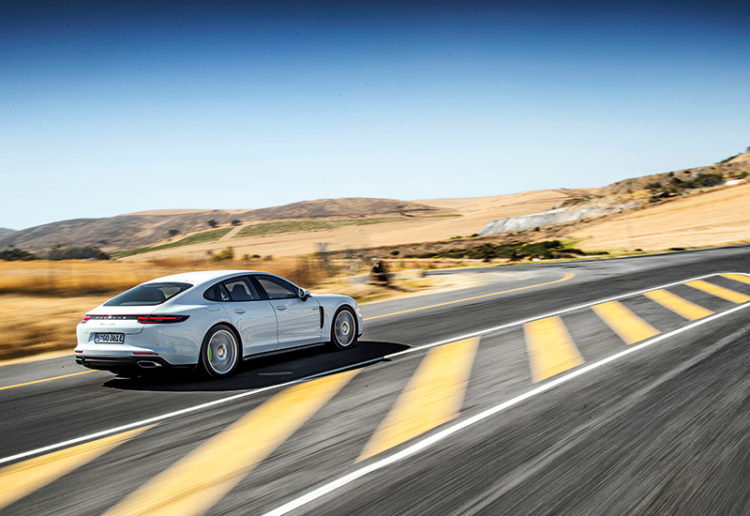